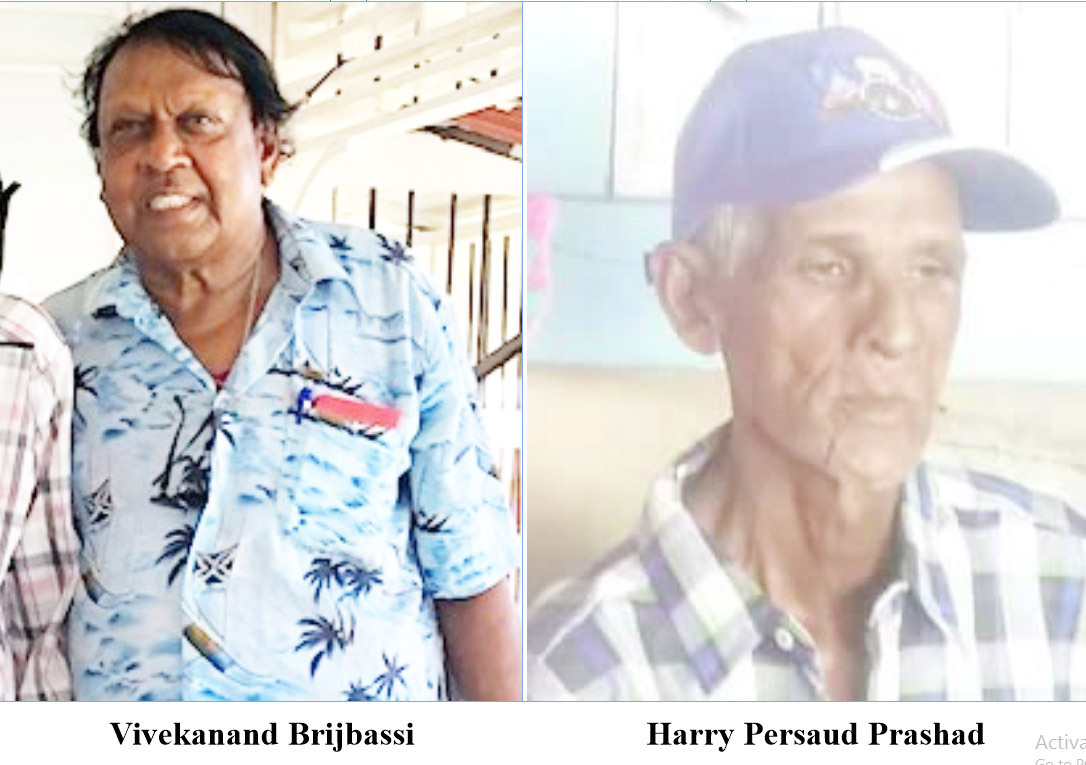 A Corentyne youth has confessed to being involved in the murders of Canadian hotelier, Vivekanand Brijbassi and his watchman, Harry Persaud last year, police sources say.

Based on information received, the Major Crimes Unit of the police force was  present in the region over the weekend investigating the double murder which resulted in several suspects being rearrested.

One of the suspects was reportedly found in possession of a cellphone belong-ing to Brijbassi which saw investigators homing in on him. After intense interroga-tion, the man reportedly confessed to investigators.

Further, a firearm suspected to have been used in the commission of the murder has since been found in the suspect’s yard.

The suspect told investigators that he had an accomplice and this person has since been arrested.

Stabroek News was told that the suspect who confessed was one of the persons who Brijbassi accused of stealing from him previously.

The decomposing bodies of Brijbassi, also known as ‘Vaker’, 71, the owner of Sunsplash Holiday Beach Resort located in Number 63 Village, Corentyne, and Persaud, 59, of Number 68 Village, Corentyne, were found bound and gagged in the balcony area in the upper flat of the two- storey concrete building in late December last year.

The police had said that Brijbassi was discovered with two toes from his left foot severed while Persaud was found with both hands tied behind his back onto a post and his left foot completely severed from the ankle. It is suspected that the men were killed sometime between December 19, 2019 and December 27, 2019, when the discovery was made.

Brijbassi reportedly arrived in Guyana on September 20, 2019 and was last seen by his sister Krishna Boodram on December 19, 2019, when he visited her home and had dinner with her.

She had related that her brother had been afraid of staying at the hotel but it seemed that he had made up his mind to stay there. After she questioned him about whether or not he was scared to reside at the building, he had told her that he had two friends staying with him, one of whom was identified to be Persaud.

Stalin style shoot him if he is found guilty.

Stalin style shoot him if he is found guilty.

Don't be so hasty. This is Guyana. We know how the GPF operates. They would sometimes torture a confession out of people just to make a case.

However, if the article is true, then the young man should pay for his crimes.

The youth and his sidekick had to be high on something to kill the businessman and his partner. As the story detailed, the confessed youth steals from the business before. Corentyne is known for crackheads, especially in the 63 beach areas. This was the same place where a moneychanger met his demise from youths who conned him to come to change money for them. BTW, these young killers are Indos.

The youth and his sidekick had to be high on something to kill the businessman and his partner. As the story detailed, the confessed youth steals from the business before. Corentyne is known for crackheads, especially in the 63 beach areas. This was the same place where a moneychanger met his demise from youths who conned him to come to change money for them. BTW, these young killers are Indos.

And how do you know this Dr. Einstein? Are you a frequent visitor at the beach? Is NY or LA a known crackhead hangout? Oh learned one, let me remove some of your ignorance about Corentyne. It is the safest place in Guyana. Guyana has crackheads all over the place. Have you gone back and check out where you grew up? Stop making a fool of yourself. The world knows you are an ignorant fool.

HOMELESS Homeless People Are Without Toilets and Going in the Streets. We Asked the Mayor of LA Why By Joel Grover and Amy Corral •...
1 minute ago

The judge probably will credit him with time spent in jail so he should be out soon. American Justice, the rich gets away with murder,...
8 minutes ago

Comrades meh Skont. The PNC time done, we do not use the word comrade anymore
17 minutes ago

Ralph Ramkarran, A New & United Guyana.. will he make it to the finish line...
37 seconds ago

Sean, India built a Wall for your boy Trump
40 seconds ago