Goodness gracious me! The Simpsons is most surely missing the point. Apu, the Hindu shopkeeper at the Kwik-E-Mart convenience store in the long-running cartoon series has, reportedly, been dumped from the show, following complaints that his character is a racist misrepresentation of South Asians.

In particular, he’s got a ‘funny voice’. Condemned as a stereotype, Apu has become the target for a campaign of hand-wringing and virtue-signalling.

The faux outrage completely ignores the fact that, in the fictional town of Springfield — a place not noted for its intellectuals — Apu Nahasapeemapetilon is well-read and armed with thoughtful opinions.

Top of his class (of seven million) at technical college in Calcutta, he also has a PhD in computer science and is a member of Mensa. He is unfailingly polite to his customers, always wishing them well with his catchphrase, ‘Thank-you-come-again’. 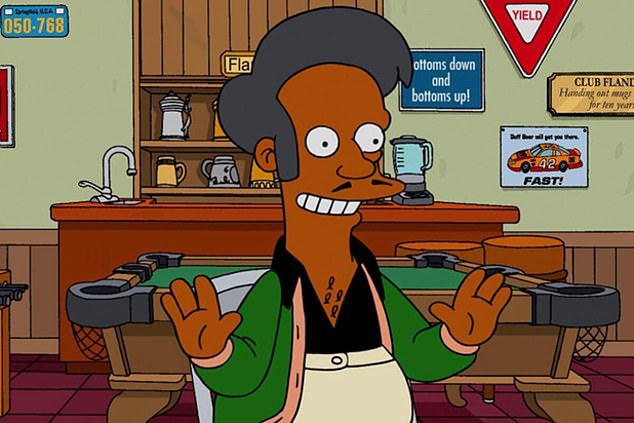 Sunil for a moment I thought you left out the letter "N" from your subject line.

Me too. I was about to throw a big party.

Sunil for a moment I thought you left out the letter "N" from your subject line.

Me too. I was about to throw a big party.

Sign In To Reply
Post
Current Visitors: 116 (2 members, 114 guests)
Welcome to the Original Guyanese Discussion Forums, first established in 1996. Here you can discuss, ask questions or generally debate anything related to politics, movies, music, health or just gyaff away your day/night here. A note of warning, the Political forum is not for the faint of heart.  We do have some rules, so please adhere to them .
Do not post any messages that are obscene, vulgar, sexually-orientated, racist, hateful, threatening, or that otherwise violate any laws. Do not post any messages that harass, insult (name calling), belittle, threaten or mock other members.