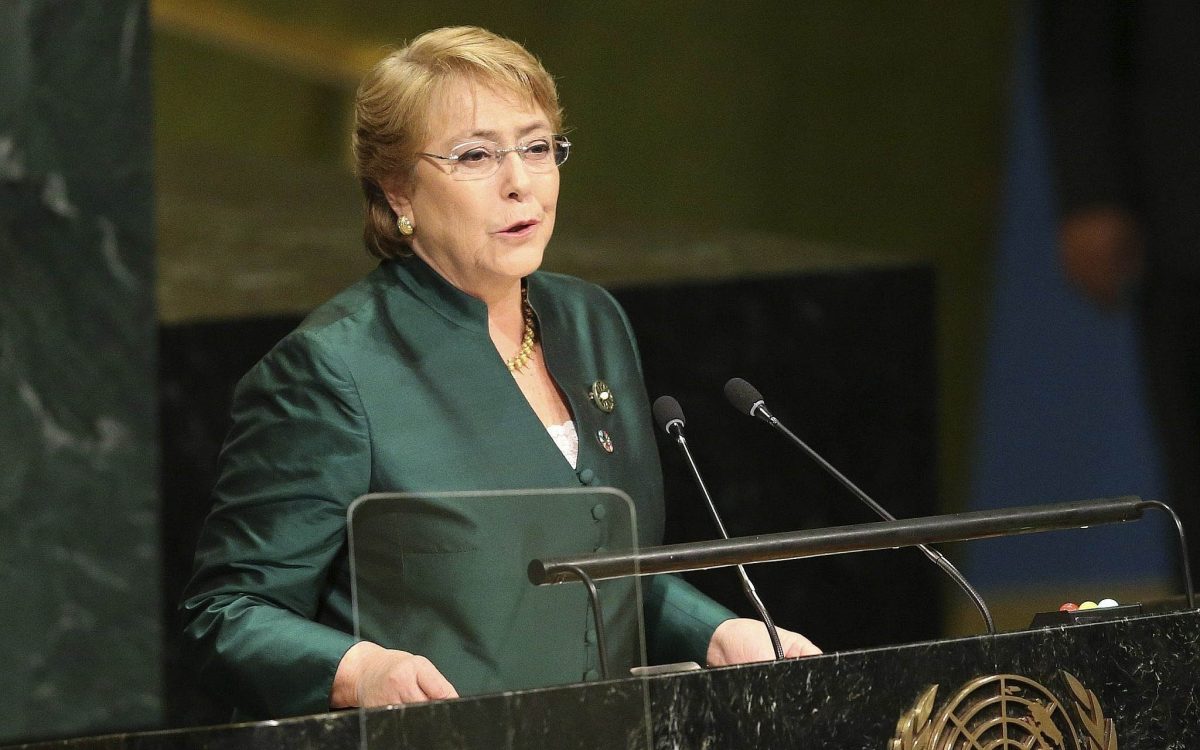 In that process, the UNHRC said that it and other UN entities are willing to provide support and that this country should embrace similar support from international organisations.

“I look forward to discussing with you ways in which my Office may assist Guyana in relation to the areas identified in this letter and its annex,” Bachelet wrote to Minister of Foreign Minister Hugh Todd, copied to Minister of Parliamentary Affairs and Governance Gail Teixeira.

Bachelet, a former two-term President of Chile,  in the letter also called for a national mechanism for comprehensive reporting and follow-up in relation to the recommendations.

The letter followed Guyana’s  Universal Periodic Review (UPR) in January of last year; a process which involves a comprehensive review of the human rights records of all UN Member States, and Bachelet wrote in follow up to number of areas raised in the report.

The letter, sent on December 4, 2020, and published by the UNHRC, was also copied to this country’s UN Resident Coordinator, Mikiko Tanaka and had an attached annex from which this country could use the recommendations as a guide.

Bachelet encouraged Guyana to establish a national mechanism for comprehensive reporting and follow-up in relation to recommendations received from all international and regional human rights mechanisms and to treaty obligations, while linking them to the Sustainable Development Goals. She “strongly” recommended that the OHCHR’s (Office of the United Nations High Commissioner for Human Rights) practical guide on the topic, be used.

“I would like to take this opportunity to follow up on a number of areas raised in the two reports that my Office had prepared for the review of Guyana – the Compilation of United Nations information and the Summary of Stakeholders’ submissions – which I consider in need of particular attention over the next four and a half years, until the next cycle of the UPR,” Bachelet wrote.

“In identifying those areas, I have considered the statements and/or recommendations made by 76 delegations and the presentation made and responses provided by the delegation of Guyana. I have also considered the actions taken by the Government of Guyana to implement the 88 recommendations supported during the second cycle of the UPR. The aforementioned areas cover a range of issues, which appear in the annex to this letter,” it added.

It is unclear if Bachelet’s letter was responded to but Minister of Foreign Affairs Hugh Todd told Stabroek News that he would provide an update today on Guyana’s actions in relation to the letter.  There has however been no known initiative by the PPP/C government since December last year for the creation of a national human rights action plan.

“I encourage Guyana to develop a comprehensive national human rights action plan in order to achieve concrete results in the areas highlighted in the annex to this letter and to facilitate preparations for the fourth cycle of the UPR,” the letter had said.

The UNHRC Commissioner also pointed out that she was sharing advice to the process with all member states with a view to assisting them with the implementation of the recommendations, following the review.

Bachelet welcomed Guyana’s  commitment to strengthen the transparency of the electoral process. She said that this was highlighted by the support expressed to relevant UPR recommendations and reiterated by the delegation during the adoption session of the outcome report on the review.

She said that she was “also encouraged by the decision of Guyana to undertake a participatory process of constitutional reforms to ensure inclusive governance and respect for human rights, social harmony and reduced inequality for all.”

Sign In To Reply
Post
Current Visitors: 41 (6 members, 35 guests)
Welcome to the Original Guyanese Discussion Forums, first established in 1996. Here you can discuss, ask questions or generally debate anything related to politics, movies, music, health or just gyaff away your day/night here. A note of warning, the Political forum is not for the faint of heart.  We do have some rules, so please adhere to them .
Do not post any messages that are obscene, vulgar, sexually-orientated, racist, hateful, threatening, or that otherwise violate any laws. Do not post any messages that harass, insult (name calling), belittle, threaten or mock other members.
Do not use profanity, racial, ethnic, religious, or other slurs and stereotypes, or post sexually-oriented material, masturbatory and excretory references, or any other offensive material.

Join Now
Totaram replied:
Global warming is a serious threat to various communities and it is quite clear that unless there are drastic policy changes the climate...
seignet replied:
Re: Sad songs they say….
Demerara_Guy replied:
The location of the proposed Amaila Falls Hydro-power station. Investors invited to kickstart Amaila Falls Hydropower station project...

No pathway to reach the Paris Agreement’s 1.5˚C goal without the G20: UN chief
9 seconds ago

Sad songs they say….
35 minutes ago
This Is the Pad Thai Recipe You Need for Your Better-Than-Takeout Repertoire
1 hour ago

PNCR executive members up pressure on Granger over Congress, `shell’ parties
2 hours ago