Trump supporters standing by their president, predict impeachment will ‘backfire on the Democrats’

“I support the man and what he’s doing,” the Perry, Iowa, resident told Fox News as he was waiting in line to get into the Republican president’s rally Thursday night at Drake University in Des Moines. “He’s fighting for us and that’s big.”

Whiton remains optimistic Trump will win re-election and actually cited the ongoing Senateimpeachment trial of the president as a political plus — despite Democrats' hopes of using those proceedings to stain the president from now through November.

“I think the Democrats are shooting themselves in the foot with all this impeachment crap going on,” he said. 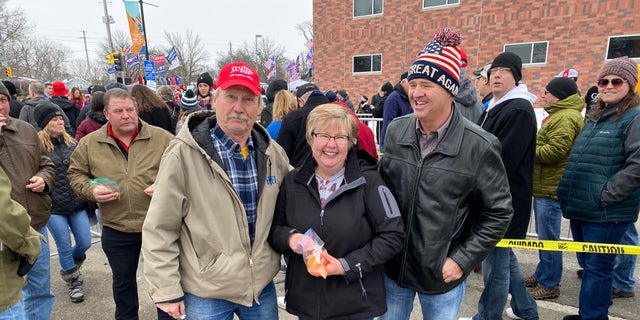 Trump supporter Scott Whiton of Perry, Iowa (on the left) waits in line to enter the president's rally in Des Moines, Iowa, on Jan. 30, 2020

Democrats stress that even if he’s acquitted by the Republican majority in the Senate – which appears all but certain – the president will be tarnished by the mark of impeachment. (Impeachment is "forever," House Speaker Nancy Pelosi likes to say.)

But Trump’s supporters disagree, feeling the impeachment inquiry and trial will come back to bite the Democrats in November’s general election.

'I think the Democrats are shooting themselves in the foot.'

Brandon Point of Humboldt, Iowa, argued that impeachment “is going to backfire on the Democrats real good.”

Aaron Creger of Des Moines said that impeachment “helps [Trump] because everyone realizes it’s just the left’s agenda to try to bring up something to distract… everybody’s seeing it’s just a big scam.”

Pamela Klein of Norwalk, Iowa, predicted it would be Trump in “2020 for sure. No doubt.”  She emphasized that impeachment “helps him.” 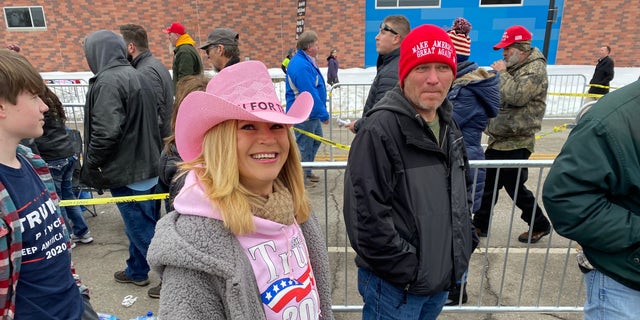 And Ronnie Drake said that "more people are supporting him every day" due to impeachment, which she called an attempted "coup."

The president made the same case inside the arena at Drake University, highlighting again in an exclusive interview with Fox News’ Peter Doocy that the impeachment trial is “ a hoax. It should have never taken place. It should never been allowed to happen.” 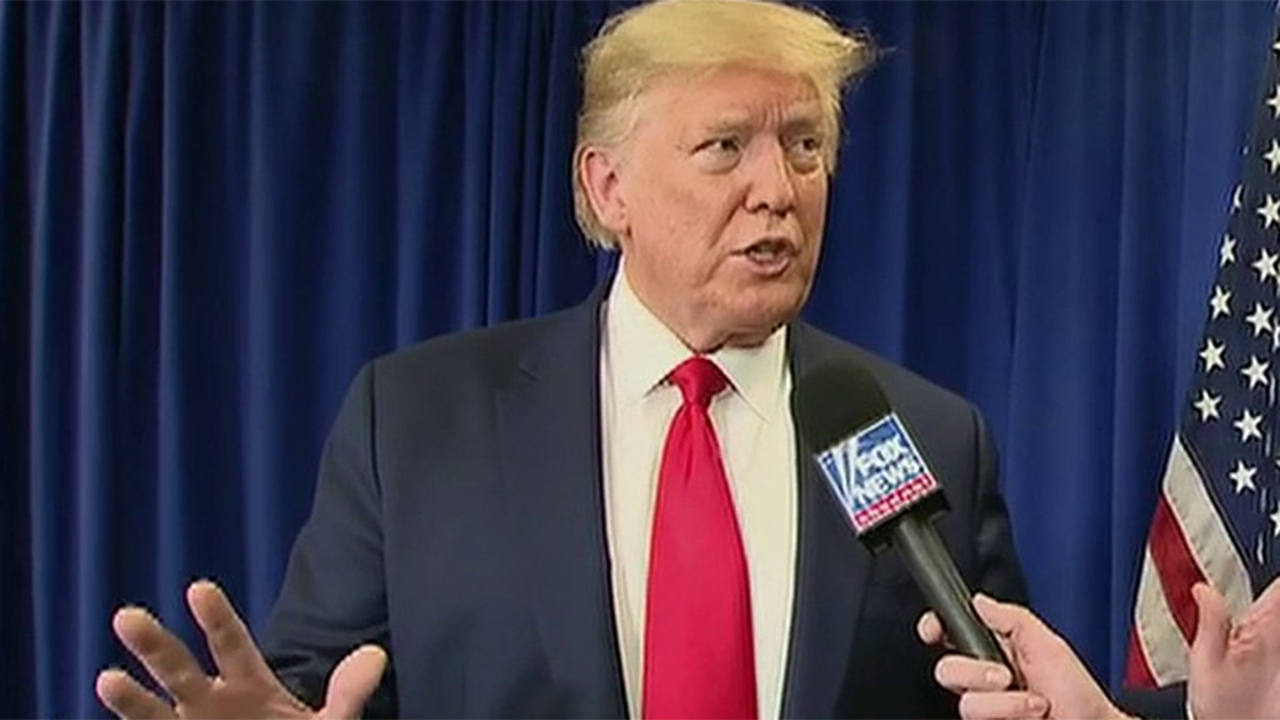 Trump was joined at the rally by Vice President Pence – as more than 80 members of the administration, Republican lawmakers and officials from across the country, and top members of his re-election team fanned out across Iowa in support of the president. The full-court press was a move by Trump’s team to energize Republican voter turnout at the caucuses as well as grab a share of the national media’s spotlight with just four days to go until the caucuses kick off the presidential nominating calendar, with attention mostly on the Democratic race.

Iowa could play an influential role in the outcome of November’s general election. It was narrowly carried by the Democrats in the 2000 election and then by Republicans in 2004. But then-Sen. Barack Obama captured it by 10 percentage points in the 2008 election and 6 points in his 2012 presidential re-election. Trump won Iowa by nearly 10 points four years ago.

Pointing to a poll released last weekend by the New York Times and Siena college that indicated him topping all the top contenders for the Democratic nomination in hypothetical general election matchups, Trump told Fox News: “I think we’re doing very well in Iowa. You saw the polls. I’m beating every single one of them.”

And in the interview, the president touted that “Iowa is doing better than they’ve ever done. And now, they’re really going to start to do well because of the new trade deals that we have.”

Trump told the crowd inside the arena that due to the trade deals, "you're going to make a lot of money.”

And his message to the farmers in the audience was “you’re going to have to get bigger tractors and a hell of a lot more land.”

But he warned that “If we don’t win, your farms are going to hell.”

2020 Watch: @foxnewspolitics speaks with @realDonaldTrump supporters gathered at Drake University in Des Moines, Iowa, ahead of the president's rally there tonight.. #IACaucus #2020Election 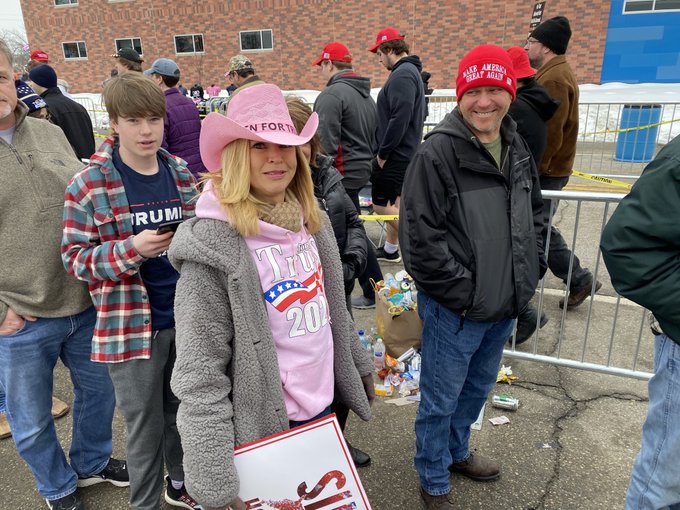 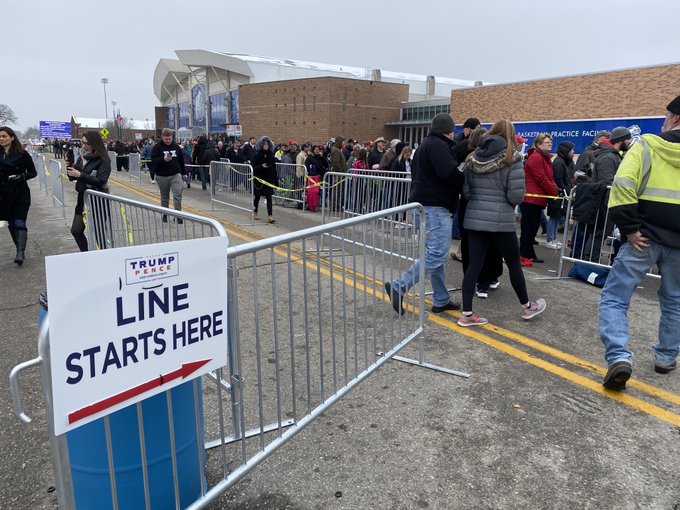 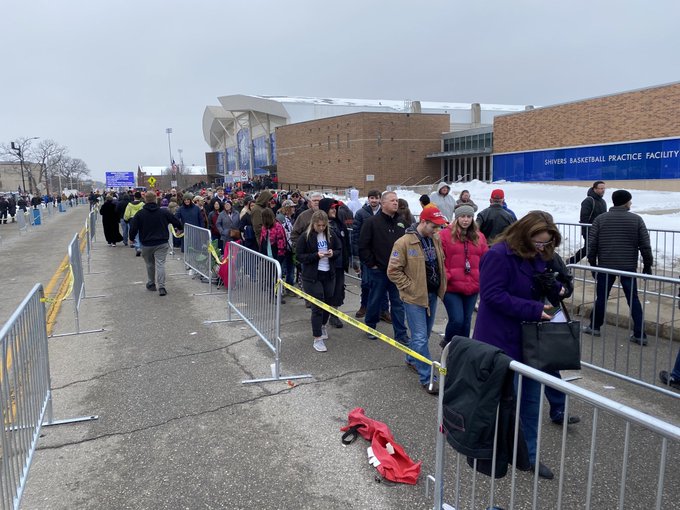 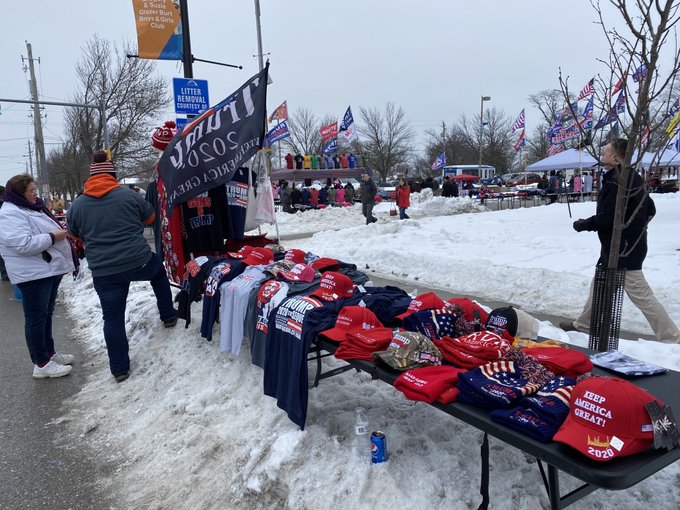 Outside the arena ahead of the rally, Creger predicted that Trump will “take Iowa easily… everybody that I know that supported him four years ago still is on his side. I don’t have anybody that I know who’s changed their stance, so that’s why I’m confident.”

Grant Kuehnast also felt strongly that the president would win a second term in the White House. The Humboldt, Iowa, resident said he liked Trump’s “message four years ago,” adding that as president “he’s delivered on most of the promises he’s made, so I can respect that.”

Tim Curnyn of Dennison emphasized that “Iowa is still going to go for the president and the Republicans.”

And joining others in the crowd who spoke with Fox News, he said the impeachment saga would motivate Trump’s base.

“It helps him as he runs for reelection because people are pretty upset about it and it makes him more fired up and gives us more of a drive to win,” Curnyn stressed.

Join Now
Demerara_Guy replied:
Eventually, a decision will be made on the selection for one of the option.

cain replied:
I look at the positive, lots of flame to light up my joints. Actually I am back down in the Kawarthas, still two hrs away from T.O. I...

Mitwah replied:
Goat or sheep liver and heart are better for the pachownie.

Leadership transition in the PNCR
28 minutes ago

Natural Resource Fund: the right rhetoric but no credible commitment to transparency
48 minutes ago