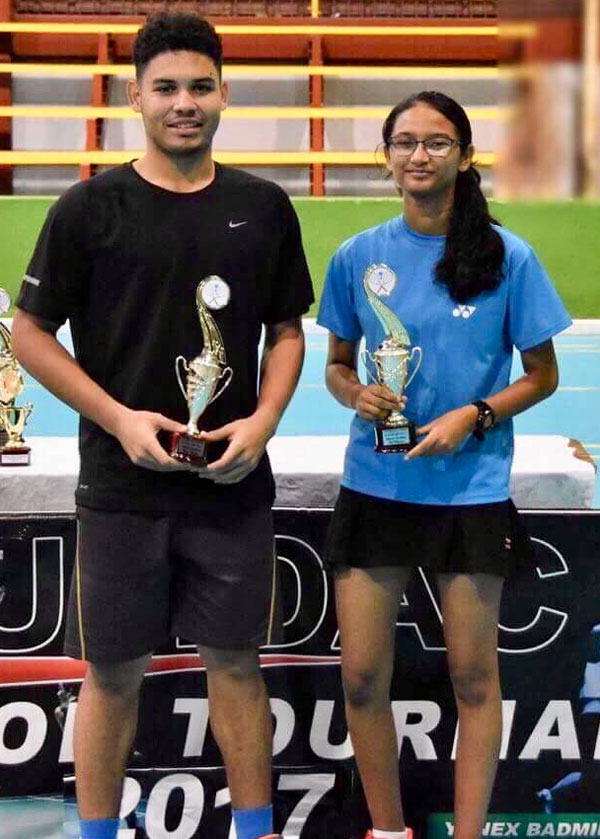 The Camp organized by the Panam Sports and Badminton Panam Confederation and endorsed by the Guyana Olympic Association will see World Ranked Players from the Panam Region taking part. Guyanese players taking part also were chosen because Guyana’s Narayan & Priyanna Ramdhani are in the world rankings in the Badminton World Federation listing and because of this we were given two spots to attend this Camp. Narayan is scheduled to be at the Commonwealth Games in Australia 2018 therefore Guyana’s number 2 ranked player Jonathan Mangra was sent in his place.

This Camp will benefit the Guyanese Players as it will give them more ranking points and a place in the CAC Games scheduled to take place in Colombia in July 2018.

Welcome to the Original Guyanese Discussion Forums, first established in 1996. Here you can discuss, ask questions or generally debate anything related to politics, movies, music, health or just gyaff away your day/night here. A note of warning, the Political forum is not for the faint of heart.  We do have some rules, so please adhere to them.
Join Now
Banks DIH expanding into auto sales, energy services – Reis
Don’t approve Payara plan until Exxon improves deal in big way - -Mangal
List-joining parties in debut at Stabroek Market
Bushlot man hangs self after chopping wife
Bryn Pollard passes away at 92
GECOM Chair says elections will be free and fair - -cites safeguards
Gov’t says taking steps to counter any coronavirus cases
Chief Election Officer cautions about converging around polling stations
Current Visitors: 204 (8 members, 196 guests)
True. But those two parties have been standing from the beginning of Guyanese local politics. The other parties come and go mostly...
24 minutes ago

Trump did. And currently he is leading the US to shame too. But leh we don't focus too much on that buffoon. Leh we continue pressuring...
30 minutes ago

That could be the answer to Guyana's stale booze politics. Unfortunately, from past experiences, those smaller parties become a pawn for...
32 minutes ago

Do buffoons become billionaires and President of the United States? We should leave those titles for those who have led their countries...
38 minutes ago

Bryn Pollard passes away at 92
4 minutes ago

Why the political banners?
24 minutes ago

The PNC continues to manifest disturbing ingratitude
41 minutes ago

“Flags don’t win elections, but votes do” – Jagdeo
1 hour ago
Put somethings in order
9 hours ago