This impeached, one-term president refused to go to his successor’s inauguration. Now Trump will do the same.

It’s been 152 years since Andrew Johnson decided not to attend the swearing-in of Ulysses S. Grant The peeved president decided to skip his successor’s inauguration ceremony.

The year was 1869, and the president was Andrew Johnson, who detested incoming President Ulysses S. Grant. The feeling was mutual. Grant refused to ride in the same carriage with Johnson to the Capitol.

Now the country faces a much uglier transfer of power between President Trump, who maintains the election was stolen from him, and Joe Biden.

On Thursday night, as calls grew for his removal from office in the wake of a violent attack on the U.S. Capitol by his supporters, Trump finally acknowledged there will be a new president on Jan. 20 and pledged a “smooth, orderly, seamless transition of power.”

But on Friday morning, Trump tweeted that he would not attend Biden’s inauguration, which would make him the first president to skip his successor‘s swearing-in since Johnson 152 years ago.

To all of those who have asked, I will not be going to the Inauguration on January 20th.

Johnson decided to be a no-show at Grant’s inauguration at the last minute.

In February 1868, Johnson became the first president ever impeached by the House after he fired Stanton in violation of the Tenure of Office Act, which barred dismissing appointed officials without Congress’s consent. Grant supported the impeachment. He and Johnson hotly accused each other of being liars. The Senate acquitted Johnson by one vote.

Johnson was so unpopular that the Democrats didn’t nominate him for a second term in the 1868 election. The Republicans ran Grant, who won easily. Now the two old foes would be together for the transition.

The first sign of trouble surfaced in early January in news reports that Grant indicated “he will not occupy the same carriage with Mr. Johnson going to and from the Capitol.” The inauguration committee came up with a compromise plan for the two men to ride in separate carriages. Johnson’s carriage would go up the right side of Pennsylvania Avenue and Grant’s up the left side.

Johnson didn’t make a public response, but Grant’s snub offended Navy Secretary Gideon Welles. At a Cabinet meeting in January 1869, Welles suggested to Johnson that he skip Grant’s inauguration on March 4, because the president-elect was “so disrespectful and wanting in courtesy.” Welles noted Johnson wouldn’t be the first president to miss his successor’s inauguration. John Adams had stormed out of Washington at 4 a.m. the day of Thomas Jefferson’s inauguration in 1801. His son President John Quincy Adams left Washington the day before the 1829 swearing in of Andrew Jackson, whom Adams despised.

(Often overlooked is that President Martin Van Buren didn’t attend the 1841 inauguration of William Henry Harrison, even though the two men were friendly. No one is sure why.)

Johnson warmed to Welles’s suggestion. At the next Cabinet meeting, the president told Cabinet members, Welles wrote in his diary, that “we owed it to ourselves to take the ground that we could not, with proper self-respect, witness the inauguration of a man whom we knew to be untruthful, faithless and false.” Trump’s interest in buying Greenland is being mocked. So was the purchase of Alaska.

Treasury Secretary Hugh McCulloch also was “itching” to go and argued that by not going, Johnson would “look small,” Welles wrote in his diary. Attorney General William Evarts urged that the president and Cabinet members go as a group.

To Welles’s chagrin, at the March 2 Cabinet meeting, Johnson agreed that he and his Cabinet members should attend Grant’s inauguration together. Welles complained “so we are likely to form part of the pageant — be a tail to the Grant kite.” The plan was to gather at the White House on the morning of March 4.

Then Johnson changed his mind.

On a cold inauguration morning, Welles was the first to arrive at the White House. He wrote that he shook hands with Johnson, who “said quietly I think we will finish our work here without going to the Capitol.”

The other Cabinet members began drifting in. McCulloch “was disappointed and disturbed” by Johnson’s decision. Evarts was determined to change the president’s mind and wouldn’t take off his overcoat. Seward arrived last, smoking a cigar. He was unaware of what was going on. As Johnson worked at his desk, Seward “asked aloud if we would not be late, ‘Ought we not start immediately?’” Welles wrote in his diary.

Johnson informed him that he was inclined to “finish out our work here.” What nobody knew until later was that the president had sent Grant a letter the previous day suggesting that they ride together to the ceremony. Grant didn’t reply.

The public knew nothing of all this. About a half-hour before the noon ceremony, Grant arrived in his open carriage at the White House where an empty carriage was waiting for Johnson. A crowd had gathered as soldiers of Dupont’s light artillery battery stood at attention in front of the mansion.

One soldier was “waiting to fire the gun which was to be the signal to the whole city that President Johnson had entered his carriage,” the New York Herald reported.

“A few minutes passed in silence, while all eyes were turned toward the lofty portal of the White House, eager to behold the appearance of the outgoing president. But they looked in vain,” the Herald reported.

“Notice was given that the President was too much engaged to join the procession.” The soldier fired his signal gun, and the procession headed toward the Capitol. The president’s carriage was missing.

As his successor was about to be sworn in, Johnson stayed in the White House signing bills and, as some newspapers reported, “pardoning criminals.” At noon, he stood up and shook hands with his Cabinet members. As he headed out the door for the last time, he said, “I fancy I can already smell the sweet mountain air of Tennessee.”

Johnson backers supported the snub. “Whatever Andy Johnson was called — and that was pretty nearly everything — ‘hypocrite’ was not one of his names,” one New York newspaper wrote.

Other papers, however, quoted a “Democratic contemporary” who lamented that Johnson’s final act typified the actions of the impeached, one-term president.

“When his own personality rose to a conspicuous height, it almost invariably suffered from the impetuous disregard of surrounding circumstances; when he remembered only himself and became excited with a sense of wrong, he almost invariably forgot the dignity of his station.” 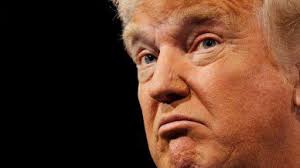 Shuman: a PPP proxy
5 hours ago

APNU/AFC to appeal dismissal of election petition
6 hours ago