If APNU had not been recently born, a ‘just come’, APNU would have known what Linden and Region 10 was like at the end of that period of PNCR administration - all Government buildings and facilities in dilapidated condition, Linden still reeling from a number of retrenchments following the first one of about 2000 in 1983; the bauxite company experiencing negative cash flow since about 1976 - had been steadily behind in necessary maintenance and reinvestments. Linden is much larger and brighter today. Linden and Region 10 have been receiving not punishment, but its fair share in improvements, fair share of attention concern and loving care from the PPP/C administration.

Linden and Region 10 have not been lacking in attention paid by the PPP/C Administration to the concerns of the people.

Under the agreements with the various multilateral agencies which the PPP/C inherited, the bauxite companies, were to be closed when it was announced that no way could be found to make LINMINE profitable.

But this PPP/C Administration refused to shutdown LINMINE and maintained a subsidy, whilst looking for a core partner to invest, and to transform and position the bauxite operations for success.

Two formal invitations for such privatization were unsuccessful.

Government welcomed OMA’s interest, privatized to OMAI, was running well, then the market fell away and OMAI was forced to close for two to three months.

The PPP/C Government stepped in, not only providing a basic monthly Stipend, but opportunity and a requirement that every employee attend some hours of computer training. This was certainly not special punishment, but caring for, and opening the "computer" door to every worker. And as OMAI said it could not carry on the bauxite operations in Linden, the PPP/C Government facilitated the search for some other company and eventually BOSAI stepped into OMAI’s shoes.

Operations up the Demerara River and the Berbice River have been saved and resuscitated and both are looking to grow and expand again along a path of profitable sustainability.

In its press release of Thursday, October 13, APNU is planning things already in progress or already announced.

As part of its transformative LEAP programme, transforming the people and the Linden location, from employees seeing a future only in seeking employment with the company, in a company town to entrepreneurs in a lively diversity of economic activity -agriculture was identified as one of a number of new lines of activity. West Watooka has been developed from stage to stage. New GMC has put buyers into contact with farmers’ groups and pumpkins from Watooka have been exported to Barbados.

APNU is silent on all the new school buildings in Linden, grudgingly acknowledges the new $1.8B hospital to the extent that there is need for more doctors and nurses.

APNU should give an ear to the reports of the hundreds of doctors soon becoming available after training in Cuba, and APNU should see the arrangements made and the increased number of nurses being trained.

With respect to water supply, the PPP/C Administration has been acknowledging the need for a major re-design and rehab of the water supply for Linden. If APNU was around three months ago, APNU would have noticed that there was a signing in Linden by the Honourable Minister of Finance Dr Ashni Singh, the Honourable Minister of Housing and Water Irfaan Ali, and the representative of the Inter American Development Bank for the loan of some US$10M (G$2Billion) for the rehabilitation of the water supply in Linden.

With respect to broadcasting, the Government has been under pressure, not only from Linden, but from many of the ‘so called’ PPP stronghold areas- indeed we had closed one such radio station that had opened up against our advice on the Essequibo coast. This PPP/C government has held to arrangements with Mr Hoyte that no new radio or TV stations would be granted until broadcasting law would lay out procedures openly would have been in place.

Government has now reluctantly passed a broadcast law on its own and now can open up the broadcast sector, both radio and TV, for the citizens of Linden and all across Guyana.

The Government’s concern for the people of Linden is not better demonstrated by its consideration and handling of the historically essentially free electricity in Linden, and a subsidy that has risen steadily, as Linden has recovered and oil prices have risen to now more that G$200M per month, with the prospect of $250M this year.

Concerning employment, with the present upsurge in economic activity across Guyana, everyone with some skill has a good chance of finding employment. Linden has shared equitably in Government’s programme to assist young people and women to acquire skills for employment and self employment, the Honourable Minister of Labour Manzoor Nadir has been innovative in maximizing the offering of such training at various locations in Linden.

When the Government began its heavy duty equipment training programme, it was started in Linden. Over 233 persons have graduated from heavy duty training. In addition, more than 400 out of school youths and single parents have also benefited from skills training and empowerment programmes.

Lindeners and residents of Region 10 should take warning of APNU’s press release of Thursday, October 13. APNU would want you not to see with your own eyes what is before you now; hear with your own ears but with theirs. 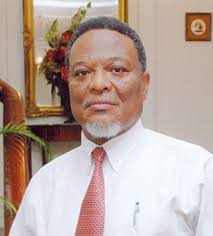 These crooks are unbelievable.

if not then i can understand that you are getting upset but this is something many of us in the PPP have to come to grips with.

The PPP is a failure and there are very few "good guys" left the crookishness is an epidemic.

Why couldn't Sam hinds get bloody hands and his children to go threaten the management at rusal to pay these people House of Israel style?

quote:
Originally posted by Alexander:
This does not an election win, so don't be cock a hoop.

quote:
Originally posted by Demerara_Guy:
Individuals do have their personal views.

Nowhere was there any mention of job creation or new industries brought to Linden. The Chinese have reduced the number of workers in the bauxite industry.

quote:
Originally posted by Alexander:
What kind a chap are you? Sam Hinds wrote an article but you can't discuss the issues raised in the article. Instead what do you do? You went personal and called him a crook.

Individuals do have their personal views.

Nowhere was there any mention of job creation or new industries brought to Linden. The Chinese have reduced the number of workers in the bauxite industry.

Is the "job training" to allow Lindeners to find jobs in Trinidad, because they dont seem to be in Linden?

Demerara_GuyModerator
Rightly so Alexander, there are disenchanted people from all political parties with various reasons.

At the end of November 2011, it will again be PPP/C majority victory.

quote:
Originally posted by Alexander:
What kind a chap are you? Sam Hinds wrote an article but you can't discuss the issues raised in the article. Instead what do you do? You went personal and called him a crook.

The PPP used to get less than one percent votes in Linden.
In 2006 they got 23%. That was a great success.

quote:
Originally posted by Ramakant_p:
The PPP used to get less than one percent votes in Linden.
In 2006 they got 23%. That was a great success.

1. People who got houselots might be too scared not to vote PPP for fear of eviction.

2. Most of the others stay home.