The Best Way to Barbecue, According to Science 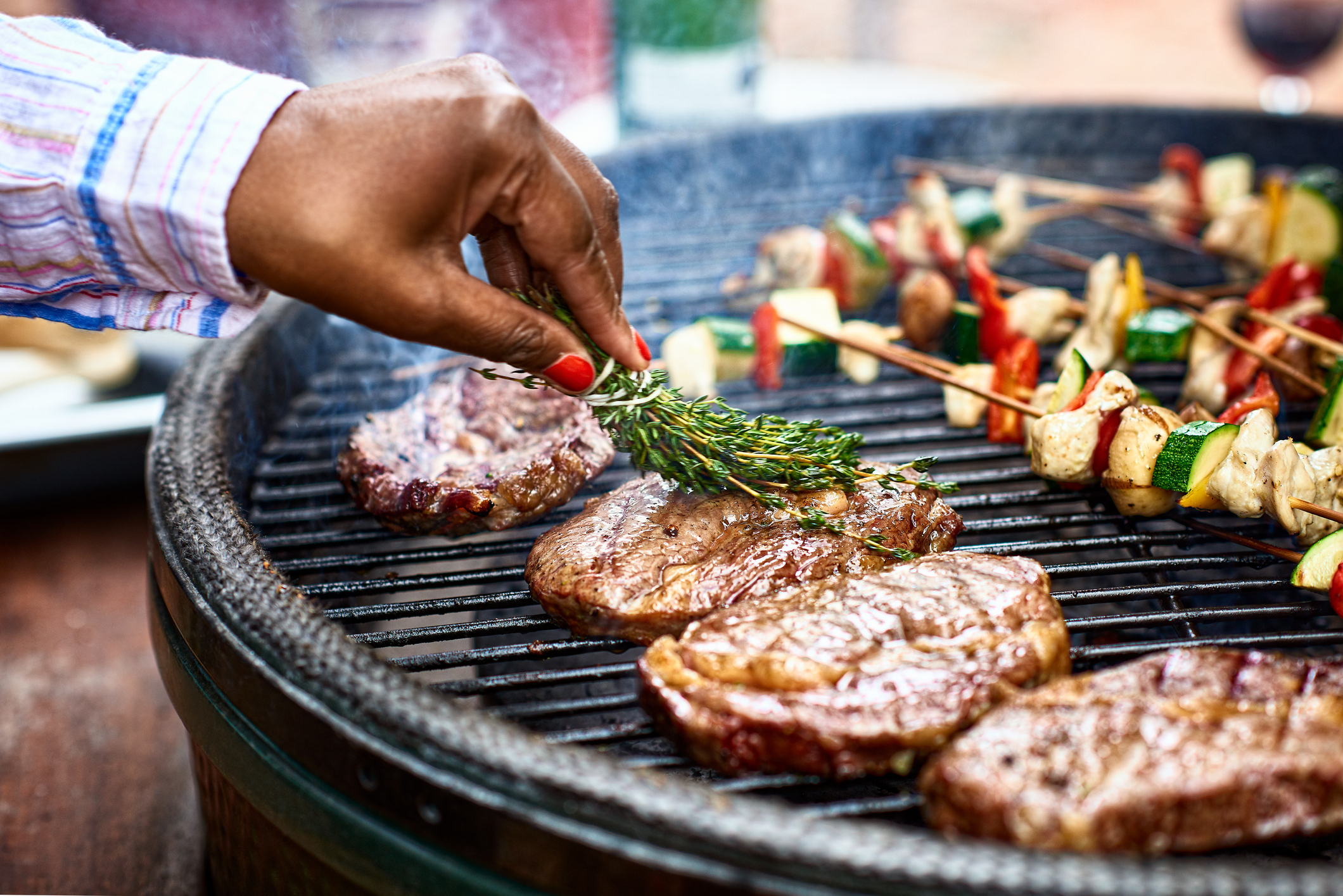 Unless you’re master barbecuer Ron Swanson himself, your grill game could probably use a little work. Thankfully, science is here to help.

Greg Blonder is an engineering professor at Boston University and author of the science explainer-slash-cookbook Meathead: The Science of Great Barbecue and Grilling. Blonder has patents ranging from green energy to medical devices, but his real passion project is engineering food.

“My wife is a great pastry chef,” Blonder told Inverse. “Sometimes her recipes wouldn’t work and I’d look at the recipe, and say, ‘Well of course, this pastry recipe violates thermodynamics, that can’t possibly work!’” Together, they worked to improve her library of cooking books, with Blonder continuing to apply the same scientific rigor to his grill.

In 2016, his advice ended up in his cookbook, co-authored with rib expert Meathead Goldwyn (yes, that’s his real name). It busts dozens of common myths about meat and aims to ensure readers a perfect rack of ribs or moist drumstick. However, many avid grillers still don’t heed the duo’s advice.

Among all the misconceptions that keep carnivores from reaching their full potential, Blonder says the biggest problem should be the easiest to overcome: resistance to thermometers.

“One of the really big [myths] is that real men don’t use thermometers,” Blonder says, pointing to a sweaty contingent that believes you can tell when meat is perfectly done simply by gripping it between the fingers and sort of just feeling it out.

Blonder doesn’t buy it, though: “That’s all just blatant nonsense,” he says, arguing it leads people to overcook their food so the meat becomes tough.

Instead, people should invest in a reliable modern thermometer, he says, and use it religiously. While tastes vary, Blonder likes his meats on the rare side, so he cooks his pork to about 145, his dark meat chicken to 185, and his white meat chicken to about 150. (Note: Blonder’s recommendations fall well within the range of the USDA’s recommendations for safely cooking meat.) Thermometers are especially crucial for chicken, as “too low is not safe and too high is a doorstop,” according to Blonder.

The second mistake requires a little more foresight to rectify, but it makes a big difference. For the best taste, barbecuers need to brine their steak overnight — or, if it’s a bigger cut, for a full day — before they cook it.

“You’ll see chefs throwing some salt on the meat right before they throw it on the grill, usually in porno fashion these days,” Blonder says. But ultimately that does little for the flavor of the cut. That’s because it takes about a day for salt to diffuse half an inch into a piece of meat, so salting it right before you cook it doesn’t allow time for the salt to soak into the center of the steak or chicken breast. Blonder advises the dry brining technique, with ¼ teaspoon of salt for every pound of meat — and a lot of time.

Like most of his advice, Blonder’s preferred cooking methods go against the grain, too. He likes to cook his meat on a grill in an oily pan. This way, his meat is cooked equally browned all over, instead of the cool — but not super delicious — black streaks barbecuers often aim for. He also loves a technique he calls the “warp 11” maneuver. It requires cooking the steak in a 130- degree bath, then placing it on the chimney of your grill for a quick sear. This last step is “like hitting it with a blowtorch,” Blonder says, and just two minutes on each side will give the already-cooked meat a nice all-over crisp.

While this warp speed method might sound audacious, Blonder actually advocates against showmanship. He promotes instead the virtues of patience and consistency. But not all of his fellow barbecue experts abide.

Hailed as the “Gladiator of Grilling,” Steven Raichlen is one of the pioneers of the so-called “caveman” or “cowboy”-style grilling method. It requires placing meat straight on the coals, with no rack in between the food and the heat source.

This trend has caught on among a range of chefs, including Alton Brown of the Food Network, and been taken to extremes by YouTubers who somehow have access to real, flowing lava. But Blonder’s not sold.

“It’s not crazy,” he says of Raichlen’s methods. “But the problem is, it only takes one bite of off flavor to kind of ruin the steak and I don’t think that’s a good risk to take.” Blonder will concede, however, the cool factor might make up for this potential mouthfeel misfortune. “It’s a great thing to show your guests.”

In the end, the “perfect” barbecue or grilling technique will depend on what works for you and your tastebuds.

Just promise Blonder you’ll never use lighter fluid. “Jesus Christ, that’s a crime against nature,” he says of the pointless and potentially dangerous tool. “Even if that’s what your dad taught you. “

Sign In To Reply
Post
Current Visitors: 129 (1 member, 128 guests)
Welcome to the Original Guyanese Discussion Forums, first established in 1996. Here you can discuss, ask questions or generally debate anything related to politics, movies, music, health or just gyaff away your day/night here. A note of warning, the Political forum is not for the faint of heart.  We do have some rules, so please adhere to them .
Do not post any messages that are obscene, vulgar, sexually-orientated, racist, hateful, threatening, or that otherwise violate any laws. Do not post any messages that harass, insult (name calling), belittle, threaten or mock other members.
Do not use profanity, racial, ethnic, religious, or other slurs and stereotypes, or post sexually-oriented material, masturbatory and excretory references, or any other offensive material.

No quorum for crucial GECOM meeting
29 minutes ago