So You Want to Learn About Juneteenth?

On June 19, 1865, enslaved African-Americans in Galveston, Texas, were told they were free. A century and a half later, people in cities and towns across the U.S. continue to celebrate the occasion. 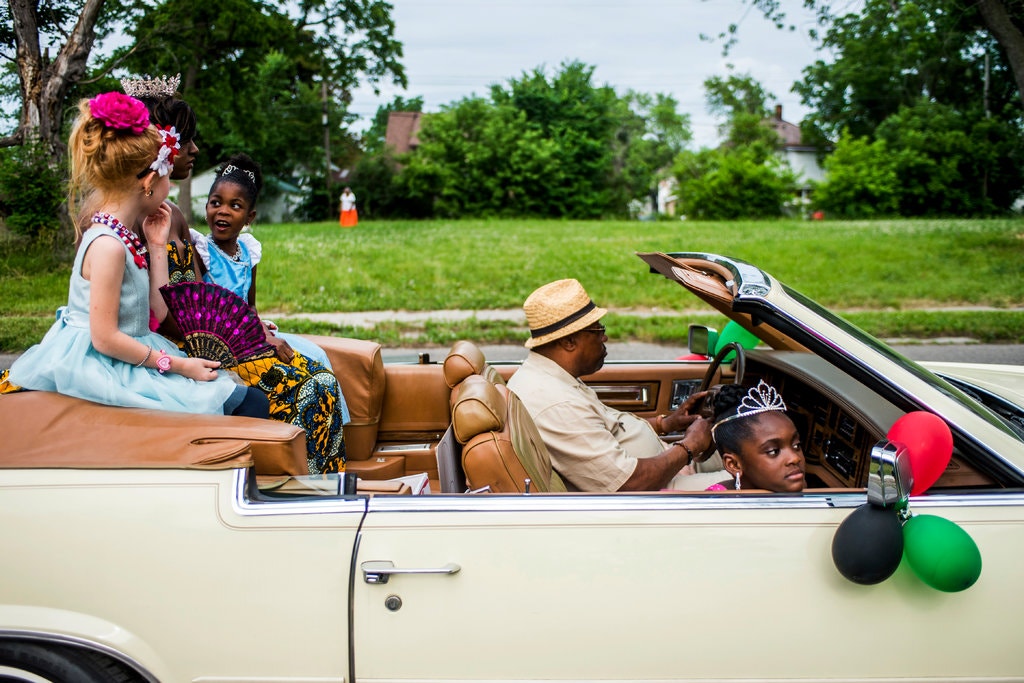 Juneteenth, an annual holiday commemorating the end of slavery in the United States, has been celebrated by African-Americans since the late 1800s.

But in recent years, and particularly following nationwide protests over police brutality and the deaths of George Floyd, Breonna Taylor, Ahmaud Arbery and other Black Americans, there is a renewed interest in the day that celebrates freedom.

The celebration continues to resonate in new ways, given the sweeping changes and widespread protests across the U.S. over the last year and following a guilty verdict in the killing of Mr. Floyd.

Here’s a brief guide to what you should know about Juneteenth.

On June 19, 1865, about two months after the Confederate general Robert E. Lee surrendered at Appomattox, Va., Gordon Granger, a Union general, arrived in Galveston, Texas, to inform enslaved African-Americans of their freedom and that the Civil War had ended. General Granger’s announcement put into effect the Emancipation Proclamation, which had been issued more than two and a half years earlier on Jan. 1, 1863, by President Abraham Lincoln.

The holiday received its name by combining June and 19. The day is also sometimes called “Juneteenth Independence Day,” “Freedom Day” or “Emancipation Day.” 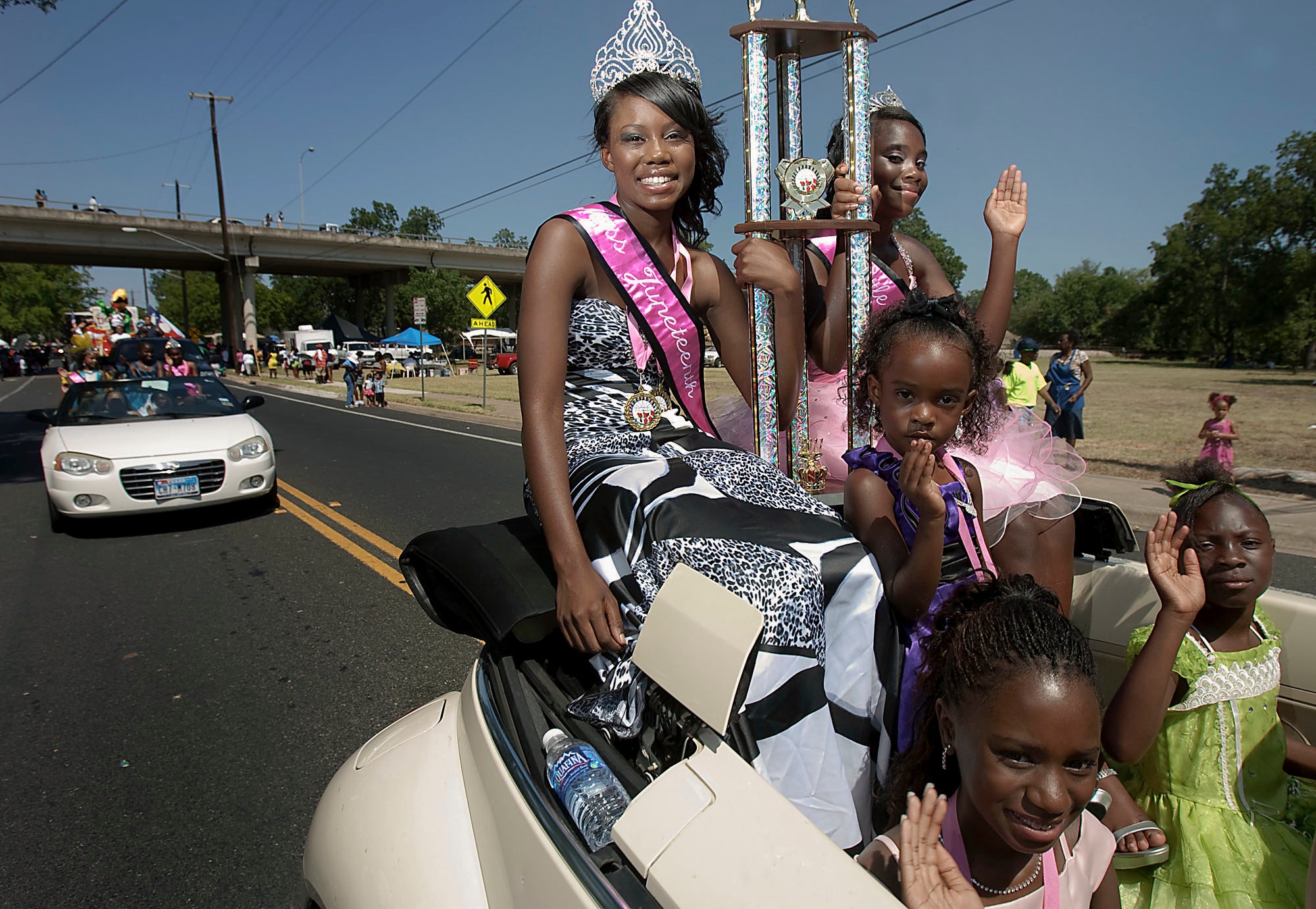 How is it celebrated?

The original celebration became an annual one, and it grew in popularity over the years with the addition of descendants, according to Juneteenth.com, which tracks celebrations. The day was celebrated by praying and bringing families together. In some celebrations on this day, men and women who had been enslaved, and their descendants, made an annual pilgrimage back to Galveston.

Celebrations reached new heights in 1872 when a group of African-American ministers and businessmen in Houston purchased 10 acres of land and created Emancipation Park. The space was intended to hold the city’s annual Juneteenth celebration.

Today, while some celebrations take place among families in backyards where food is an integral element, some cities, like Atlanta and Washington, hold larger events, like parades and festivals with residents, local businesses and more.

While celebrations in 2020 were largely subdued by the coronavirus pandemic, some cities this year are pressing forward with plans.

Galveston has remained a busy site for Juneteenth events over the years, said Douglas Matthews, who has helped coordinate them for more than two decades.

In 2021, the city will dedicate a 5,000 square-foot mural, entitled “Absolute Equality,” on the spot where General Granger informed enslaved African-Americans of their freedom. The city will also mark the holiday with a parade and picnic. Events and activities in Atlanta this year have been scaled back, but organizers have made plans for a parade and music festival at Centennial Olympic Park. Similar events are scheduled in Annapolis, Md.; Chicago; Detroit and Los Angeles.

Previous efforts have failed to make it a national holiday, and few have fought harder for the recognition than Opal Lee, an activist in Fort Worth who campaigns for the cause.

On June 17, 2021, it became the 11th holiday recognized by the federal government. The Senate on June 15 passed a bill to recognize the day, and the House approved the measure the next day. President Biden signed the bill into law the day after that, immediately giving federal employees the day off this year.

In 1980, Texas became the first state to designate Juneteenth as a holiday, though the recognition is largely symbolic. Since then, at least 45 states and the District of Columbia have moved to officially recognize the day. Last October, Gov. Andrew Cuomo of New York and Gov. Ralph Northam of Virginia, both Democrats, signed into law legislation declaring Juneteenth holidays in their respective states. Last month, Gov. Jay Inslee of Washington, also a Democrat, declared Juneteenth a state holiday starting in 2022, and legislators in Illinois approved a bill that would make it a paid day off for all state employees and a school holiday. More recently, Gov. John Bel Edwards of Louisiana and Gov. Janet Mills of Maine, both Democrats, signed bills making the day a state holiday.

Amid last year’s unrest, many businesses moved toward marking it as a company holiday, giving many employees a paid day off. Twitter and Square, a mobile payment company, along with the N.F.L., Best Buy, Nike and Target all recognized Juneteenth last year. 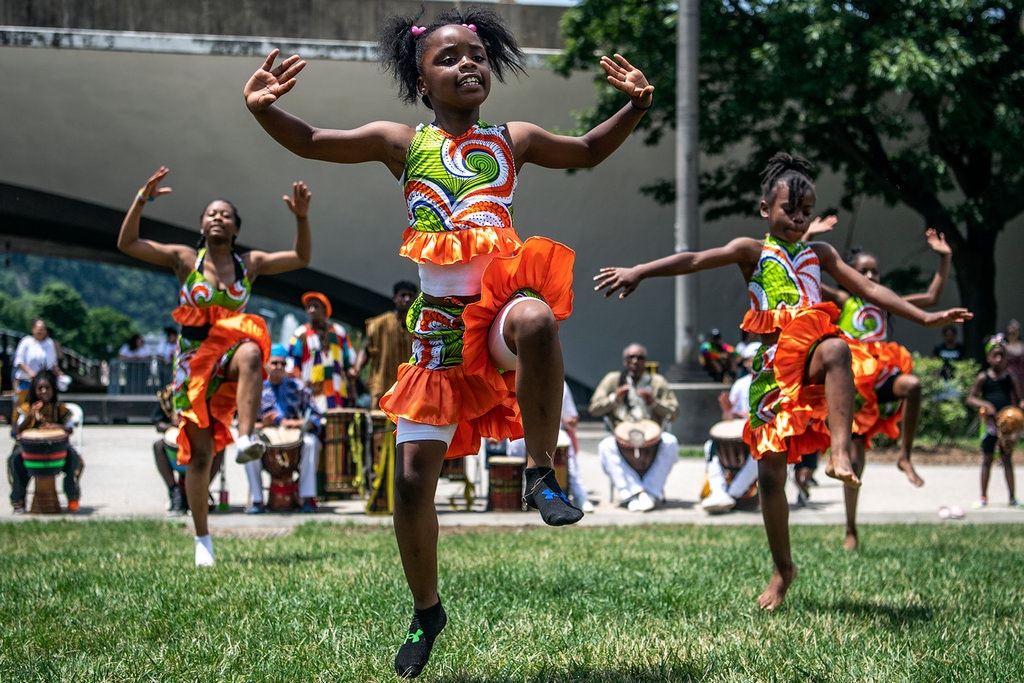 The Sankofa Village for the Arts drum and dance group performing during the Jubilee of Freemen Parade to celebrate Juneteenth at Point State Park last year in Pittsburgh.Credit...Alexandra Wimley/Pittsburgh Post-Gazette, via Associated Press

Why has Juneteenth become so important?

Following the killing of George Floyd, a 46-year-old Black man who died in the custody of the Minneapolis Police in May 2020, thousands of people around the United States poured onto the streets in protest. Mr. Floyd’s name, as well as the names of Ms. Taylor, Mr. Arbery, David McAtee and others, became a rallying cry for change across the country, effectively re-energizing the Black Lives Matter movement.

That change came in waves. In Minneapolis, officials banned the use of chokeholds and strangleholds by the police, and said officers must intervene and report any use of unauthorized force.

Democrats in Congress unveiled sweeping legislation targeting misconduct and racial discrimination by the police. The bill was the most expansive intervention into policing that lawmakers have proposed in recent memory.

Companies across the business spectrum voiced support for the Black Lives Matter movement and either suspended or fired employees who mocked Mr. Floyd’s death or made racist remarks.

In April, Derek Chauvin, a former Minneapolis police officer, was found guilty of two counts of murder in the death of Mr. Floyd.

Mark Anthony Neal, an African-American studies scholar at Duke University, said there are some comparisons between the end of the Civil War to the unrest that swept the country, adding that the moment felt like a “rupture.”

“The stakes are a little different,” Mr. Neal said.

“I think Juneteenth feels a little different now,” he said. “It’s an opportunity for folks to kind of catch their breath about what has been this incredible pace of change and shifting that we’ve seen over the last couple of weeks.”

Last spring, President Donald J. Trump announced his first rally since the coronavirus pandemic had shut down most of the country. It would be held in Tulsa, Okla., on June 19: a date and location of significance for many Black Americans. In 1921, the city was the site of one of the country’s worst episodes of racist violence, when white mobs attacked a wealthy Black business district known as Black Wall Street. The mobs destroyed more than 1,200 homes and killed as many as 300 people.

Shortly after the rally was announced, Mr. Trump said it would be delayed by one day after some of his Black friends and supporters suggested the change out of respect for the holiday.

Because of an editing error, an earlier version of a picture caption with this article misstated the year the photo was taken. The parade pictured was in 2018, not last year.

An earlier version of this article misstated the location of Robert E. Lee’s surrender to Ulysses S. Grant. It was at Appomattox Court House, Va., not Appomattox.

Derrick Bryson Taylor is a general assignment reporter on the Express Desk. He previously worked at The New York Post's PageSix.com and Essence magazine.

I just checked my emails expecting a ton of work from boss, but he told me to head to the beach and celebrate the new holiday.

That has no relevance to Guyana

That has no relevance to Guyana

He is desperately struggling to recruit a second person to join him on his created country called Prashadstan way out in the galaxy.

I was about to lecture him about enjoying the rights the slaves fought for but I'll leave that for another day.

Remembrance of the slaves and what they went through should be noted plus recognized by all.

Sign In To Reply
Post
Current Visitors: 34 (2 members, 32 guests)
Welcome to the Original Guyanese Discussion Forums, first established in 1996. Here you can discuss, ask questions or generally debate anything related to politics, movies, music, health or just gyaff away your day/night here. A note of warning, the Political forum is not for the faint of heart.  We do have some rules, so please adhere to them .
Do not post any messages that are obscene, vulgar, sexually-orientated, racist, hateful, threatening, or that otherwise violate any laws. Do not post any messages that harass, insult (name calling), belittle, threaten or mock other members.
Do not use profanity, racial, ethnic, religious, or other slurs and stereotypes, or post sexually-oriented material, masturbatory and excretory references, or any other offensive material.

Join Now
Keith replied:
The Slow Process of Erosion Romans 12:1-2 When you hear the word erosion , what comes to mind? Most likely, you think about how land or...

antabanta replied:
Song of the Forever Rains , E.J. Mellow. A fantasy tale that incorporates enough of the ordinary to tell an excellent story of love,...
antabanta replied:
Bacchanal , Veronica G. Henry. I picked up this novel because of the name which is popular in Guyana and the Caribbean for referring to...
Django replied:
Mr.KP where is the SOURCE for the article ? Rule of Forum. (10) While our discussion forums does enjoy being part of a community...