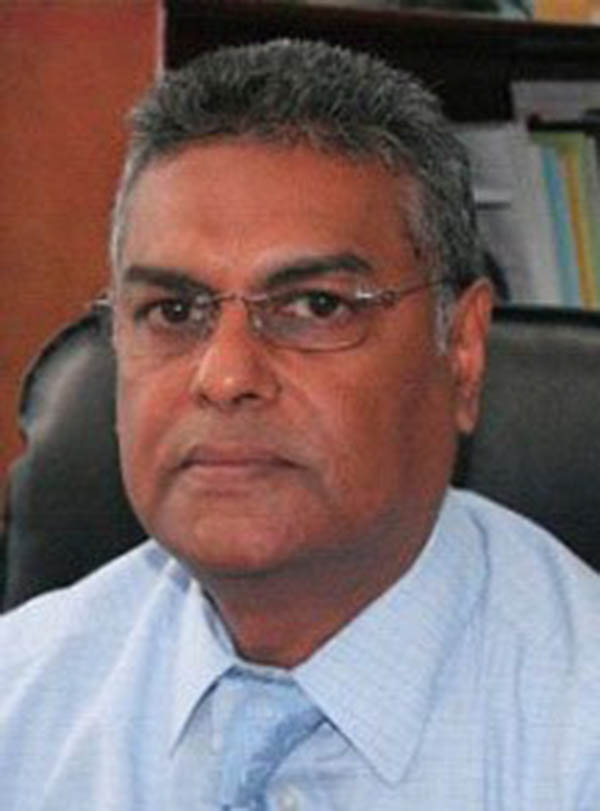 Meetings to elect chairpersons for the 14 standing committees of the 12th Parliament have still not been convened due to “scheduling conflicts”.

This is according to Speaker of the National Assembly Manzoor Nadir who told Stabroek News yesterday that the meetings remain a top priority for his office.

However at least one member of the Public Accounts Committee (PAC) from each side of the House have told Stabroek News that they have not been contacted by Parliament.

APNU+AFC Parliamentarian David Patterson had previously told reporters that Nadir suggested to Opposition Chief Whip Christopher Jones that the meetings could be scheduled for yesterday and today but it was never confirmed.

“I have not heard from the Speaker and intend to write him again this evening,” Patterson told Stabroek News yesterday. He added that he and the other three opposition members of the PAC were ready to attend a meeting yesterday but received no invitation.

Attempts to reach government chief whip and Minister of Governance and Parliamentary Affairs Gail Teixeira were not successful but Minister of Public Works Juan Edghill told this newspaper that he had not been contacted by Parliament Office.

Asked if it was likely that the communication had been sent to Teixeira rather than individual members, Edghill said that’s not how it works. He however cautioned that though he was named a member by the Committee of Selection it is not certain that he will sit on the PAC. The Minister is also named as a member of the Economic Services Committee.

“Unless things have changed each member of a Committee is contacted by the Clerk of that Commit-tee and informed of the date of a scheduled meeting. The agenda and other documents are also forwarded to individual members and I have not been contacted,” he told Stabroek News.

During a virtual press conference held by the Alliance for Change (AFC) on Friday, Patterson repeated the call for Nadir to convene all standing and select committees in particular the PAC.

This committee, for which Patterson is designated Chair, last met on August 6, 2018 and is a full three and a half years behind in its examination of the public accounts as detailed in the various Auditor General’s Reports.

He explained that the Parliamentary Standing Orders prescribe that the Speaker convene the first meeting of each committee so that a Chairperson can be elected from its members. The same Orders, according to Patterson, provide for the Speaker to nominate either the Deputy Speaker or another member of parliament to convene the meeting on his behalf if he is unavailable.

He also added that the meetings can be scheduled even in the absence of government members.

“Three members constitute a quorum… the opposition has four members…the Chairman of the Committee must come from the opposition – thus the attendance of the Government members, while desirable, is not necessary,” Patterson said while explaining that the meeting is likely to be very brief since the first meeting of the tenth PAC lasted a mere 15 minutes.

A job is given to a person who is not a lawyer, a businessman or anything other than a priviliged politician. No aptitude for conducting serious discussions, especially about a country.

"Scheduling conflicts"  seems like an excuse for not dealing with the people's business.  What does the PPP have to hide?  What is Nadir shielding them from?

Check out the last 5 years and tell me what did these committees achieve?

Check out the last 5 years and tell me what did these committees achieve?

You check them out.  Are you asking people to do an assessment of the various committees and report how effective they were? Again, you miss the point.  These are standing committees and them not meeting means the people's work is not being done.  Let us know when you finish your analysis of their effectiveness.

Sign In To Reply
Post
Current Visitors: 64 (1 member, 63 guests)
Welcome to the Original Guyanese Discussion Forums, first established in 1996. Here you can discuss, ask questions or generally debate anything related to politics, movies, music, health or just gyaff away your day/night here. A note of warning, the Political forum is not for the faint of heart.  We do have some rules, so please adhere to them .
Do not post any messages that are obscene, vulgar, sexually-orientated, racist, hateful, threatening, or that otherwise violate any laws. Do not post any messages that harass, insult (name calling), belittle, threaten or mock other members.

Being African in India: ‘We are seen as demons’
14 hours ago