With Two Stars in the U.S., Cricket Gets Its Turn at Bat 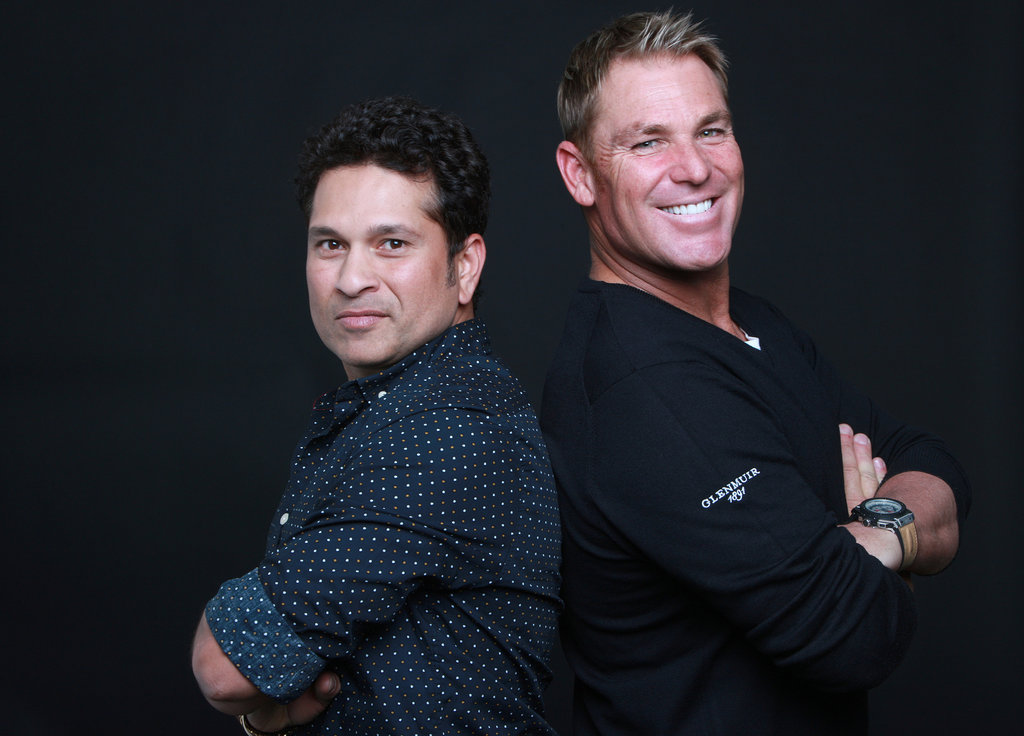 When Sachin Tendulkar and Shane Warne walk the streets of New York, they create an odd phenomenon. About 95 percent of the pedestrians pass them without a second look. The other 5 percent go bonkers.

Tendulkar and Warne are two of the world’s best cricket players, which means little to most Americans. But to those with roots in India, Australia or other cricket-loving countries, spotting them on the street is like a serendipitous encounter with Michael Jordan, Pope Francis or Taylor Swift.

“Wherever Sachin goes, you’ve got a billion people who love him,” said Warne, who is in the United States with Tendulkar for three exhibition matches, the first of them Saturday at Citi Field. “That’s just in India, let alone around the world.

“Coming to America, you really only have cricket lovers, but there’s still so many of those, especially from India, Pakistan and Sri Lanka.”

There are few sportsmen with the credentials of Tendulkar, 42, who has a good case for being the greatest cricket batsman. He began playing on the Indian national team at 16. When he retired at 40, he had scored 15,921 runs in Test matches, the top level of the game, more than 2,000 ahead of his nearest rival. 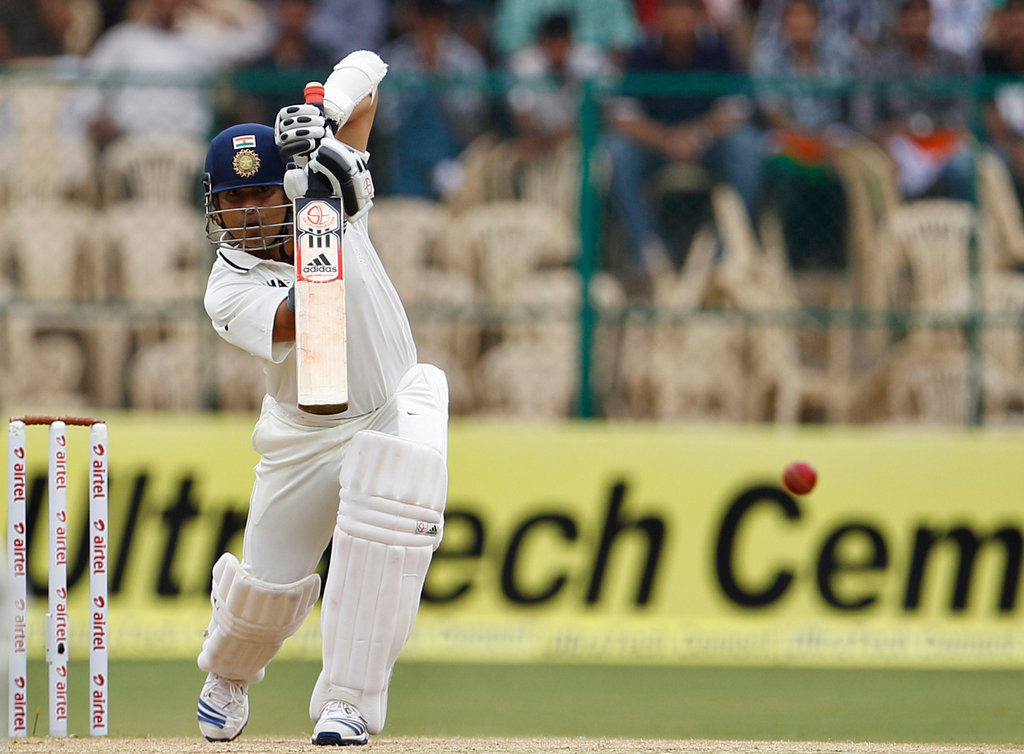 Tendulkar, 42, began playing on the Indian national team at 16, and by the time he retired at 40 he had scored 15,921 runs in Test matches.
Aijaz Rahi/Associated Press

The Australian Warne, 46, is generally considered the greatest bowler of spinners — tricky rotating balls that can bamboozle batsmen. He ranks second in wickets taken in Test matches.

Warne and Tendulkar said they welcomed the partial respite that the United States gave them from their sometimes suffocating notoriety in cricket countries.

“There is a bodyguard with me 24 hours,” Tendulkar said matter-of-factly.

Warne added: “It actually could harm him; he gets stampeded.”

Tendulkar and Warne will be the captains of opposing teams of retired cricketers for the exhibitions on Saturday at Citi Field, Nov. 11 at Minute Maid Park in Houston and Nov. 14 at Dodger Stadium in Los Angeles. The lineups read like a Who’s Who of cricket over the past 25 years, including superstars like Brian Lara of the West Indies, Wasim Akram of Pakistan and Muttiah Muralitharan of Sri Lanka. 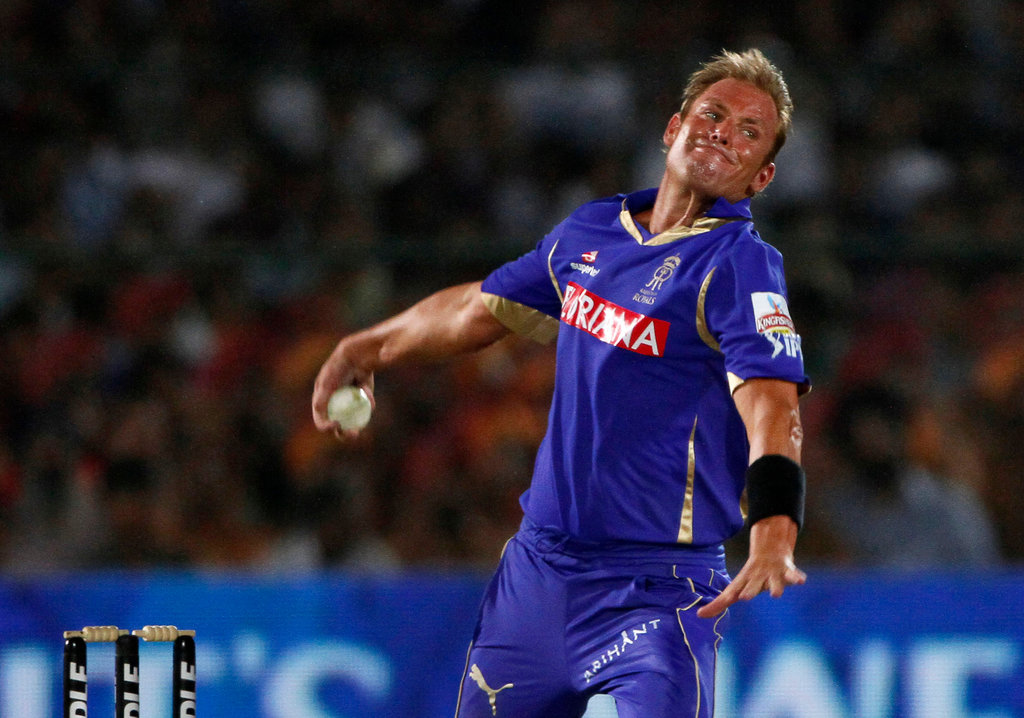 Warne, 46, is generally considered to be the greatest bowler of spinners — tricky rotating balls that can bamboozle batsmen.
Gurinder Osan/Associated Press

To Americans, cricket can conjure images of sleepy English afternoons.

“Everyone has this preconceived idea of what cricket is,” Warne said. “A five-day Test match, no result, like yawn.”

But the game at Citi Field will be so-called Twenty20 cricket, a fast-paced, three-hour form of the game that has been growing in popularity.

“It’s a great version of the game,” Warne said. “It’s got the skill, the athleticism. It’s the rock ’n’ roll version — you’ve got no time to think.”

Tendulkar added, “Toward the end, every ball matters.”

It is possible that the game may leave a lasting mark on Citi Field, or at least on the video screen in center field.

“If you work out the angles at Citi Field, the screen is in a bit of the hit zone,” Warne said with a grin. “Like when you look at dimensions and the way the cricket pitch is going to be dropped in, if some of these guys hit the ball over 100 meters. ...”

Making Citi Field suitable for cricket will take some doing. The most vital part of a cricket field is the pitch — the strip of grass, 22 yards long and 10 feet wide, on which the bowler bounces the ball to the batsman. The quality and nature of the pitch can have a profound effect on how a game plays out.

Organizers have grown a pitch in Indianapolis and are bringing it to New York on a flatbed truck for the game. An eight-inch hole will be dug in the field, and the pitch will be dropped into place. The mound will also be lowered to prevent fielders from tripping over it.

The players in the exhibition games are all a bit past their primes, but Warne and Tendulkar think the quality of cricket will be high.

“They’re training, proper training,” Warne said. “It’s nice to get back into it, and bowling and batting again and feeling that rhythm. It’s sort of like getting a band back together.”

Despite their different personalities — Warne is a larger-than-life figure who talks with brio of his visits to Las Vegas, while the 5-foot-5 Tendulkar comes across as a mild-mannered philosopher — the two men share an easy rapport.

“In the 25 years I’m playing at the top level, there’s no one better than Sachin Tendulkar,” Warne said.

Tendulkar and Warne took in Game 5 of the World Series at Citi Field on Sunday, raising the question of whether they could have been baseball stars had they been born elsewhere.

“In any sport, the highest level is competitive, far more competitive than you’d imagine,” Tendulkar said.

Warne had a bit more confidence. “I’m sure if Sachin did what he did in cricket, he would have done very well,” Warne said. “As a pitcher, hopefully, I would have done O.K., too.”

Warne has even become a Mets fan.

“I know they lost, I know that sounds weird, but watching them play, I felt for them,” he said, adding that his favorite player was Matt Harvey.

Warne and Tendulkar said they hoped that this month’s exhibitions would continue the process of raising cricket’s popularity in the United States, where the sport dates to the 1700s.

“It has taken a while to pick up, but now it’s gathering momentum; eventually we’ll get there,” Tendulkar said with a laugh.

The United States competes in cricket internationally, but despite a decent number of players, mostly of Indian and Caribbean extraction, it has not fared well in recent years. In a qualifier for the Twenty20 World Cup in July, the Americans were eliminated, finishing behind Ireland, Hong Kong, Namibia and Papua New Guinea.

“If we can encourage some kids to actually play cricket, who knows?” Warne said. “In a few years down the track, America could have a World Cup team.”

“The vision is to globalize cricket,” Tendulkar said. “Somewhere we need to start. We are ready to clap. You need two hands to clap. Our hand is up.”

I would pass them rass by on the streets

Join Now
Django replied:
Your calculations are wrong ,brush up on it.