Process to choose insurance company for ministers, their families took over 10 mths – Harmon 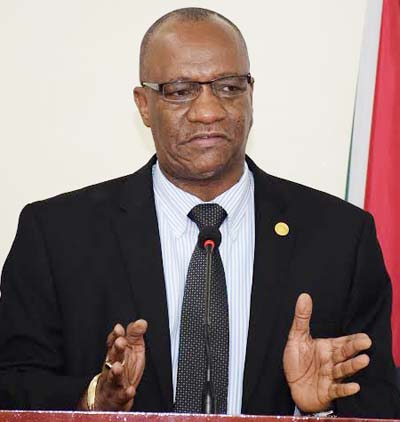 Process to choose insurance company for ministers, their families took over 10 mths – Harmon

Government has blasted former Health Minister, Dr. Leslie Ramsammy, for misleading statements, in which he claimed that due process was not followed in choosing an insurance company to provide coverage for ministers and their families.

Last week, Ramsammy, also a former Agri Minister under the last administration of the People’s Progressive Party/Civic (PPP/C), raised questions about the procedures used by the administration to choose Assuria, a Surinamese-headquartered insurance company that has branches in Guyana.

Ramsammy, insisting that he is not against medical insurance coverage for senior government officials, said that there was no evidence of advertisements calling for Expressions of Interest.

As such, he stressed, the transaction was not transparent.

On Friday, Minister of Finance, Winston Jordan, disclosed that ministers are paying half of the premiums while the rest is being handled by Government.

Ramsammy claimed that for the first year alone, it will cost Government at least $38M to provide medical insurance coverage for ministers.

“The process to identify a company to provide insurance for ministers and their families took over 10 months to be completed. It included several companies in Guyana which made proposals to the Government.”

According to the Minister, the companies were invited to make proposals to Cabinet.

“After a rigorous process of investigating the proposals, financial capacity and other things, Cabinet agreed that Assuria Inc. was the best suited to provide the insurance services needed.”

Harmon pointed out that Minister of Finance Jordan has dealt with the other pertinent issues on the payments, among other things.

“But it must be apposite to note that Dr. Ramsammy who speaks about transparency should be the last person to do so. As a Minister of Agriculture, he refurbished his entire government office using the resources of the Guyana Marketing Corporation. It is his penchant for transparency that has his former Permanent Secretary on administrative leave while an active investigation is ongoing at the said ministry.”

In June, Harmon, who speaks on Cabinet matters on behalf of Government, disclosed that the administration was moving to find an insurance package for senior officials.This was after a number of instances where current ministers had to travel abroad seeking medical intervention.

It is by no means cheap, involving sometimes hundreds of thousands of dollars, and millions in some cases – an extra burden on taxpayers.

On the other hand, taxpayers have been complaining of difficulties over the years in accessing state funds for emergency medical help.

Yesterday, Harmon stressed that the administration had been making significant moves to clean up and make more transparent what had been happening in the past.

“As you know, we have moved funds, from slush accounts to the Consolidated Fund, so that we as a Government now have to go to the National Assembly to ask for monies.”

He pointed out that Ramsammy should tell the people who paid for his overseas medical help when he fell ill.

“We are not talking about the fact that he is a US citizen. Or when he was at the Ministry of Health, billions of dollars in contracts were given out to one company. I can’t recall him asking for state auditors to come in then.

Today, we have several companies who are tendering for contracts on a level playing field. We have changed a lot of things. It is no longer Wild West. We are careful how taxpayers’ dollars are being spent.”

Harmon said that the administration has recognised that it does not want to tread the same path as the PPP governments, and be “abusive and cavalier” with the precious taxpayers’ dollars.

“Hence, we took a decision for insurance, something that an enlightened and honest person from the Opposition has applauded and said they wish they had done something like this insurance transaction. It is obvious that Mr. Ramsammy prefers the blank check approach when it comes to dealing with how we receive value for our money.” 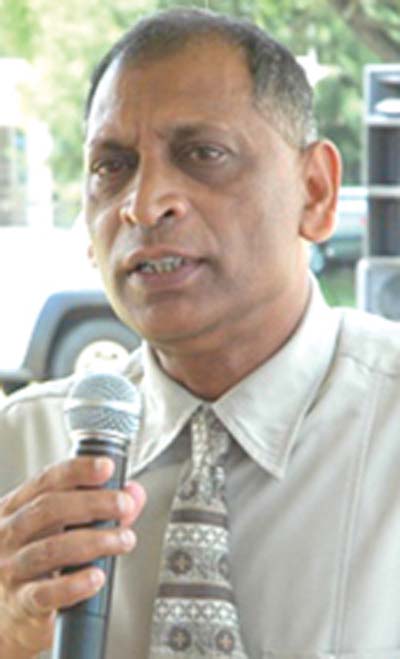 Sign In To Reply
Post
Current Visitors: 90 (3 members, 87 guests)
Welcome to the Original Guyanese Discussion Forums, first established in 1996. Here you can discuss, ask questions or generally debate anything related to politics, movies, music, health or just gyaff away your day/night here. A note of warning, the Political forum is not for the faint of heart.  We do have some rules, so please adhere to them.
Privacy Statement - Rules
Join Now
Where are the missing documents from Ballot Boxes ?
19 minutes ago

This is a clever move to take away a seat. It may work.
26 minutes ago

How do you predict that? The PPP will come in ahead by 16k to 17k. The initial SOP numbers will be corroborated.
42 minutes ago

No one ever accused the Coalition of being “dum” or crab in barrel. Those were your words banna. Show respect.
46 minutes ago

Any extra seat should be allocated to the three mini parties that contested the election with a rejoinder agreement allowed by the...
1 hour ago

Question for everyone
1 hour ago

DO NOT DISENFRANCHISE THE ELECTORATE. THE PRICE IS HIGHER THAN THE PRIZE IS WORTH.
1 hour ago