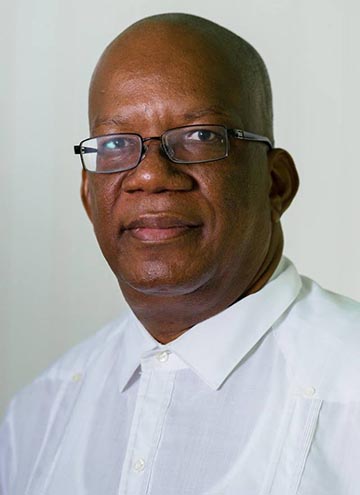 Former Minister of Finance Winston Jordan says the new PPP/C government’s 2020 emergency budget has eroded the revenue base of the country, while enormously inflating the deficit and he charged that the budgetary measures are private-sector oriented rather than for the people.

Speaking during an interview with member of the Working People’s Alliance (WPA) Kidackie Amsterdam, Jordan lamented the emasculation of his government’s “transformational” projects and stressed that opposition parliamentarians will need to question everything as the budget presentation lacked details.

“It is such a disappointment that the first budget can be so disappointing it doesn’t establish a five-year vision… Such a large budget in the context of COVID-19 and reduced revenue shows a lack of vision…I hope it is questioned a lot because we don’t seem to know how much is projected to be spent from January to September and how much in the last quarter…our MPs must ask searching questions as to where expenses have gone,” he explained.

The People’s Progressive Party/Civic (PPP/C) government on Wednesday tabled a $329.5 billion budget for the year 2020 projecting Gross Domestic Product (GDP) growth this year within the range of 48.4% to 51.2% but with the country’s overall deficit to increase to 6.5% of GDP.

Minister of Public Works Juan Edghill, who laid the estimates in the National Assembly, explain-ed that a significant amount of the total sum has already been spent in the first three quarters of the year but did not state just how much that is.

Jordan stressed that this is one of the questions that must be clearly answered.

“If it’s not the bulk [that has been spent] one has to question how you can spend that large sum of money in three months. There is a lot of deception in the budget,” he repeatedly noted.

The former minister explained that many of the projects announced cannot be completed in what is left of 2020 therefore should not have been budgeted for.

“Be careful of the chicanery. They said they were going to buy 50 new vehicles for the police force. It would be difficult to do this year…by the time you have to advertise the tender, go through the tender and initiate contact with the supplier, even if it’s a local supplier, the year is done. It will take a while before those vehicles arrive and we do what is called cash accountancy, we account for it when it arrives not when you said you’ll order it,” he explained, adding that another suspicious allocation is the billions set aside for the purchase of drugs.

He noted that while he would love to see $4 billion worth of drugs in the system, it would be impossible to source same within three months even if government were to utilize sole sourcing.

Jordan, lamented the absence from Parliament of former chair of the Public Accounts Commit-tee, Volda Lawrence, whom he said would’ve been able to recognize that with this budget you will see a rapid release of funds in December just before the books close and that will be counted as a complete procurement

The opposition members, especially those who have been there for several terms, will have to pay careful attention to De-cember accounting, he stressed.

“The debate on this budget and the representation inside and outside of parliament by the parliamentary opposition and other stakeholders is very important because the budget will have a set of details you will only know by asking the searching questions and going after such answers with motions and questions for oral and written res-ponses. That’s the only way you will get the details,” he repeated.

He accused the new government of destroying the revenue base and irresponsibly widening the national deficit.

This budget, he noted, will increase the deficit to $75.9 billion – more than four times the 2019 deficit of 17.4 billion and more than double the amount in the sovereign wealth fund. The 2018 deficit was $19.7 billion.

According to Jordan, the decrease in revenue is in part because of reduced economic activity due to COVID-19 and the five-month electoral delay but mostly due to revenue reduction measures announced by the new government.

Some of these measures include the removal of VAT and duties from machinery and equipment. Tax concessions for all terrain vehicles (ATVs) for mining, forestry, agriculture and manufacturing and the removal of VAT from fertilizers, chemicals, pesticides and key inputs in the poultry sector. The poultry sector will also be reverted to a zero-rated VAT status. Further there will be no more VAT on hinterland travel.

This increased expenditure on top of the reduction in revenue sees a projected $60 billion deficit from this year. The difference is to be financed by borrowing both local and foreign.

“You are destroying the revenue base and borrowing money. All because you want to destroy what you found and claim it was manifesto promises,” Jordan chastised.

He noted that manifesto promises and reality are two different things, especially since the manifestos of both major parties were published before the pandemic.

The former minister also criticized the lack of a comprehensive short, medium and long term plan on how to respond to the pandemic across sectors.

“You have droppings there, droppings here. Some money for frontline workers. Twenty-five thousand dollars per household but we don’t know whether it’s a temporary COVID-19 measure or permanent measure. Whether it is a one-off payment or if it will be every month. Just pieces all over the place,” he said before reiterating that the opposition must ask questions.

He further noted that while the PPP/C has claimed that the budget is people-oriented it is actually private sector-oriented.

“Under human resources there is a small paragraph,” he said explaining that measures geared towards vulnerable groups will be implemented in 2021 rather than 2020.

“Pensioners are getting nothing this year they could’ve gotten something…we see a 15,000 cash grant and uniform allowance being doubled but school is not open for the rest of the year so how will that be distributed. Specifics are missing…and they gone back to this bonus thing for the Disciplined Services which we are completely against. A bonus is not part of your salary and doesn’t count as part of your pension. It should not be given in lieu of a raise of payment,” he explained.

The budget he repeated brings nothing new for the wider population but skewed expenditure in favour of government supporters and the indigenous community.

According to Jordan, he has no problem with the spending on the indigenous community who must be given kudos for getting their interest represented in the manner of how large a sum of money is thrown at their communities.

“It’s massive and identifiable in the budget in terms of specific allocation to indigenous communities which will also benefit from other government spending [but] nowhere are you able to see such specific spending for the Afro-communities,” he pointed out.

The PPP/C government, he argued, has decided that it will not be getting support from the Afro community therefore they have decided to shore up their base and bolster their support in the indigenous community.  “That is what this budget is telling me in the way it has restructured expenditure,” he said.

While Jordan accepted some blame for not making similar allocations while in government, he stressed that his budgets were more balanced and made provisions for disadvantaged communities of all ethnicities.

wHAT A duncE LIKE jORDAN KNOWS. fO 5 YEARS HE SAT ON HIS STINKING ASS AS AN INCOMPETENT moron!! says the new PPP/C government’s 2020 emergency budget has eroded the revenue base of the country, while enormously inflating the deficit and he charged that the budgetary measures are private-sector oriented rather than for the people.

PNC/FLAPNU thefts have put Guyana in this position today. Investigate the thieves and seize their assets. Sell their assets and return the money to the peoples' treasury.

PNC/FLAPNU thefts have put Guyana in this position today. Investigate the thieves and seize their assets. Sell their assets and return the money to the peoples' treasury.

In 2015 the PNC cabals seized the assets from the PPP ministers and took them for themselves. When the Police tried to take back the stolen assets, the PNC rioted, burned Government buildings, and threatened the lives of indo_guyanese.

In 2015 the PNC cabals seized the assets from the PPP ministers and took them for themselves. When the Police tried to take back the stolen assets, the PNC rioted, burned Government buildings, and threatened the lives of indo_guyanese.

You are a liar.

You are a liar.

Everything I said is true.  You are getting old and senile.

Totaram replied:
You are growing chupider by the day.
Brazen supporters !!!!
40 seconds ago