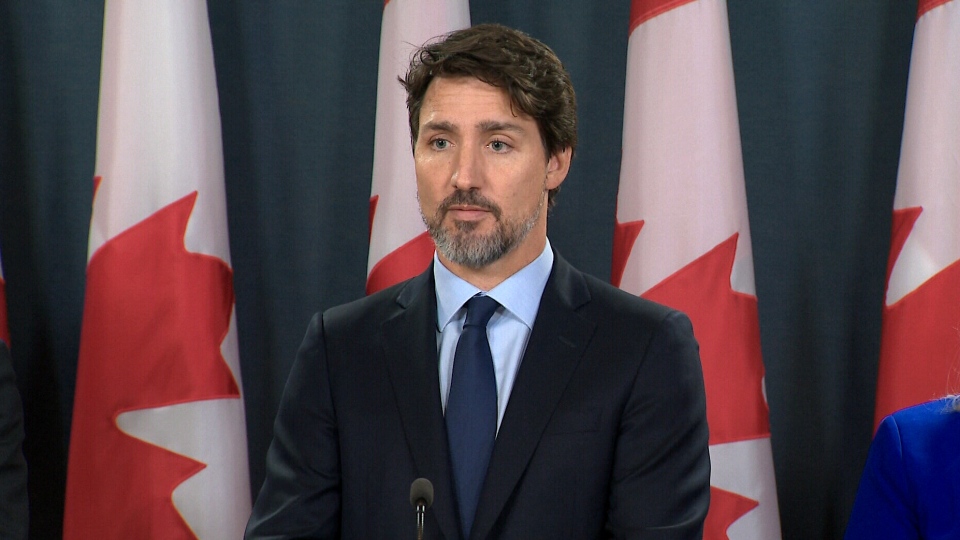 OTTAWA -- Prime Minister Justin Trudeau has announced financial compensation for the families affected by the downed Ukrainian airline that killed all on board including 57 Canadians.

PM Trudeau said the government will provide $25,000 per victim, "to assist with their immediate needs, such as funeral arrangements and travel."

This brings the funding total to $2.1 million for all Canadian citizen victims or permanent residents.

The announcement on Friday morning comes after the prime minister’s closed-door meeting with the government’s Incident Response Group about the crash and the ongoing investigation into how Flight PS752 was the shot down by an Iranian surface-to-air missile more than a week ago.

Trudeau said his team landed on the set amount after consultations with victims’ families discussing needs like travel costs.

"It is not the compensation that we expect will come and should come from Iran in due course, but these families need help now and we will be getting this money to them as quickly as we possibly can in the coming days."

Meanwhile, Foreign Affairs Minister Francois-Philippe Champagne is in Muscat, Oman today, meeting with his Iranian counterpart Jayad Zarif. This will be the third time the two have spoken and first time they’ve met since the crash.

In a rare sermon during Friday prayers, Iran's supreme leader called the downing of the civilian airliner a bitter accident that saddened Iran and made its enemies happy.

Ayatollah Ali Khamenei said Iran's international rivals have seized on the crash to question the country and its armed forces. He also attacked the United States for its killing of a top Iranian general, which was a factor in putting Iranian air defences on high alert, and called President Donald Trump a clown.

On Thursday, countries with victims in the crash – Britain, Sweden, Afghanistan, and Ukraine – met in London to deliver a succinct message to Tehran on priorities like access, compensation, and repatriating remains.

Their memo was clear: be prepared to respond in the form of financial reimbursement for families’ losses.

"We are judging Iran every day, demand by demand," Foreign Affairs Minister Francois-Philippe Champagne said after the meeting.

Trudeau on Friday said his team continues to push for more access to the black boxes to indicate what exactly happened in the minutes before the plane set ablaze but noted they were “significantly damaged” during the crash.

With files from CTV News’ Michel Boyer & The Canadian Press

Kudos to your PM!  A Statesman indeed!!

He is not a bad chap. People like he.

Sign In To Reply
Post
Manage Topic
Welcome to the Original Guyanese Discussion Forums, first established in 1996. Here you can discuss, ask questions or generally debate anything related to politics, movies, music, health or just gyaff away your day/night here. A note of warning, the Political forum is not for the faint of heart.  We do have some rules, so please adhere to them.
Join Now
Loading...
Current Visitors: 75 (2 members, 73 guests)
They need to move supply chains to India. The worse you catch visiting is diarrhea.
5 hours ago