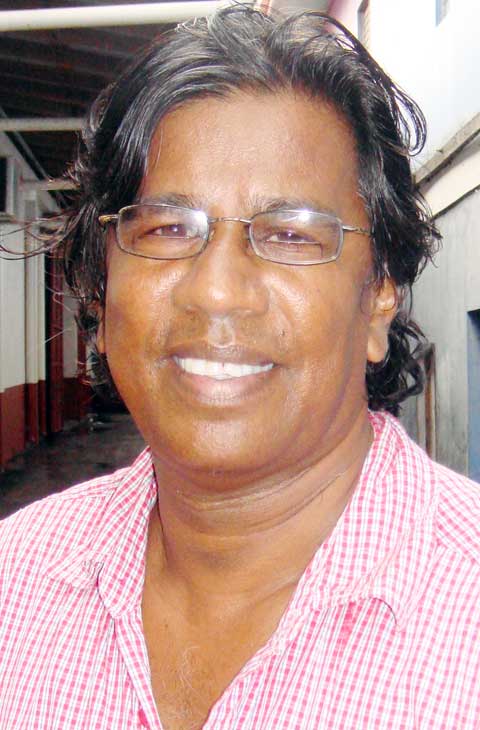 this is the meat of Frederick Kissoon's schoolbai 'analysis' making "graphic" that "these [Coalition] guys are making the PPP kleptomaniacs look like school children."

close your eyes and imagine this fool

after the Berbice Bridge rape of the NIS, the absurd rate increase/insult and planned tens of $US millions windfall bailout for Ramroop & Co if Coalition replaced by PPP

is Freddie for real? i know he ain't lost his mind

but then again . . . the word EDRIS DOOKIE and CANJE BLOCK have been foreign to him these 4+ years since since they entered the national/international consciousness in 2015

but 'columnist' Kissoon has the gall to sh!t on the coalition about poorly negotiated oil contracts

and then again, we have his parting flourish

"[Irfaan] will lock them up when he becomes president"

Redux hates every coolie. He never saw a coolie that he did not want to get rid of.

gross exaggeration is the most effective form of propaganda

Freddie talking thru his ass . . . this kind of irresponsibility probably rates a big bonus from his 'player' bassman Glen Lall

these chaps on a pitchfork high

My cousin import a vehicle from japan lately so that where I got the figures from but using the gra chart I was almost right on the money.

Here is one that cost 80 grand less cif

While Kissoon made a statement at the end of his article for maximum effect, the concerns raised relate to issues that currently adversely affect Guyana and will continue to similarly affect Guyana for as long as Guyana draws oil from the sea. Yet this fool chose to get his draws in a bunch over Kissoon’s last Statement ignoring what really matters since it is his effort to give the PNC as many excuses as they need.

Which Minister raking in all that dough ???

Sign In To Reply
Post
Current Visitors: 35 (4 members, 31 guests)
Welcome to the Original Guyanese Discussion Forums, first established in 1996. Here you can discuss, ask questions or generally debate anything related to politics, movies, music, health or just gyaff away your day/night here. A note of warning, the Political forum is not for the faint of heart.  We do have some rules, so please adhere to them .
Do not post any messages that are obscene, vulgar, sexually-orientated, racist, hateful, threatening, or that otherwise violate any laws. Do not post any messages that harass, insult (name calling), belittle, threaten or mock other members.
Do not use profanity, racial, ethnic, religious, or other slurs and stereotypes, or post sexually-oriented material, masturbatory and excretory references, or any other offensive material.

Join Now
Wildflower replied:
I love the water but will never go in water close to falls i always worry when my son goes kayaking near or in rapids
Totaram replied:
Have you read the article? Do you understand the issue? Why do you believe that Ramjattan , a practicing attorney, isn't aware of the...
Mitwah replied:
A fish starts to rotten from the head.

Mitwah replied:
Perhaps you need to learn about the difference between "ethics" and "moral". A no confidence motion should be filed on the speaker.

seignet replied:
That car will make PPP voters happy. The country is doing good even though dey ketching dey azzez. The country is becoming like an...
Keith replied:
Don’t Fall for Satan’s Lies Genesis 3:1-7 We’ve all occasionally fallen for a lie, whether it was something as trivial as false...

Sad songs they say….
13 minutes ago
‘Speaker out of order’
21 minutes ago

What's wrong with this fella ?
8 hours ago