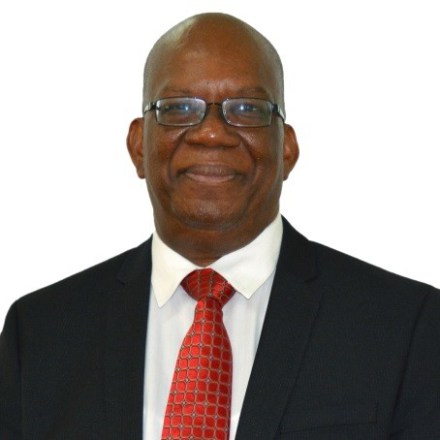 With evidence of soaring real estate prices and the buyout of most riverfront lands along the Demerara River in Region 4 for the oil industry, Minister of Finance Winston Jordan says that it cannot be dismissed that the feared Dutch Disease is already here in Guyana.

The phenomenon also decreases the price competitiveness of exports of the affected country’s manufactured goods and increases imports.

However, he explained that it was expected that an element of the Dutch Disease would follow the discovery of oil as it did when there was a gold boom in the 1980s and the focus is set on limiting its expansion while mitigating its effects.

“The Dutch Disease was here even before oil arrived. Even before oil, and let us be very frank, when the gold industry took off in Guyana, it pulled several people from the agriculture and other sectors. Because as you well know, it’s a high paying industry and similarly with oil, the same happened but it is just that that oil is now on a bigger scale,” he said.

“I don’t know if you remember when bauxite was king in Linden, but people gravitated to Linden. People left Georgetown and went to Linden because that was where the money was. So in that case, we already had some kind of Dutch Disease. It wasn’t on a very large scale, simply because we didn’t reach this situation of a  petrol sector. So there is no avoidance of some Dutch Disease. What we are trying to do is minimize the curse of the Dutch Disease. People are going to leave agriculture to the extent that they are going to get into the petroleum sector or petroleum related activities. They will,” he added.

Underscoring that agriculture remains integral to the economy of Guyana, the Finance Minister said it was one key area that is being looked at so that food imports here are limited.

“One of the backbones of this economy so far is that we can produce (food) for that same growing petroleum sector. The concern will be that if neglected, agriculture, and given the high incomes that will be circulated, that we are then forced to import. That is where it will be both a concern and a tragedy for Guyana; where we have all this arable land and we can’t use and maximize on it; when we can’t use technology to improve yields, improve manufacturing, packaging and so forth so that foods be readily available. But we have strategic plans in place and plans to put these very measures on stream,” he said.

Asked what mitigation measures his government had in place, Jordan pointed to the Green State Development Strategy (GSDS).

In addition, he said that there are a number of plans by his APNU+AFC government but he would prefer the public to see it in the party’s manifesto, than he give a prelude.

The Ministry of the Presidency has said the GSDS will be “a living example of Guyana’s commitment to the planet” and will also ensure the sustainable growth and economic well-being of the country’s population, while guiding Guyana’s national development policies for the next 20 years.

The eleventh and final advisory committee meeting of the GSDS was held late April, after months of consultations.

Following the consultations, the Ministry of the Presidency said the Department of the Environment is currently working on the third component of the GSDS—the Monitoring and Evaluation Framework—and that the policy document is scheduled to be launched this September.

“First and foremost we have a Green State Development Strategy towards 2040. In that strategy, it speaks to every sector. What we have to do now is put it in place. The talented team will dissect that 40-year plan into 5 years increments, because elections have to be held every five years. That is what we’re doing right now and you will see those plans in our manifesto,” he said.

Jordan added that emphasis will be placed on targeted specific market demands for the agriculture sector and catering to those.

“The first part is to understand the sectors and the challenges and so forth.  The second part is to adapt the plan and strategy, and of course the last part is implement. Take rice for example, Vietnam does one crop for the entire year at the far more competitive price than we do. So in addition to source and money to help the sector, a number of things have to change. Farming practices will have to change. You have to move more to technology…we also seem to abhor cooperatives in this country but it has done exceptionally well in Israel and so on. Maybe it should be re-examined,” he said.

“We have a culture in Guyana where everybody wants their own a tractor, a combine and lands. But these are expensive, the pieces of equipment are expensive for say a single person. Put it like this, a man owns 50 acres today and was farming rice. He has five children. He dies. He leaves his five children that fifty but everyone wants their equal share and they cut up the land and everybody now has 10 acres. It then requires now more. Those practices have to change and all those things are to the cost of producing the crop. We have to also look at competitiveness of our products. At the end of the day you have to cater for the place that says it wants X long grain or Y this grain of rice,” he added as he made a case for cooperatives.

Since 2015, several experts have been urging ample preparedness for the oil sector to avoid the Dutch disease with most saying that a focus on diversification, agriculture and renewables was necessary.

In 2016, United Kingdom consultant, Chris Pateman-Jones, had told a packed National Convention Centre that what is needed is a plan that would ensure the long-term viability of the industry and the building of production facilities that can survive the changes that are likely to occur.

He said that there is a wealth of positives that will come with the oil industry, such as economic development, diversification of the economy, attraction of international investment, protection of natural resources/environment, increased accountability of government, sustainable long-term wealth, and opportunity for rapid economic development.

On the flip side, he pointed put that the creation of the industry could lead to the increase in the value of the currency , increasing institutional weakness, the cyclical nature of pricing, environmental damage, societal inequality/impact, corruption and uncertainty over longevity.

Pateman-Jones stressed that Guyana needs to be aware of the fact that the decisions have to be right on the first try to avoid mistakes made in the past. He added that Guyana needs to use “international partners and investors and really think cleverly about how you can leverage them and align your overall strategy.”

Alas,  the people in no third world nation has ever benefited from their discovery of oil...We would be the first if it happens.

Sign In To Reply
Post
Manage Topic
Welcome to the Original Guyanese Discussion Forums, first established in 1996. Here you can discuss, ask questions or generally debate anything related to politics, movies, music, health or just gyaff away your day/night here. A note of warning, the Political forum is not for the faint of heart.  We do have some rules, so please adhere to them.
Join Now
Trinidad born rap­per Nic­ki Mi­naj makes donation to St Jude’s Home for Girls
Jamaica: Slain former Reggae Boy hailed
Jamaican security guard kills wife in Trinidad
Jamaica: Woman gets heart attack after being told house will be demolished
Jamaica: Vendors using obeah to get sales
Jamaica: 10 year-old boy found after running away from home for 20th time
Jamaican PM carefully weighs minister’s US Visa troubles
Lady Jags humbled by Mexico
Current Visitors: 148 (11 members, 137 guests)
Frig Trump I am worried about my friggin Pension!!!!!!!!!!!!!!!!!!!!!!
25 seconds ago

no masks available
46 seconds ago

on one of my side business...a customer just call and order masks, Lysol, gloves, clorox wipes, cleaning stations
1 minute ago

chickens coming home to roost for Trump
2 minutes ago

Dow down almost 1000.... Trump press conference obviously did not help
4 minutes ago

What's going on in India?
5 minutes ago

First Lady lays out path for reelection of President Granger- Granger turn DOCTOR days before election.
18 minutes ago
Dow down 800 points
22 minutes ago

Govt grants financier 164,000 acres of land- just days before election.
25 minutes ago
Jamaica: Vendors using obeah to get sales
29 minutes ago
Will she listen??
31 minutes ago