September 11, 2020Embattled Returning Officer for Electoral District Four (Demerara – Mahaica), Clairmont Mingo was, on Friday, slapped with an additional charge of electoral fraud when he appeared at the Georgetown Magistrates’ Court.

He was not required to plead to the indictable charge of conspiracy to commit fraud when it was read by Magistrate Faith McGusty. 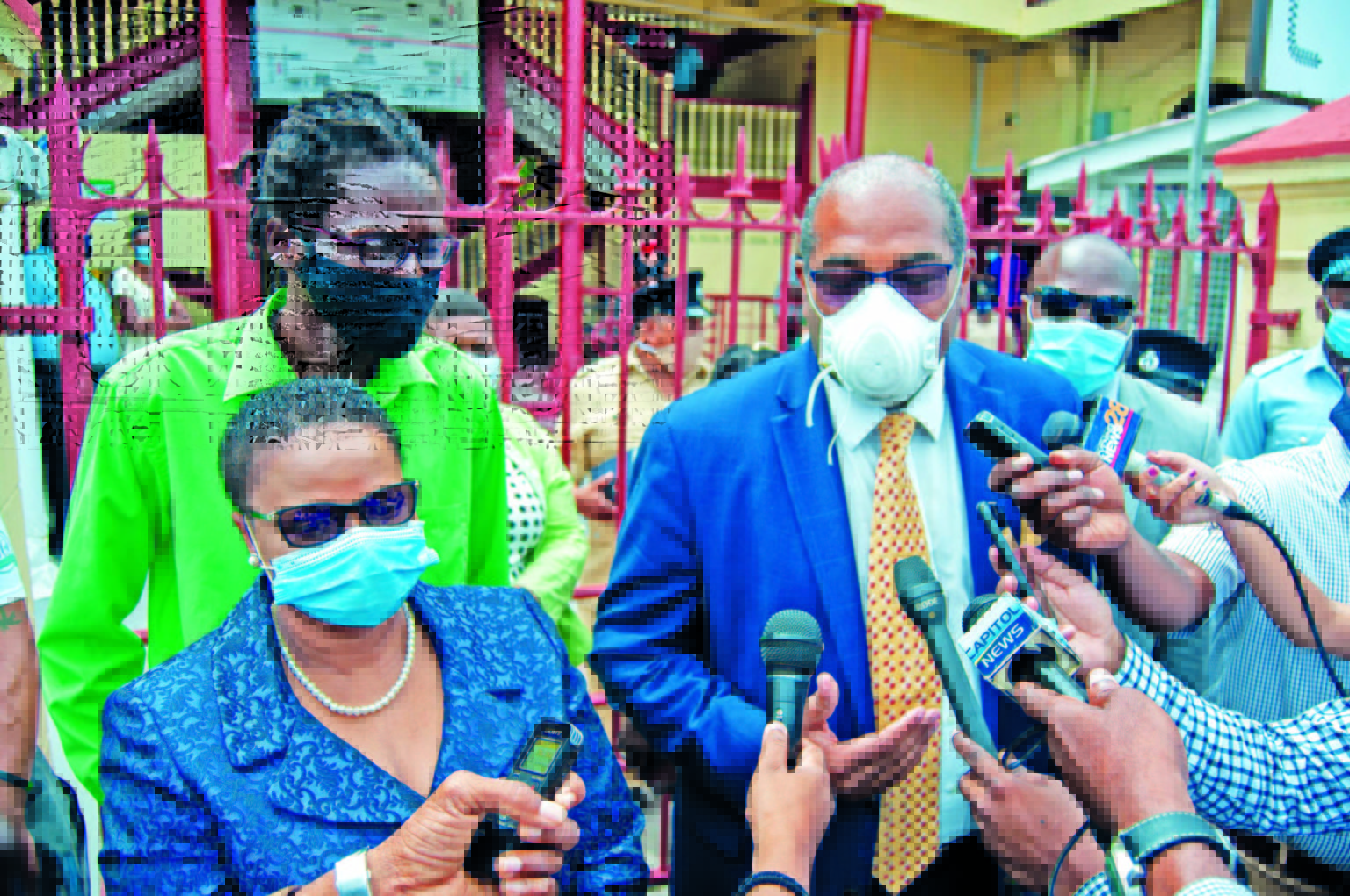 He was jointly charged with PNC Chairwoman, Volda Lawrence.

He was placed on his own recognizance and will make his next court appearance on November 16.

Meanwhile, Lawrence also made her second appearance in court to answer the charge of fraud. However, the Prosecution asked the court for additional time to proceed with the case and it was granted.

She will also make her next court appearance on November 16.

The particulars of the charge state that Mingo, having been procured by Lawrence on or about March 5 at the Command Centre for the Guyana Elections Commission (GECOM) on High and Hadfield Streets, uttered to the Chief Elections Officer (CEO), Keith Lowenfield, the election results for Region Four, knowing it to be forged, with intent to defraud the people of Guyana.

The Guyana Elections Commission, despite being barred by an injunction, went ahead and published the Form 24s [which the election declaration] for all regions on its website. This included the Region Four unverified declaration. On the form, there is the signature of Mingo and that of Lawrence.

All of the Form 24s that were published by GECOM on its website had GECOM’s stamp with the RO’s signature. However, a close examination of Region Four’s form shows that Lawrence’s signature was affixed below that of the RO.

Mingo, during his first court appearance, was $600,000 bail on four charges of Misconduct in Public Office.

Bingo Mingo and Vulgar Volga TIME, lock them up.

Mingo will never play sick again at a job!  Vulgar scored a few points recently appealing to the protesters for calm.

Bingo Mingo and Vulgar Volga TIME, lock them up.

Watch out for more demonstrations and violence. These people don't have any shame.

Sign In To Reply
Post
Current Visitors: 191 (4 members, 187 guests)
Welcome to the Original Guyanese Discussion Forums, first established in 1996. Here you can discuss, ask questions or generally debate anything related to politics, movies, music, health or just gyaff away your day/night here. A note of warning, the Political forum is not for the faint of heart.  We do have some rules, so please adhere to them .
Do not post any messages that are obscene, vulgar, sexually-orientated, racist, hateful, threatening, or that otherwise violate any laws. Do not post any messages that harass, insult (name calling), belittle, threaten or mock other members.

Join Now
Prashad replied:
Thanks Cain. The wife told me that there is a French area there. I don't know one word in French.

cain replied:
Some also do so out of their asses. This will be interesting as we know politicians as well as lawyers lie likea rass.