Queen’s College student Michael Bhopaul has once again excelled, securing an impressive 16 Grade 1 passes at the Carib-bean Advanced Proficiency Examinations (CAPE).Bhopaul, who has previously told Stabroek News that he intends to study Quantum Physics as he is fascinated by the idea of explaining particulate matter movements as waves, has been a consistent top performer.

In 2012 he, along with Ramesh Ghir, secured 563 marks and shared the top spot at the National Grade Six Examination. In 2017 Bhopaul repeated this performance when he sat and passed 25 subjects at the Caribbean Secondary Education Certificate (CSEC) examinations.

At those examinations he was able to secure a total of 24 Grade I passes, representing Grade I passes in 23 subjects, including a double award for Agricultural Science, as well as a Grade II pass. The Council named him topped regional performer that year after he took home seven of the nine regional awards presented for performances at CSEC.

This year 880 candidates from 10 secondary schools and five Private Centres wrote the examination in Guyana and according to Minister of Education Nicolette Henry 93% were able to secure passes with Grades I to V. 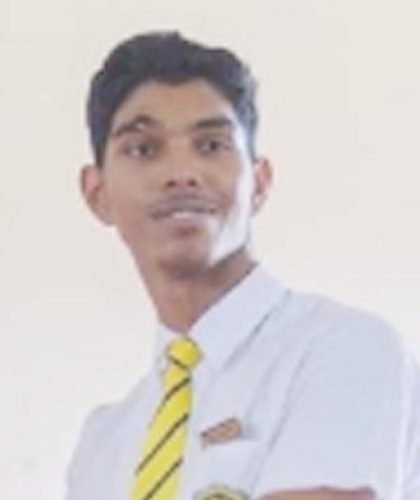 Bhopaul now holds an Associate Degree in Natural Science as does his classmate Leonardo Gobin. Gobin secured 13 Grade I passes and two Grade II passes. He has earned a Grade I in Pure Mathe-matics Units 1 and 2, Applied Mathema-tics Units 1 and 2, Biology Units 1 and 2, Physics Units 1 and 2, Environmental Science Units 1 and 2, Communication Studies and Integrated Mathematics. He acquired Grade IIs in Caribbean Studies and Chemistry Unit 1.When Stabroek News reached out to Gobin, he was very happy with his performance and humbled by his success.He credited his family, God and his Mathematics teachers noting that even with his hard work he could not have achieved this success without them.  He now hopes to study medicine and become a cardiologist.Gobin advises future candidates to stay focused and set goals noting that when he set out to write the exams he had to discipline himself to stick to studying.

Farah Chin of Marian Academy who hopes to pursue her studies in Biology at a University in Canada (to become a dentist) told Stabroek News she is very satisfied with her performance given that she put just enough effort into securing her 12 units.Chin has earned nine Grade Is in Carib-bean Studies, Integrated Mathematics Units 1 and 2, Pure Mathematics Unit 2, Physics Unit 2, Chemistry Unit 2, Biology Unit 2, applied Mathematics Unit 2. She also acquired five Grade IIs in Pure Mathematics Unit 1, applied Mathematics Unit 1, Chemistry Unit 1, Physics Unit 1, and Communication Studies and Biology Unit 1.Her advice for future candidates is to choose subjects they are interested in doing. She emphasized that many people are influenced by others when choosing subjects but stressed that it’s not worth it.“If you are not enjoying it (the subject) do not do it” she said before explaining the importance of not underestimating the exam, “it’s not like CSEC”. 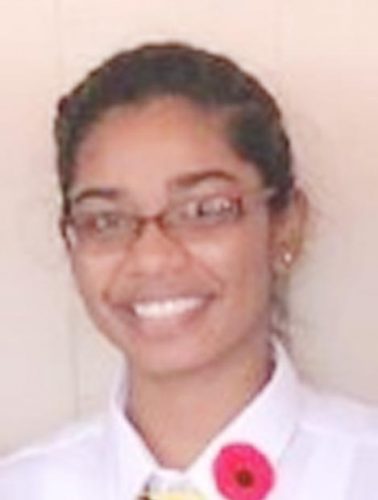 Another student from Queen’s College to secure a place in the list top performances was Jelena Arjune who is “extremely satisfied and very grateful” with her results.Arjune was able to secure Grade 1 in Biology Units 1 and 2, Caribbean Studies, Environmental Science Unit 1, Integrated Mathematics Unit 1, Applied Mathematics Unit 2, Chemistry Unit 2, and Pure Mathematics Unit 2 Physics Unit 2. While acquiring Grade IIs in Chemistry Unit 1, Communication Studies and a Grade III in Pure Mathematics Unit 1. Arjune has already applied at the University of Guyana’s medical programme as she hopes to pursue a career as a medical doctor. Her greatest supporters she says are her parents and definitely God. She has also encouraged future CAPE candidates to stay focused as many distractions might pop up.“If you are determined, you can do anything,” she advised. 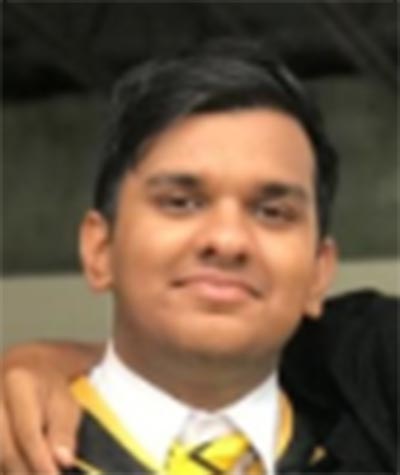 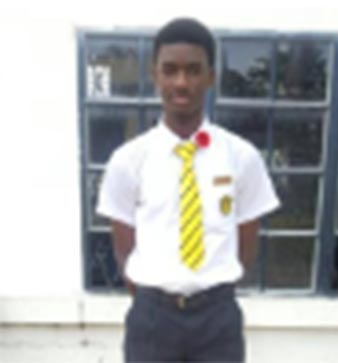 Jamal Thomas from Queen’s College says he did not expect to do well, he hoped for it but did not think it would be this well.Thomas sat five Units in lower six and secured Grade 1 passes in Physics, Chemistry, Pure Mathematics, green engineering and a Grade II in Caribbean studies. This year he successfully wrote eight Units and acquired Grade 1 passes in Applied Mathematics Units 1 and 2, Chemistry Unit 2, Physics Unit 2, Integrated Mathematics Unit 2, Pure Mathematics Unit 2 and Integrated Mathematics Unit 2He told this newspaper that he has his family, and teachers to thank for all the support they have given him throughout the journey. He also told Stabroek News that he has realized that a number of students usually take on more than they can handle.He advises that if you can handle it, do it and do it for yourself only.

Pretha Smith wrote five subjects last year and acquired Grade 1 in Biology Unit 1, Chemistry Unit 1, Physics Unit 1 Caribbean Studies and this year she wrote 6 subjects and acquired Grade 1 in Biology Unit 2, Chemistry Unit 2, Physics Unit 2, Pure Mathematics Unit 2, Integrated Mathematics Unit 2. When Stabroek News reached out to Smith she exclaimed that she was overjoyed with her performance, “this amazing, I did work extremely hard for this and applied myself to this after I saw my results last year I knew I could do it.”She has since applied to the University of Guyana as well as an overseas University, where she hopes she can pursue studies to become a neurologist.  She hopes anyone planning to write the exams knows that they have to trust God and study and pray so they can achieve their goal.

Nial Beaton, a top performer from Saint Stanislaus College has already gone abroad and intends to pursue studies in the public health field. He acquired Grade Is in Biology Units 1 and 2, Integrated Mathematics Unit 2, Pure Mathematics Units 1 and 2, Caribbean Studies, Chemistry Unit 2 while he acquired a Grade 2 in Chemistry Unit 1 and a Grade III in Communication Studies.

Hear nuh, could very well be their parents were some of those brought in by BJ to help pad PPP vote list.

Congrats to the kids.

good one. would put a smiley face if i knew how.

Very good to see this.

Sign In To Reply
Post
Current Visitors: 20 (1 member, 19 guests)
Welcome to the Original Guyanese Discussion Forums, first established in 1996. Here you can discuss, ask questions or generally debate anything related to politics, movies, music, health or just gyaff away your day/night here. A note of warning, the Political forum is not for the faint of heart.  We do have some rules, so please adhere to them .
Do not post any messages that are obscene, vulgar, sexually-orientated, racist, hateful, threatening, or that otherwise violate any laws. Do not post any messages that harass, insult (name calling), belittle, threaten or mock other members.
Do not use profanity, racial, ethnic, religious, or other slurs and stereotypes, or post sexually-oriented material, masturbatory and excretory references, or any other offensive material.