The People’s Progressive Party/Civic (PPP/C), in working out the logistics of ensuring that voters are facilitated to exercise their constitutionally guaranteed sovereign franchise, from the list of Polling Stations submitted by GECOM, discerned very disturbing trends countrywide. Giving examples, the Party on Monday evening stated that in one district on the East Coast of Demerara – from Mon Repos and Foulis – Polling Stations have been reduced and this could hinder persons’ constitutional right on March 2, 2020. 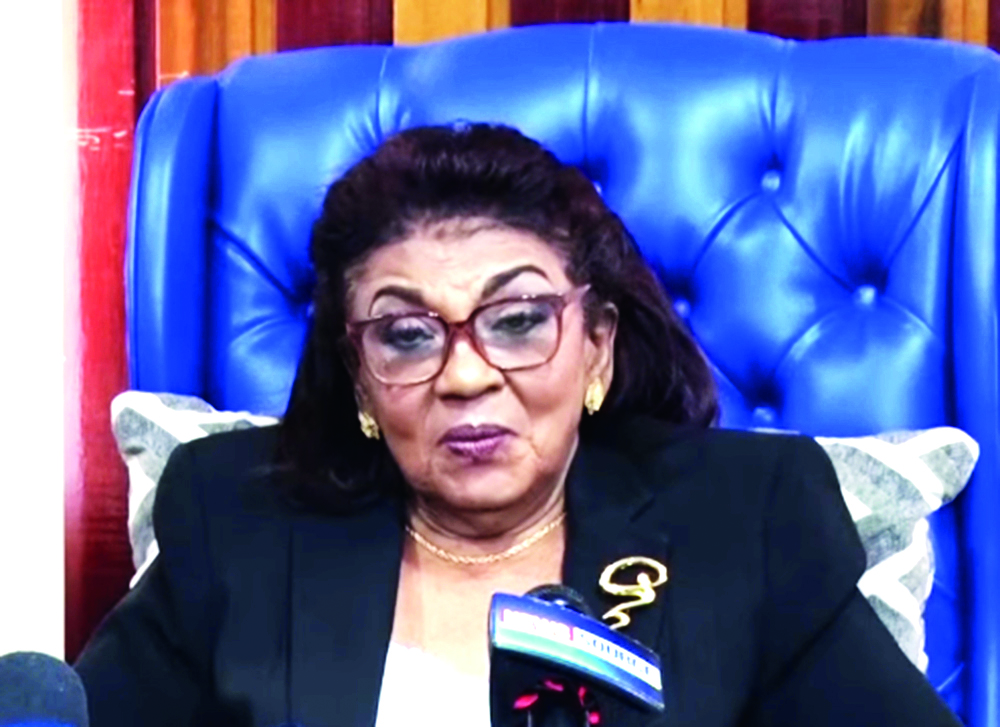 Speaking with Guyana Times, PPP/C Chief Scrutineer Zulfikar Mustapha said that the decision by GECOM to reduce the polling places will now displace persons and cause chaos. In Mon Repos, there are approximately 10,000 voters registered, yet only two Places of Poll – Mon Repos Nursery School and Mon Repos Primary School – have now been designated to facilitate them. Mon Repos comprises several sections – Mon Repos North, Mon Repos Housing Scheme, Mon Repos Market Square, Mon Repos Squatting Area, Mon Repos Richardsville, Marthasville Block CC and Block 8 – which are widely dispersed.
From the data provided, approximately 7000 voters will now be funnelled into Mon Repos Primary School to cast their ballots. This is a recipe for chaos since, based on our history of past elections, most of these voters will be arriving at the Place of Poll in the early hours of the morning or in the evening. In the last elections, Mon Repos had 19 polling places, which allowed a very orderly flow of voters and the voting was incident-free.

This, he said, is an alarming pattern and has been repeated in Good Hope where the polling places have been reduced from 10 to 3; and in Lusignan, from 20 to 3. A large number of persons from Foulis have now been transferred to vote at Paradise Primary School, which is two miles west of Foulis.
The experience at Paradise Primary School in the 2015 elections suggests what may occur when so many persons have to traverse long distances to reach their Place of Poll and be herded to stand in long lines for hours before they can cast their ballot. The Commissioner of Police had to dispatch Riot Police to break up crowds at this Place of Poll and to permit the PPP’s Polling Agents and Statements of Poll to exit.

“We are seeing this pattern repeating across the country, particularly in the rural and hinterland areas where the distances to be traversed are even more daunting and consequently more likely to precipitate logistical disenfranchisement.”
Unfortunately, he added, the party can only conclude that this massive reduction in polling places by GECOM, through design or inadvertence, is sure to cause at a minimum, a discouragement to voters to cast their franchise or at maximum, create a situation on March 2 that will descend into chaos and destroy any hope of peaceful and orderly elections.
“We call upon GECOM to immediately rectify this explosive situation which can derail our incipient democratic order. We call upon the Guyanese people, the international community and the international observer groups [to] raise their voices against this unreasonable fettering of the right to vote so as to ensure that the General and Regional Elections are free and fair.
He noted that instead of making the process as simple as possible, GECOM is now moving the Polling Stations away from persons which will not only inconvenience voters but frustrate them.
Mustapha added that he wrote Chief Elections Officer Keith Lowenfield, on this matter, objecting to the decision and also made viable recommendations. He added that his letter has not even been acknowledged by Lowenfield. The party’s Chief Scrutineer added that he hopes that the international observers in Guyana are taking note of the length at which the legitimate machinery is being used to frustrate voters.

Discriminatory
Meanwhile, Former Attorney General, Anil Nandlall in a social media post on Monday evening said that GECOM has made a decision to use only public buildings as Polling Stations.
This decision, he said, must be reviewed.
“It will cause confusion, chaos, tremendous hardship and inconvenience on polling day, because some communities which have thousands of voters, only have one or two public buildings, whilst others, have many public buildings.”
According to Nandlall, this inequitable distribution of polling places is discriminatory in so far as it gives electorates in certain communities easier access to voting places than others.
“In my view, this amounts to suppression if not a denial of persons’ constitutional right to vote. This strikes at the heart of the democratic process…No elector should be subjected to such unnecessary hardships to exercise his or her franchise. The community of Mon Repos, for example, had 19 polling places in the 2015, for 2020, that have been reduced to two.  I wish to draw this issue to the attention of the observer teams and the international community and request their urgent intervention,” Nandlall added.

This is their ticket to winning. The average electors to polling places under the PPP was 256. I did not like them using supporters homes as polling places but that was the only problem I had with them. With these folks, the reduction of polling places is a tell they aim to game the system. One has to look at what the republicans do here. Scare people away, make it difficult to vote, and use every preventative scheme from misinformation to direct mixing up of registrants and their designated polling places.

The PNC DOGS are shameless and will do anything. The socalled Justice leading GECOM should take Malathion!!!

And be sure the PNC PIGS will use Govt vehicles to transport their supporters to the Polling Stations!! The stinking PIGS will never change. Vote PNC for destruction, Poverty, SHIT HOLE Status!!

How can 10,000 voters vote in just 2 polling stations in a day?  This is an attempt to deprive people of their votes. They are just doing this in PPP strongholds.  Racism and Fraud.

THE STINKING DOGS WILL NEVER BRING PROGRESS TO GUYANA. THOSE DUMB BASTARDS ONLY KNOW TO EAT, DRINK AND GAT NUFF SWEETHOMEN AND CHILD MOTHERS!!!!!!!

I agree Amral. Those stinking Hooligans called PNC not fit to tun a Pig Pen!!

Mon Repos and Lusignan are predominantly PPP strongholds.  Folks have to organize amongst themselves for bulk transportation and work out pick up points. Lots of work for the opposition.

They are already down there.

What's GECOM explanation? This does not seem right...such a massive reduction

GECOM explanation is simple. Why all the fuss? The ballots are already counted PNC style.

the man generally expose fake news...which this could turn out to be

KP, is the source a PPP shill?

IS the source a PPP rag?

Is this legitimate news or just folks looking to stir up trouble?

Right now, I don't believe it

KP, if you don't post the source, the thread will be closed until you let us know where you got this story from...

Source is in the article.  It says Guyana Times.  There is some massive rigging going on with displacement of polling places.  People are reporting that they are being sent miles away from where they have voted in the past.  My understanding is that this is happening in PPP areas.

Where else?? The stinking DOGS will forever be criminals, Riggers and inhuman Friggers!!! Some people will be voting in tents as polling places.

And gets it on with the PNC. Deep enough Gadaha or should i go deeper

You are crazy and delusional.