Murder accused Bisram loses bid to avoid deportation from US 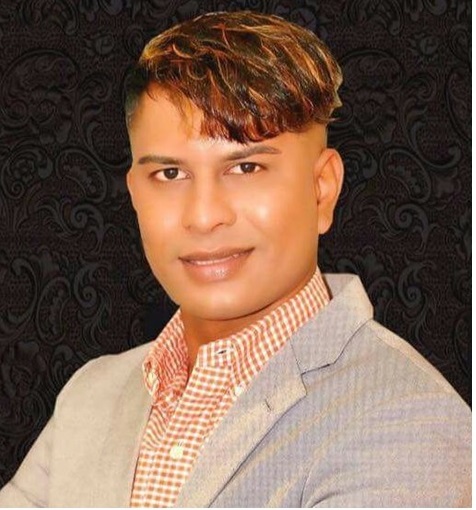 Marcus Bisram may soon arrive on Guyanese soil to have his day in local courts on the murder charge he faces as his recent bid to prevent US authorities from extraditing him to Guyana failed yesterday when US Judge Kiyo A. Matsumoto denied his writ of habeas corpus as well as his bid to have an evidentiary hearing.

It means that US Judge Peggy Kuo’s October 2017 order in a New York court that Bisram be extradited to Guyana still stands and could be effected soon.

Yesterday’s decision marked another failure for Bisram in his several legal battles in the local, regional and US courts to fight against being brought to Guyana to face a charge over the murder of Number 70 Village carpenter Faiyaz Narinedatt.

“For the forgoing reasons, the petition for a writ of habeas corpus is denied as is petitioner’s motion for an evidentiary hearing,” the court said in documents seen by this newspaper, effectively dismissing the petition and closing the case.

Bisram had premised his challenge to the extradition order on two main issues: that a witness was coerced to give evidence against him to the Guyana Police Force and that the same witness had recanted the said statement. It was because of these arguments he wanted to have an “evidentiary hearing” which would have basically seen the evidence against him for the murder being  presented before the court for determination.

Bisram’s lawyer, Mario F. Gallucci, had moved to Judge Matsumoto and sought several orders, with the first among them being for the judge to assume jurisdiction for the matter. He had also sought an order by the judge to reverse Justice Kuo’s certification and committal for extradition.

However, in the ruling, Judge Matsumoto noted that Bisram provided the court with no support for his argument that the court may consider on review of the Magistrate Judge Kuo’s order  as he did not attempt to offer any evidence of recantation of the witness in the case in Guyana. As such the court said it will not speculate as to whether Judge Kuo would have admitted the evidence and, if so, whether it would have affected her probable cause determination.

“To the extent that petitioner argues that the witness statements should be disregarded because they are ‘illegible’ ‘not typed’ and ‘written in script’ his argument is unconvincing. First, they are not entirely illegible.  Second, petitioner failed to raise this argument in the extradition hearings. Moreover, Guyana provided an affidavit from a police officer summarizing the statements…which the petitioner did not challenge at the extradition hearings,” the court stated.

Further, the court noted that Bisram does not explain the allegation of coercion as it relates to the witness’s statement made against him but expands on it in this matter, again without evidentiary support. He argues that the witness was coerced because he cannot read or write and therefore signed the document not knowing what it said. Again no evidence was given to support this allegation. The judge said that Bisram “misses the mark” both as it relates to the alleged recantation of the statement and on the issue of coercion of the witness and instead “he confuses the standards for admitting such evidence at an extradition hearing and a district court’s standard of review in a habeas proceeding.”

The judge once again stressed that because Bisram failed to introduce any “explanatory evidence” during the extradition hearings, the  court could not evaluate whether Magistrate Judge Kuo treated such evidence appropriately.

“Even if the court were to consider this evidence, it would not find that the evidence has ‘some reasonable change of negating … probable cause,” the judge said in the ruling.

The court noted that the arrest warrant issued by Guyanese authorities states that at the party hosted by Bisram he approached Narinedatt and touched his body including his penis and his buttocks and in response the victim slapped him several times. It was then he allegedly instructed five other guests at the party to kill Narinedatt and they proceeded to beat him in the yard and then on the roadway and Bisram allegedly again stated that they should beat him until he was dead.

In August, Bisram suffered another setback when the Guyana Court of Appeal refused his application for an urgent hearing of his challenge to a ruling by a local judge. The court at the time had noted that the filing of multiple identical applications on his behalf amounts to an abuse of the court process.

He then moved to the Caribbean Court of Justice which dismissed an application made on his behalf for an urgent hearing of a challenge to a local judge’s refusal to discontinue the charge against him.

Justices of Appeal Arif Bulkan, Rishi Persaud and Rafiq T Khan SC had constructed that ruling and it was pointed out that Bisram is one of hundreds whose alleged involvement in murder are currently at some stage in the criminal justice system and that there are multiple stages in the process of prosecution for any criminal offence before a person actually serves his or her sentence of imprisonment. These include investigation, arrest, charge, preliminary inquiry, committal to trial, conviction, appeal, consideration of mercy, and commutation if applicable. “In this regard, therefore, Marcus Bisram is far from unique,” the court had found, before pointing out, “Bisram has advanced absolutely no reason as to why his case should take precedence over all the others that are in the system before his, including those which may well have merit.”

It was pointed out that the offence of murder is one of the most serious crimes under Guyana’s law and therefore there is a very strong public interest in all of the state’s criminal justice procedures being allowed to progress.

In late September Magistrate Charlyn Artiga found that a prima facie case had been made out against five of Bisram’s co-accused on the charge of murder.

The US Courts are not for sale unlike many Guyanese religious leaders and Indian Melody groups.

He needs to face the Guyanese Justice.

HAHAHA  Vish calling out all the Hypocrites.

HAHAHA  Vish calling out all the Hypocrites.

Vishnu deals with them and got his hands burn to finally calling out the hypocrites.

In the beginning probably but after he gets greenheart and wallaba for breakfast, lunch, dinner and a few snacks in between I am willing to bet he'll have a change of heart.

Only in PNC Guyana

Only in PNC Guyana

I think so.  There will be a fall guy.

90 Percent chance that he will walk free.

I think so.  There will be a fall guy.

Some of the witnesses already recanted, others have conflicting story. I think someone did kill the fellow for reasons stated but this fellow will serve only the time he waits for his case to be tried.

This is funny rass, now you gone make a certain fella revolt... is like lighting fire on his arss. Now Comrade Zara, Why is Granger in a...
27 minutes ago

You darn right.
35 minutes ago

PNCR/AFC are unaware of basic parliamentary issues on Minister and Technocrat functions plus specific places in parliament for the...
42 minutes ago

Example of the responsible nature of comrade Granger govt. This is what Guyana need. The opposition have no such control of themself.
52 minutes ago
No way Billy bhai.
58 minutes ago