COLUMBIA, S.C. –  The man accused of slaying of nine black church members in Charleston last month has been indicted on dozens of federal charges, including 12 hate crime counts.

Documents released Wednesday show a federal grand jury indicted 21-year-old Dylann Roof on the charges. The indictments include a dozen allegations of obstructing someone's religious practice, a charge that can potentially carry the death penalty in the federal system.

Federal charges have been expected since Roof was arrested following the June 17 shootings at Emanuel African Methodist Episcopal Church in downtown Charleston. Roof, who is white, appeared in photos waving Confederate flags and burning or desecrating U.S. flags, and purportedly wrote of fomenting racial violence.

Prosecutors haven't said if they'll seek the death penalty against Roof on state charges including nine counts of murder. FILE - In this June 18, 2015, file photo, Attorney General Loretta Lynch speaks at a news conference at the Justice Department in Washington. Lynch announced that Dylann Roof, the man accused of slaying of nine black church members in Charleston last month was indicted July 22, on 33 federal counts, including hate crimes, firearms violations and obstructing the practice of religion, which could include the death penalty. (AP Photo/Pablo Martinez Monsivais, File) (The Associated Press)

The white man charged in South Carolina with killing nine blacks at a Charleston church faces federal hate crimes and firearms charges that could lead to the death penalty or life in prison, U.S. Attorney General Loretta Lynch said on Wednesday.

The federal government has not decided if it will seek the death penalty if Roof is convicted, she said.

South Carolina is one of the few U.S. states that does not have a hate crimes statute. So the charges in the federal hate crime that Roof targeted the victims "because of their race and in order to interfere with their exercise of religion" are part of the federal indictment, Lynch said.

She noted that Roof had singled out the nearly 200-year-old Emanuel African Methodist Episcopal Church because of its historical significance in the African-American community. She said he had been planning the attack for several months.

Roof, 21, has already been charged with nine counts of murder in state court in Charleston in the June 17 shooting. If found guilty, he could face the death penalty. He also faces three counts of attempted murder.

Following the massacre, a website linked to Roof surfaced containing a racist manifesto, showing him in photos posing with a Confederate flag, viewed by many as a symbol of racism. 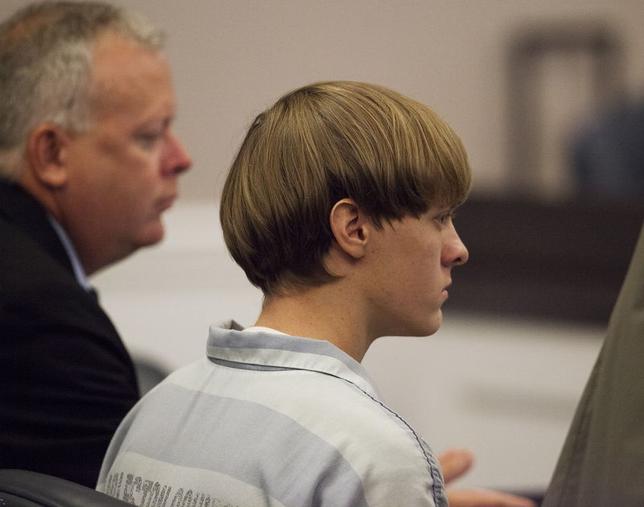 Such experiences have far reaching implications on the mind-set and attitude of an entire people.  Just look at the poor lady in Texas, harassed for a minor infraction pushing her over the edge to suicide.

Sign In To Reply
Post
Current Visitors: 91 (2 members, 89 guests)
Welcome to the Original Guyanese Discussion Forums, first established in 1996. Here you can discuss, ask questions or generally debate anything related to politics, movies, music, health or just gyaff away your day/night here. A note of warning, the Political forum is not for the faint of heart.  We do have some rules, so please adhere to them.
Privacy Statement - Rules
Join Now
BREAKING NEWS: Champion drag-racer dies from COVID-19 complications at GPHC By News Source Guyana on April 6, 2020 News Source...
5 minutes ago

God’s Goodness in Discipline Hebrews 12:1-13 When a parent uses negative consequences in disciplining a son or daughter, the child might...
22 minutes ago

Until you earn yourself a LAW DEGREE I don't recognize your competence to assert what the LAW states. Please read the following report.
2 hours ago
His aloo peeler betta be sharp, or he might get wrapped up fa de night. All kinds of proposals are made anonymously on GDF. Because if...
5 hours ago

So you feel separating the races in Guyana will bring back those people who were killed. Do you really understand what revenge brings ?
5 hours ago

All COVID-19 test results go straight to Volda Lawrence from the lab--- WHY! WHY! WHO IS SHE??
5 minutes ago
Not a Sermon only a Thought
22 minutes ago

Who's missing Nehru?
2 hours ago
GECOM has to rely on govt to facilitate recount.
2 hours ago
Kollie wants power?
5 hours ago