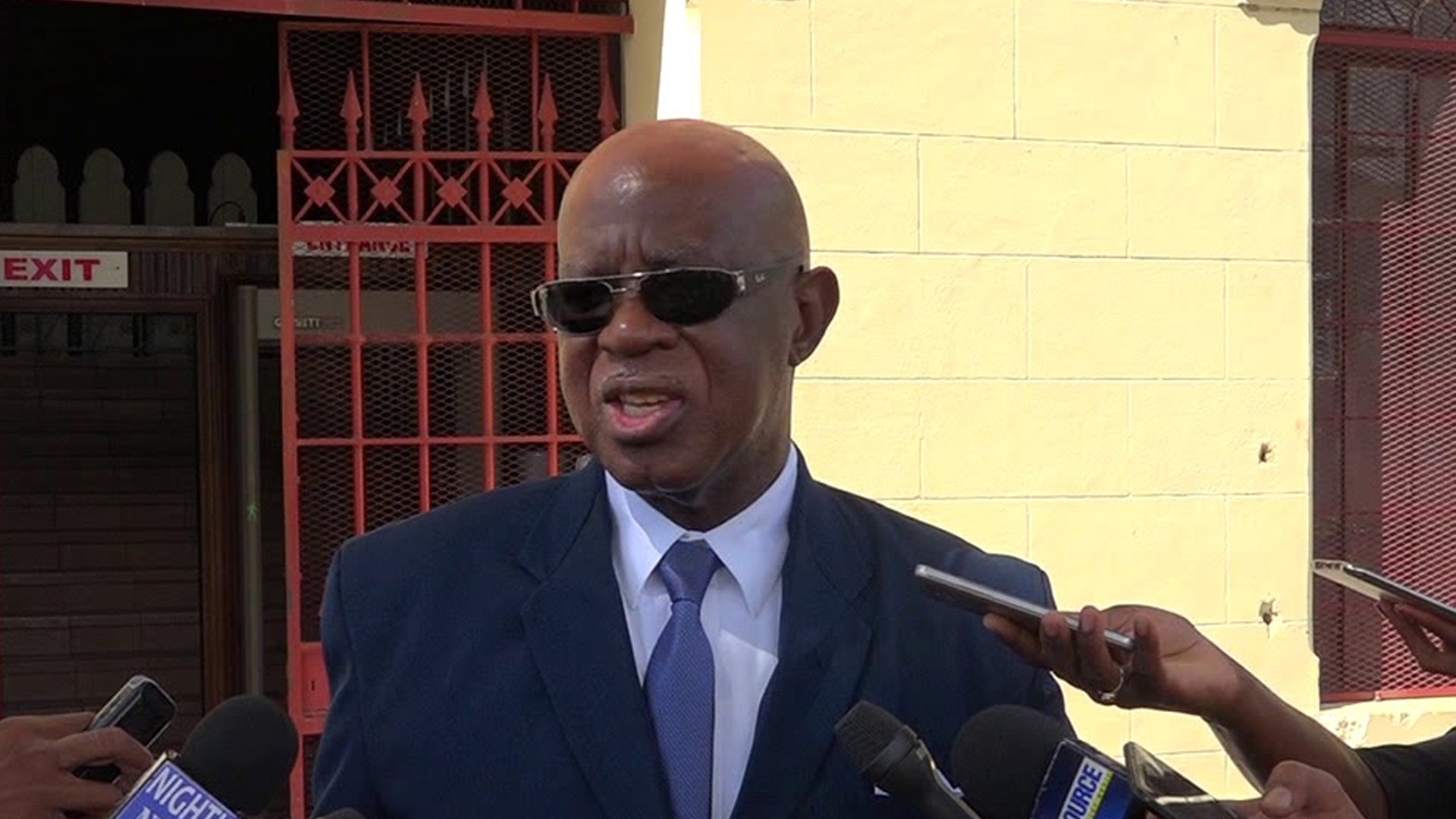 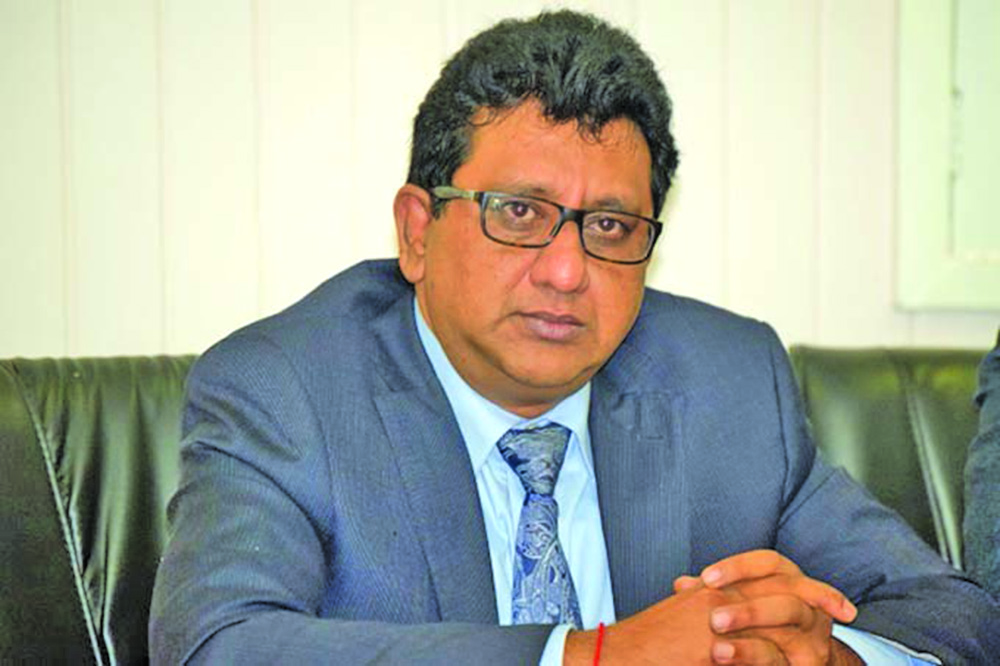 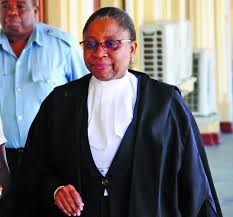 Kaieteur News – Attorney-at-law, Mayo Robertson failed in an early attempt to have the application to strike out the election petition by Attorney General (AG) and Minister of Legal Affairs, Anil Nandlall, thrown out.

Nandlall had filed application to strike out the elections petition challenging the outcome of the March 2, 2020 Regional and General elections. The application was filed on November 10, last.

During a Case Management Conference (CMC) hearing into the election petition cases which continued before Chief Justice (ag) Roxane George-Wiltshire yesterday, the lawyer raised contention over what he termed as a blatant disregard by the AG for an Order of Court.

Robertson who led a legal team representing one of the petitioners sought to highlight Nandlall’s disregard for the Court Order which he claimed is grounded in the notice of application to strike out the petitions.

“Today’s date was not set aside for that,” Robertson said alluding to the October 22, CMC Order.

“The order on October 22 specified that permission was granted for the fourth named respondent [Bharrat Jagdeo] to file application and submission in relation to the service of petition 88 of 2020 and petition 99 of 2020…” the lawyer stated.

“Your Honour, it is an order of the Court not a suggestion,” Robertson continued, adding that the AG was forcing the court to hear an issue on November 24 which should be ventilated on November 30 and December 4.

Further, the lawyer argued that AG’s application should be struck out since it was filed via the wrong method. He claimed that Nandlall filed a notice of application in keeping with the new Civil Procedure Rules (CPR) when the contention should have been filed as a summons as provided for under the provision of the National Assembly Validity of Elections Act.

According to Robertson, National Assembly Validity of Elections Act has its own rules which should be followed.

However, the Chief Justice pointed out to Robertson that the applications deal with the issues laid before the court.

The CJ said therefore that she could see the reasoning behind Robertson’s contentions describing his arguments as “untenable.”

Justice George-Wiltshire said further, that if she was to take Robertson’s point into consideration, he too would be found liable of violating the Court Order.

The Chief Judge said that in her view Robertson’s submission should also be struck out since he too violated her order by submitting voluminous documents that have already been filed.

“You are also in violation since I said do not file anything that is not absolutely necessary; do not exhibit documents that are already before the courts. And you, Mr. Robertson, have two sets of submissions in which you do have exhibited affidavits that have been filed. I could strike out what you have, similarly, since you also did not comply with the courts order Mr. Robertson but we’re not going to go down that road,” the CJ stated.

As such, Robertson apologized and withdrew his contention over the method employed to file the matter.

The Judge said that while there is no prejudice in the AG filing the application, it was not necessary for him to do so.

In response, AG Nandlall explained that while he accepts that he went outside the Court’s permission in filing the application, his right as Attorney General to be part of the election petition case is enshrined in the Constitution. Nandlall stressed therefore that he did not need the permission of the court to file an application

In relation to the method used to file the application Nandlall added “I want to emphasize that my friend (Robertson) is guilty of the same thing. So, if I am wrong, he is even more wrong. My application is simply an interlocutory application, so if my application is struck out it doesn’t really affect me. But his own, both petitions go.”

Meanwhile, Lead Attorney for Bharrat Jagdeo, Trinidadian Senior Counsel, Douglas Mendes, tackled the contention previously raised by attorney for the petitioner that former President David Granger is not a necessary party to the case and should be struck out.

“If the court decides that Mr. Granger is not a necessary party, then he will be struck out only from the proceedings but if the court decides that he is a necessary party, then the entre petition will need to be struck out…” he said adding that the matters are bound up together and should await the full hearing before a determination of the issues are made.
The full hearing of the matter is expected to commence on November 30.

The AG had previously filed an application pointing to the defective service of the election cases as basis to have the elections petition struck out.

In his application, the AG noted the documents were served on Granger four days outside the statutorily prescribed period.

He stated that the Affidavit in Support of Service of the petition filed by Brennan Joette and Natasha Nurse shows the acknowledgment of service signed by David Granger on September, 25, 2020 when it should’ve been served by September 20, 2020.

This is very poor reporting.

This is very poor reporting.

And you are in contempt of sanity.  Without reading or understanding issues you make wild, silly pronouncements.

And you are in contempt of sanity.  Without reading or understanding issues you make wild, silly pronouncements.

And what are you? Do think you are smart? You are not!

You didn't even say anything constructive about the post, but criticize the writing which cannot comprehend.

Surely the focus can return to the topic ...

Surely the focus can return to the topic ...

Some members don't focus on anything except when they are stalking me to attack my personality which they don't have.

This forum has gone for channa.

Some members don't focus on anything except when they are stalking me to attack my personality which they don't have.

This forum has gone for channa.

Na, you're the starboy. Just do your thing, don't bother with them.

Na, you're the starboy. Just do your thing, don't bother with them.

Ramakant-P replied:
I think you mistake me for your Mama.
$M unaccounted for in Region 10 community projects under SLED programme
6 minutes ago

Toronto's Dominion Voting Systems sues Rudy Giuliani for $1.3B US
11 minutes ago