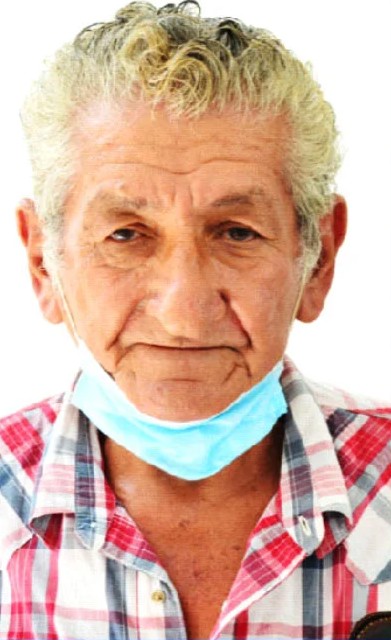 “A bunch of lies” is how Jimmy James yesterday described his party’s claim that he was unwell and that he no longer wanted to take up his seat on the Region Eight council.

In an interview with Stabroek News by phone from Paramakatoi, James insisted that he will take up his seat on the Potaro-Siparuni council as that is what the people have voted for.

He also stated that since APNU+AFC had the largest block of votes in the region his vote shall be in their favour whenever the meeting of the Regional Democratic Council (RDC) is convened.

James is at the centre of what appears to be a plan by the Liberty and Justice Party (LJP) to replace him as he intends to vote for APNU+AFC. A vote for the opposition party will give it control of the region, an outcome that both the LJP and the governing PPP/C appear to be seeking to avert.

LJP spokesman John Flores told the last Sunday Stabroek that the party has submitted new names to the Guyana Elections Commission (GECOM)  after James indicated that he no longer wished to represent it on the council due to health concerns. Flores said on Saturday that the move to replace James, at his own his request, was due to his deteriorating health. These claims by Flores have now been refuted by James.

Flores further said that James was one of the councillors who tested positive for COVID-19, resulting in the postponement of the first attempt to swear in the elected members of the RDC. A second meeting, slated to be held at the Arthur Chung Conference Centre was derailed when Regional Executive Officer (REO) Mitzy Campbell cancelled it. She had claimed that two of the 15 councillors “had emergencies”.

Region Eight is the only one of the ten regions still to be convened following dubious excuses by Campbell and claims by LJP officials that have now been refuted by James.LJP leader Lenox Shuman and the governing PPP/C have established close working ties which saw Shuman being installed as Deputy Speaker of the House even though he controls only a fraction of one seat. It would appear that in return for his holding the position as Deputy Speaker he has to deliver the Region Eight Council to the PPP/C.

This has led to moves to try to remove James from the list of candidates submitted to GECOM  and the delaying of the first meeting of the council when the Chairman and Deputy Chairman are elected.

People voted for me

“The people voted for me and want me to represent them on the council. You want them to skin me alive if I give up the seat,” James said as he yesterday responded to the claims of his party.

He told Stabroek News that he has already indicated to his party he will not be removed as the will of the people must be respected. James said he made his position clear when he visited Georgetown for the aborted swearing in of Region Eight councillors back in November.

“I told them. I told them that I will not be moved because they were telling me I must step aside from the council. But I campaigned and the people know me well so they voted for me,” he said as he recalled informing the party he will not be a part of their “quid pro quo” agreement.

“They were saying give the PPP/C the Chairman and they will give me the Vice Chairman… but the whole meeting was called off because two persons were sick…I am not fighting for any position but I am saying that the will of the people must be respected,” he declared.

The results from the Statements of Recount show  that  APNU+AFC secured 100 votes more than the PPP/C in Region Eight at the March 2nd General and Regional Elections.

Months after a new government has been sworn in, the Region Eight RDC remains without a functioning council.  The main opposition APNU+AFC has accused the governing PPP/C of delaying the swearing in of the RDC in order to lay the groundwork to win the chairmanship of the region when votes are cast by councillors.

James’ seat is integral since he holds the balance of power on the council as the government and main opposition coalition APNU+AFC both hold seven seats.

AFC leader Khemraj Ramjattan has said that the crux of the delay is the refusal of James to support a PPP/C candidate for Chairperson and Vice Chairperson.

James, 70, a pensioner and farmer  told Stabroek News that he is in good health and  very active in his community.

“I am not ill. I am very fit at 70. I walk up and down the mountain to visit my farm and go home. I visit all the communities in this sub district area in the North Pakaraimas. I don’t know why they are saying that I am ill,” he said.

James  told Stabroek News that he decided to re-enter the political arena and campaign with the LJP during the 2020 General and Regional Elections after he was concerned that the rights of indigenous people are not fully represented.

James pointed out that he remains an active member on the North Pakaraimas Development Council and it is through his work over the years that people have gained  confidence in him.

Minister of Local Government Nigel Dharamlall on Friday expressed hope that the RDC would be officially installed in a few weeks while maintaining that its absence will not hamper the preparation of a regional budget.

“As you are aware, we have had an issue with one of the political parties and their councillor and very soon a new council will be in place. Hopefully in the next few weeks…,” Dharamlall told reporters on the sidelines of the swearing in of Mayors and Deputy Mayors.

Jimmy James has his reasons to cast his support for the inept APNU/AFC.

Sign In To Reply
Post
Current Visitors: 23 (4 members, 19 guests)
Welcome to the Original Guyanese Discussion Forums, first established in 1996. Here you can discuss, ask questions or generally debate anything related to politics, movies, music, health or just gyaff away your day/night here. A note of warning, the Political forum is not for the faint of heart.  We do have some rules, so please adhere to them .
Do not post any messages that are obscene, vulgar, sexually-orientated, racist, hateful, threatening, or that otherwise violate any laws. Do not post any messages that harass, insult (name calling), belittle, threaten or mock other members.

Join Now
shallyv replied:
DG, there is a problem when posting! If you' re not careful, you could post inside the post on which you're commenting! This is how...
Ramakant-P replied:
You cannot condemn him for the alleged current assault because of his past inconsistencies.
Ramakant-P replied:
I am leaving you in the hands of Kwame. I am not afraid of any black man and you. I lived and worked among them. I know how to handle...
shallyv replied:
There's your trouble, kunt! Once more you present.one bully as all! Clearly you take no chances in your struggle to stay alive with your...
Ramakant-P replied:
You first, I insist. If you can't debate the issues then shut your hole. I don't care to have any kind of dialogue with you. You are a...
Kwame McCoy PPP/C MP - history of assaults.
15 seconds ago

Jagdeo to oversee design, issuance of currency notes
22 minutes ago

Gas to shore project and Mr Patterson
36 minutes ago