One of the country’s biggest local pharmaceutical supplies companies has found itself in deep legal trouble with an international investigation now underway in Kenya.

Already a senior official of the company, who has been awarded hundreds of millions of dollars in contracts by government, has been hauled before the courts after it was found that a quantity of HIV testing kits that were donated to at least one country in Africa were repackaged after expiration, and unknown to the Irish-owned manufacturer, Trinity Biotech, resold in Guyana.
In Guyana, the case would raise deep concerns about not only the monitoring and oversight at the Ministry of Public Health, but again bring to the fore, questions about government’s drug procurement practices.
The Government Analyst Food and Drug Department (GA-FDD) last month charged Davendra Rampersaud, the Area Manager of Caribbean Medical Supplies Inc. of Parika, East Bank Essequibo.
He reportedly appeared at the Leonora Magistrate’s Court, West Coast Demerara, accused of supplying 400 of the testing kits with misleading representation, a violation of the Food and Drugs Act of 1971.
According to the particulars of the charge, on 16th January, 2020, Caribbean Medical Supplies Inc. allegedly sold and supplied 400 units (20 packs) of Uni-gold HIV Test Kits, Batch #HIV7120026.
A quantity was later seized by the GA-FDD from the Materials Management Unit of the Ministry of Public Health, at Diamond, East Bank Demerara, and from local hospitals and laboratories.
The case has dragged in the World Health Organization (WHO), which issued an alert on Thursday, naming Guyana, and warning that a probe is underway.
On Friday, Director of GA-FDD, Marlan Cole, when contacted, was tight-lipped on the case, disclosing only that indeed an official of the company has been charged.
He said that there is an investigation ongoing with “other players” and he would be unable to comment further.
Permanent Secretary of the Health Ministry, Colette Adams, on Friday too said that she is “aware” of the matter, which is being investigated. She, too, did not give much detail.
However, insiders of the Health Ministry said Friday that the matter is being handled by “big ones”.
Counterfeit HIV kits
What is known is that the Irish manufacturer in late January, wrote Minister of Public Health, Volda Lawrence, warning that it is aware that there are counterfeit Uni-Gold HIV test kits in Guyana.

In fact, the Irish company supplied photographic evidence, which indicated clearly that the kits expired since July last year.
Trinity Biotech, in its complaint, named Caribbean Medical Supplies.
It was alleged by the manufacturer that fake boxes were created with expiry dates extended by 17 months and the kits repacked in them.
The Irish pharmaceutical company said that the products were already six months out of date when it was brought to Guyana.
Trinity Biotech also claimed that its Trinidad-based authorised distributor, Transcontinental Medical Products Limited, is the only authorised distributor for the Uni-Gold kits to Guyana and it had not participated in the transaction.
In fact, Trinity called on Minister Lawrence to remove the expired kits from testing centres immediately as they posed health risks to patients.
The company said it has filed a complaint with the WHO.
Trinity said that it had previously complained about Caribbean Medical Supplies to the Ministry.
According to a Ministry letter to Rampersaud dated February 14, 2020 and titled “Investigation of Falsified Unigold HIV Test Kits”, it became clear that there were attempts to deal with the matter.
Rampersaud would have been summoned to the office of Permanent Secretary of the Ministry, Colette Adams, where he was asked to submit shipping documents for the Uni-Gold testing kits procured for the Ministry.
Ministry Probe
“Please also be informed that the Ministry of Public Health is currently carrying out an investigation into allegations received that you supplied expired or tampered HIV Uni-Gold test kits to the Ministry of Health,” the PS said in her letter to Rampersaud.
The PS disclosed in the letter that the Ministry has taken an immediate decision to cease all delivery of drugs that was or are to be supplied.
With regards to the actual supply of the 400 kits, from indications, it was an order that was part of a contract dating back since 2015 MMU-10-2015-P6 (B) for $67,500,000.00 GYD.
The Auditor General has been asking about the kits since 2016 after no evidence was found that any kits were delivered.
Consecutive state audit reports flagged the transaction. 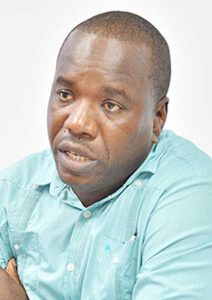 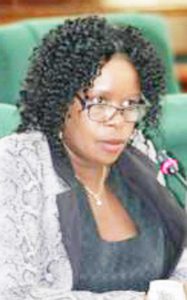 Yet, Caribbean Medical appeared to, at the inception, have collected the full contract sum paid by the Ministry.
The current PS was not there at the time.
In fact, after running short last year of the test kits, the Ministry insisted that Caribbean Medical fulfill its obligations or face consequences. It was then the 400 kits were delivered,
Under regulations, GA-FDD must give permission for food and drugs to be brought into the country.
It appeared from investigations, Health Ministry officials said, that GA-FDD was not even aware that the test kits had entered the country.
The case would probably have never made it to the court or caught the attention of the WHO had the Irish manufacturers and its authorised distributor in Trinidad not doggedly investigated the matter.
They submitted documents and photographs to not only local authorities but international bodies.
Over the years, the Health Ministry under consecutive governments has been coming under fire for sometimes not only sole sourcing but going outside of procurement to hand multi-million dollar contracts in what was widely seen as kick-back rackets.
WHO probes
With regards to this transaction over the HIV testing strips, the WHO, in a rapid alert notice on Thursday, said that it has been made aware of a “confirmed falsified human immunodeficiency virus (HIV) in vitro diagnostic medical device (IVD) that has been identified circulating in Guyana and Kenya.”
The WHO said in its alert that through its Global Surveillance and Monitoring System (GSMS) for substandard/falsified medical products, it was informed that at least 8,240 falsified rapid diagnostic tests to detect HIV-1/2 have been distributed in Guyana at end-user level.
“The product is Uni-Gold™ HIV and claims to be manufactured by Trinity Biotech plc. Subsequent reports revealed that the same falsified product is also circulating in Kenya.”
The organization explained that Uni-Gold HIV is a single-use rapid diagnostic test – an immunoassay for the qualitative detection of antibodies to HIV-1 and HIV-2 in serum, plasma and whole blood.
“Uni-Gold™ HIV is intended for use in point of care settings as an aid in diagnosis of HIV-1 and HIV-2 infection. The WHO testing strategy recommends three HIV reactive test results to confirm an HIV-positive status in a patient. The use of this falsified Uni-Gold™ HIV, subject of WHO medical product alert n°2 of 2020, is likely to lead to delayed diagnosis of HIV status,” the WHO warned.
The organization said that it was discovered that the HIV test kits were expired since 2019 and that the date does not correspond with batch manufacturing records.
The WHO advised that users check to see if they have lot number “HIV7120026” and not to use them.
Rather, persons should immediately contact the supplier or the manufacturer, Trinity Biotech.
The WHO urged that there be increased scrutiny within the supply chains of all countries, particularly at testing sites (health facilities, community-based), clinical laboratories, medical stores/warehouses, and at the facilities of relevant economic operators (agents, authorized representatives, distributers, wholesalers, etc.).
“National health authorities are asked to immediately inform WHO, if these falsified products are discovered in their country using the WHO IVD complaint form. If you have any information concerning the manufacture, distribution, or supply of this product, please contact rapidalert@who.int,” the WHO said in its alert on Thursday.
From sources, it appeared that the kits were supplied to Kenya under financing from the US and were manufactured specifically for that area.
However, the strips were stolen and sold on the black market around the globe, to countries including Guyana.
Kenyan authorities were reportedly investigating.

This is heartless. There is a drug out that can protect humans from HIV. It should be given to high risk populations in Guyana.

Heartless it 💔 surely is. Those responsible  should be incarcerated for life.

A soldier guy ask an army Doctor to prescribe him the HIV prevention drug that acts like a shield to prevent HIV.  The army doctor ask the soldier guy.  "Do you sleep with prostitute or men or are you a swinger"  The soldier said no officer.  The army doctor said well "I cannot prescribe you that medication because you are not at high risk". The soldier guy told me. I should have said yes to all three of those categories then I would have gotten three separate prescriptions full for free.

The PPP created this kickback system. Now the PNC want their cut as well, and damn the Guyanese public. And to think that people want either of those parties to look after our oil money.

Welcome to the Original Guyanese Discussion Forums, first established in 1996. Here you can discuss, ask questions or generally debate anything related to politics, movies, music, health or just gyaff away your day/night here. A note of warning, the Political forum is not for the faint of heart.  We do have some rules, so please adhere to them.
Privacy Statement - Rules
Join Now
Not only Pryor was Burnhamite but his Scottish wife also was. She also answered the call of Burnham and came to serve.
21 minutes ago

This Moses Nagamootoo tasked with making the needed changes to the constitution in 2015 and up to 2020 he has done absolutely nothing.
50 minutes ago

Who remember this?
1 hour ago

Guyana Elections: With the possibility of 43,000 fraudulent votes, GECOM is duty bound to investigate
50 minutes ago

A DOCUMENTARY OF THE RIGGING THAT GECOM DID FOR APNU.
2 hours ago