India Will Be Most Populous Country Sooner Than Thought, U.N. Says

Demographers have known for some time that the number of people in India would surpass the number in China, the two most populous countries in the world. But they did not anticipate that the change would happen so quickly.

The United Nations reported on Wednesday that India’s population will probably surpass China’s by 2022, not 2028, as the organization had forecast just two years ago.

In its 2015 revision report, the population division of the United Nations Department of Economic and Social Affairs said China’s population was now 1.38 billion, compared with 1.31 billion in India. But in seven years, the populations of both are expected to reach 1.4 billion.

Over all, the report said, the world’s current population of 7.3 billion is expected to reach 9.7 billion by 2050, slightly more than the 9.6 billion forecast two years ago.

Much of the overall increase between now and 2050 is expected in high-fertility countries, mainly in Africa, or in countries with large populations, the report said.

Half the growth is expected to be concentrated in just nine countries: India, Nigeria, Pakistan, the Democratic Republic of Congo, Ethiopia, Tanzania, the United States, Indonesia and Uganda.

By contrast, the populations of 48 countries are expected to decline in that period, mainly in Europe, because of a slowdown in fertility rates that started decades ago. The report said several countries faced a population decline of more than 1.5 percent by 2050, including Bosnia and Herzegovina, Bulgaria, Croatia, Hungary, Japan, Latvia, Lithuania, Moldova, Romania, Serbia and Ukraine.

Among the 10 largest countries by population, one is in Africa (Nigeria), five are in Asia (Bangladesh, China, India, Indonesia and Pakistan), two are in Latin America (Brazil and Mexico) one is in North America (the United States), and one is in Europe (Russia). Among these, Nigeria’s population is growing the fastest.

The population estimates and projections from the United Nations are an important benchmark for global trends, as well as for helping provide demographic data to calculate many other important indicators, including health data, around the world. 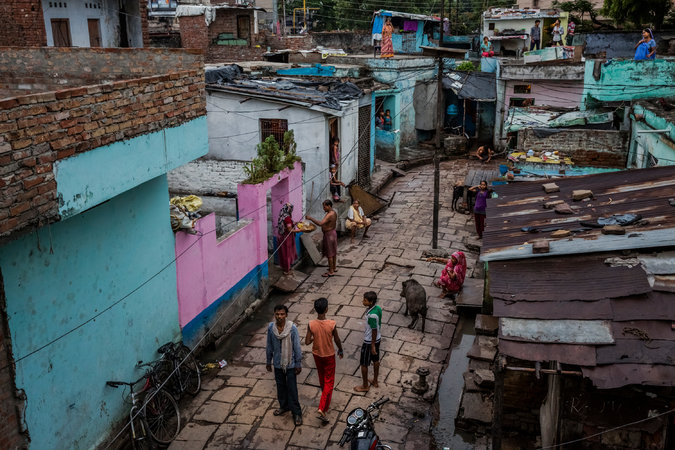 They would have been the most populous country had they not killed all those girls before they were born.

Sign In To Reply
Post
Current Visitors: 110 (1 member, 109 guests)
Welcome to the Original Guyanese Discussion Forums, first established in 1996. Here you can discuss, ask questions or generally debate anything related to politics, movies, music, health or just gyaff away your day/night here. A note of warning, the Political forum is not for the faint of heart.  We do have some rules, so please adhere to them .
Do not post any messages that are obscene, vulgar, sexually-orientated, racist, hateful, threatening, or that otherwise violate any laws. Do not post any messages that harass, insult (name calling), belittle, threaten or mock other members.