I rode Moscow's metro for a day, and it blew New York's subway system away 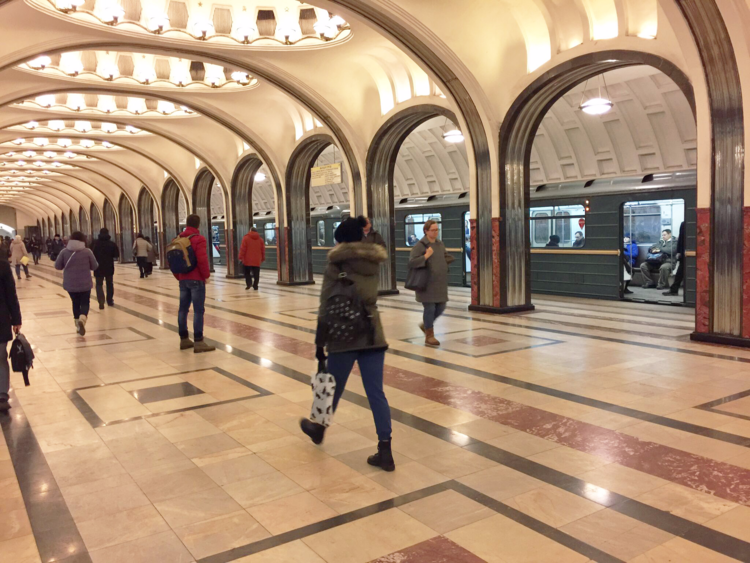 This is a big step up from the dark and dreary New York City subway. Dylan Love

The Moscow Metro is a delightful paradox; how is one of the largest metro systems in the world also one of the most efficient?

Moskovsky Metropoliten opened in 1935, offering one train line and 13 stations. By 2017, the system ballooned to 229 stations connected by 14 lines. Today there are 215 miles of track, making it the fifth-largest metro system in the world.

It continues to be developed aggressively. In September 2016, the metro opened a new line called the Central Circle. It traces a ring around the historical center of the city, connecting with every other line. They are on track to add nearly 100 new miles of track and 75 new stations by 2020.

There's even free wi-fi for every passenger.

We took a ride around the Moscow Metro to show how it leaves other mass transit systems in the dust. 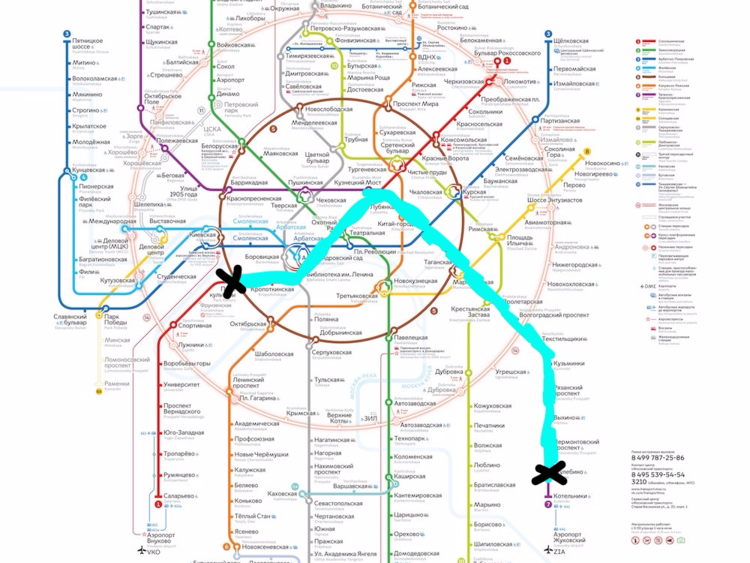 We started at Zhulebino Station, deep in the suburbs of Moscow. Note the distinctive red “M” logo, which you'll be seeing more of.

A colored person is at risk of being killed because of their race when riding any form of public transportation in Russia by Neo-nazi racist white skin heads. If you are a person of color in Moscow then you surely will be blown away.

There were automated machines for buying a metro ticket just around the corner, but human attendants also work at every station. Their help is surely needed: daily metro ridership in Moscow averages just under 7 million people, occasionally peaking at more than 9 million.

The trains run approximately every three minutes, so we never waited too long. On the busier lines, trains will arrive every 40 seconds.

The scene on board was one of conventional urban commuting. Passengers read, talked, or browsed the internet using the free wi-fi available on every train car.

A lit-up display listed station names and kept us updated on our progress toward our intermediary destination: Kuznetsky Most, where we would make our transfer to Lubyanka Station.

Some Russian subway ads are unusual. For example, this creepy clown logo is an advertisement for an opera performance called “Game.”

We arrived at Kuznetsky Most after 20 minutes, and then it was time to make our transfer to the red line.

Signage embedded in the floor made transferring pretty easy. We just had to keep pace with the rest of the hurried commuters.

Moscow’s metro system is not only one of the largest in the world, but also one of the deepest. Large, looming escalators like these are a daily sight for Russian commuters entering, exiting, or transferring stations. Stay to the right if you want to ride it patiently, stay to the left if you’re climbing the stairs.

Then we waited for the train that carried us to Park Kultury, completing this leg of the trip. Naturally, the train arrived after just a couple minutes.

We arrived, dashed up the stairs, and turned just in time to take this picture of the train leaving Park Kultury. The red LED clocks displayed two times: the current time, and the total elapsed time since the last train left the station.

“Vykhod v gorod” means “exit to the city,” an important Russian phrase for every metro rider to know.

There has been a subtle push in recent years to make the Moscow metro system more accessible to those who don't understand Russian. They've added automated station announcements in English, for example, and some metro maps display station names in Latin characters instead of Cyrillic to help tourists approximate the sounds.

Here’s what our next metro trip looked like. We were headed to a lunch meeting near Mayakovskaya Station, widely reputed as one of the most beautiful stations in the system.

Back to Park Kultury, where we rode an escalator deep underground. There’s our familiar red M.

A few stops and one transfer later, we arrived at the stunning Mayakovskaya Station. How many metro stations do you know that have marble floors and ornamental light fixtures?

We would have admired the scenery for longer, but we were running late and lunch was calling.

Then we headed to Kievskaya Station on Novy Arbat Street, something like Moscow’s Broadway.

We weren’t in a big rush at this point, so we were free to admire some of the artwork on display in the stations.

There were sculptures, paintings, and other artwork on display in most stations. The Moscow Metro is not only efficient and reliable, but it’s also uniquely decorated.

Then it was time for dinner. We decided on some buffalo wings on Novy Arbat.

Predictably, we needed to take another huge escalator to get to street level.

Bellies full of wings, we headed back to the same station with our dining companion, Sasha. Putting the final punctuation on this train-centric day, Sasha refilled his metro card with the station attendant.

New York’s MTA executives could learn a few things from this metro system. There are never service changes or delays, your non-rush-hour rides are quite comfortable, and there’s beautiful, free internet for everyone with a connected device. Even when they’re traveling hundreds of feet underground, the Russians are doing it in style.

SEE ALSO:Stunning photos of the Moscow Instagrammers who defy the law to get the perfect shot

Sign In To Reply
Post
Welcome to the Original Guyanese Discussion Forums, first established in 1996. Here you can discuss, ask questions or generally debate anything related to politics, movies, music, health or just gyaff away your day/night here. A note of warning, the Political forum is not for the faint of heart.  We do have some rules, so please adhere to them.
Privacy Statement - Rules
Join Now
Current Visitors: 60 (0 members, 60 guests)
Another Governor_General was Adrienne Clarkson born in Hong Kong and came to Canada with her parents as refugees in 1942.
2 hours ago

1. Most white Canadians do not know that James Douglas is a mulatto from Guyana. Those few who know about him think he is a British...
2 hours ago

A year after the 1961 Election.
2 hours ago
We had a Governor-General who was born in Haiti. The Right Honourable Michaëlle Jean.
2 hours ago
The 1964 Overthrow of Cheddi Jagan in British Guiana
2 hours ago

El Dorado will turn to gold...
2 hours ago