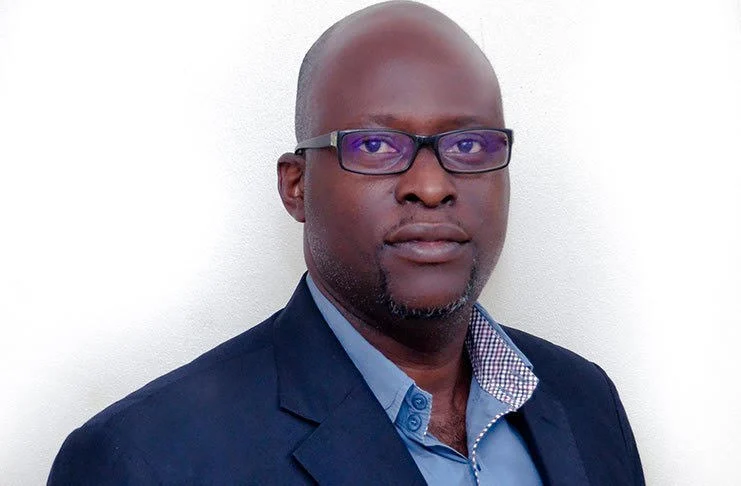 Colvin Heath-London, the former acting Chief Executive Officer of state holding company NICIL, was taken into police custody yesterday over controversial land deals at Peters Hall and investigators now have a statement on the role played by attorney James Bond in the lucrative flipping of several plots.

Up to press time, Heath-London remained in police custody. On October 30th, government announced the termination his services as the head of the National Industrial and Commercial Investments Limited’s (NICIL) Special Purpose Unit (SPU), which had controversially presided over the disposal of assets of the sugar industry.

Attorney General Anil Nandlall had issued the termination letter to Heath-London on behalf of government, citing alleged transgressions in relation to the land leases. Health-London had also acted as CEO of NICIL.

The Guyana Police Force and its Special Organized Crime Unit (SOCU) last week received three files from Nandlall for the investigation of leases for several acres of prime state lands at Peters Hall, East Bank Demerara which were done without any valuation, public advertisement or Cabinet decisions.

Meanwhile, businessman Avalon Jagnandan also remained in police custody last night over the land deals. His attorney, Glenn Hanoman, has said that he will have been in custody for 72 hours at 8.30am today, which would mean that the police have to release him unless they either charge him or seek a court order to extend his detention.

He has given a statement to police, according to reliable sources, and has identified Bond as being the recipient of monies for the transfer of his lease rights to another company.  Bond has on several occasions declined to comment on the deal when contacted by Stabroek News.

In Jagnandan’s case, the government alleges that the lease for lands held by his company, Life 1 Pharms, were transferred to Chinese national Jian Fen Yu for $100. The plots, `A17’, ‘A18’ and ‘A19,’ total 15 acres. These were assigned to Jian at the same time as businessman Eddie Doolal’s 15 acres of land on the same terms. Their $100 transfer sales were also conducted on the same day. Bond was also connected to Doolal’s deal.

Jagnandan received the lease for the Peters Hall land in early 2018. It is unclear what he had initially said he was going to do with it.

According to sources, Jagnandan signed a statement while in police custody that said Bond advised him on the process of obtaining the lease and facilitated the sale of the rights.

The source said Bond, according to Jagnandan’s statement, arranged also for the sub leasee and the negotiated $117 million price tag on two of Jagnandan’s three five-acre plots. Bond’s share was $60 million. Jaganandan’s share was intended to finance a project he had planned on one of the lots but did not have the wherewithal to execute.

He received, according to the agreement, an initial payment of $7 million.  Another payment then came from Jian, totaling $16,939,761 and he gave a receipt for same.

The outstanding money, according to the statement, was paid to another attorney and both Jagnandan and Bond collected.

Jagnandan told the police that he believes all transactions were above board and never conspired with anyone against the state.

And while local businessman Doolal has denied reports that he gave a statement to the police, he told this newspaper that the transactions for his plots can withstand scrutiny. He believes that he is caught in the middle of a political feud.

“I, however, categorically deny being involved in any arrangement or conspiracy to defraud the state. My transaction was above board, and was sanctioned by NICIL,” he had said in a statement given to Stabroek News.

Sources say that Doolal, whose office is close to Bond’s, had been told that he could acquire the lease to the land and then flip it to make money. The agreement to flip it was reportedly drawn up by Bond and Doolal duly sold the rights to the land to the Chinese national for $100. However that agreement masked a behind-the-scenes payment of $133 million.

According to the source, fifty percent of the monies was paid at the law offices of an attorney and Bond collected. The other half was later paid and Doolal then sought to collect his cut. Doolall told the police, the source said, that he felt that the $133 million price tag was “too much” and had initially objected to the sum. He said that he had wanted capital to develop the land, build a bond and start a business, according to the source.

Both the Doolal and Jagnandan leases were lacking a standard provision barring sale of same.

To catch a thief, you have to have a clean Slate to stand in court.

What is spiteful about that?  A crime has been committed. It has been revealed that PNCites are thieves. If they are being investigated, does that mean the investigator is spiteful?

Let the games begin.  That is what the PNC brothers are good for.  Petitions and legal actions. They talk big and later they run and hide. No PNC appointed judge will be intimidated by their tantrums. They messed with the wrong Ali.

You are not in your right mind to believe that this is spitefulness. No land deals should have been done since the NCM. These PNC affiliates thought that PNC would get away with rigging the election and therefore would not be held accountable.

Sign In To Reply
Post
Current Visitors: 68 (0 members, 68 guests)
Welcome to the Original Guyanese Discussion Forums, first established in 1996. Here you can discuss, ask questions or generally debate anything related to politics, movies, music, health or just gyaff away your day/night here. A note of warning, the Political forum is not for the faint of heart.  We do have some rules, so please adhere to them .
Do not post any messages that are obscene, vulgar, sexually-orientated, racist, hateful, threatening, or that otherwise violate any laws. Do not post any messages that harass, insult (name calling), belittle, threaten or mock other members.

Join Now
shallyv replied:
I detest Modi for allowing attacks on Muslims because their Hindu ancestors became Muslims! Why doesn't he address the cause of that!
shallyv replied:
THis woman deserves to be heard, Minister! She has done more than you will ever do for Guyana!
shallyv replied:
Each of us is born with the abilities we need for supporting our physical bodies! If the government would arrest all those who are idle...
shallyv replied:
The railways weren't built for Indians but for troop movements! But this helped in unifying the country!
shallyv replied:
I blame my Rajput ancestors for allowing Islam tio enter 'India'! If they weren't busy fighting stupid wars with each other, Islam could...
Why British Rule destroyed India
4 hours ago