The Public Health Ministry did not receive instructions not to do business with Western Scientific, a, IDB-blacklisted company from Trinidad.

The Ministry of Public Health says that no instructions were given not to do business with Trinidadian-owned Western Scientific Company Limited.

The company, blacklisted earlier last year by the Inter-American Development Bank (IDB), this month won a contract from the Ministry of Public Health for over $30M (US$154,154.92) for the supply of Sysmex Reagents for the National AIDS Programme Secretariat (NAPS).

However, the Opposition raised concerns about the ministry’s contracts, saying that there was no evidence that proper procurement procedures were followed. In all, more than $370M in contracts were green-lighted to be signed with Western Scientific and others.

The Opposition, in a statement, called for an investigation.

Two Fridays ago, in announcing the contracts, Cabinet spokesman, Minister of State Joseph Harmon, stressed that the companies that have been awarded contracts to supply reagents and test kits to the Ministry of Public Health, are all authorized distributors of the items being procured in Guyana, and they all have been supplying these items for a number of years.

”With regards to the supply of vaccines and syringes by PAHO…PAHO has also been the sole supplier of in Guyana for a number of years, under an arrangement through which it supports the local vaccination programme by way of a revolving fund that ensures continuous supply and an option to pay after delivery.”

Over the weekend, according to Terrence Esseboom, head of public relations for the Ministry of Health, there are indications that the tenders were not objected to by the National Procurement and Tender Administration Board (NPTAB) and Cabinet. He noted that the monies were all local funding. Had it been donor monies, the situation would have been complicated.

The situation would signal a clear disconnect between the agencies and ministries, as the situation of Western Scientific was heavily reported on earlier this year.

According to Esseboom, the companies that won the tenders were all authorized distributors which were selected via single sourcing procurement procedures.

Western Scientific, which did business with Guyana in the past, was handed a four-year ban by the IDB in January.

Last week, the Opposition People’s Progressive Party Civic (PPP/C), in a strong statement, expressed grave concerns over what it said are the continued flagrant violations and breaches of the procurement laws by the APNU+AFC administration.

With regards to the Ministry of Public Health contracts, two Fridays ago it was announced that Cabinet had considered over $370M worth of these.

Also likely to sign a contract is the Pan American Health Organisation (PAHO) which had tendered for over $50M.

PPP noted that as is required by law, contracts of these magnitude should be properly advertised, with companies required to tender, an evaluation done, and an award made to the bidder who satisfies all criteria.

”Unfortunately, there is no evidence to suggest that this process has been followed, which raises concerns about the possibility of collusion, price fixing and other corrupt practices. One of the companies involved has had a track record of collusion and was blacklisted by the Government, yet this blacklisted company is now being awarded a hefty contract.”

”In the light of repeated scandals regarding the procurement of drugs and medical supplies; where a Minister was sent to the Committee of Privileges of the National Assembly for covering up nefarious practices; the recent scandals involving another Minister, where over $600M of drugs and medical supplies were sole sourced by GPHC and many other repeated violations, one is left to wonder whether there is any intention by the (David) Granger-led administration to comply with our procurement laws.”

According to the IDB website, the firms and individuals sanctioned by its Group’s Sanctions Committee were found to have engaged in fraud, corruption, collusion, coercion, or obstruction in violation of the IDB Group’s anti-corruption policies.

Western Scientific’s troubles were linked to contracts of the Citizen’s Security Programme, under the previous administration. A contractor had blown the whistle to IDB of the scheme.

The PPP administration, too, in the past had come under scrutiny from state auditors for sole sourcing drug supplies, with the Coalition Government under pressure to clean up the procurement systems.

However, shortly after coming to power in 2015, the APNU +AFC administration was forced to fire a Permanent Secretary at the Ministry of Public Health, because of significant lapses, including questionable payments for supplies. 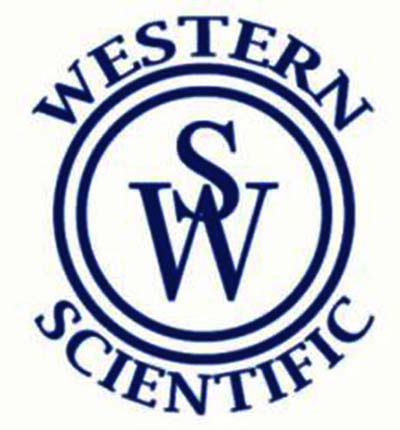 ”In the light of repeated scandals regarding the procurement of drugs and medical supplies; where a Minister was sent to the Committee of Privileges of the National Assembly for covering up nefarious practices; the recent scandals involving another Minister, where over $600M of drugs and medical supplies were sole sourced by GPHC and many other repeated violations, one is left to wonder whether there is any intention by the (David) Granger-led administration to comply with our procurement laws.”

Seems to be established laws and regulations =vs= the PNC/AFC focus on doing business their way.

AFC/PNC is a criminal organization.

DG, would it be a good idea for you to create a thread to keep track of PNC corruption?  As the months/years go by, these type of corrupt activities by this govt gets pushed to the wayside and people tend to forget.  The slop can crew and all Guyanese needs to be reminded of PNC corruption, starting from the 50% raises, Harmon China fiasco, Norton drug bond crookedness, durban park fiasco, pnc being in bed with chinese handing out barama land, the regression to single sourcing for contracts etc.

Sign In To Reply
Post
Manage Topic
Welcome to the Original Guyanese Discussion Forums, first established in 1996. Here you can discuss, ask questions or generally debate anything related to politics, movies, music, health or just gyaff away your day/night here. A note of warning, the Political forum is not for the faint of heart.  We do have some rules, so please adhere to them.
Join Now
PPP says Top Cop has assured adequate security on polling day
Cop under close arrest after fatal shooting at Mahdia
Uitvlugt Estate has suffered 48 hrs of breakdowns in just second week of crop –GAWU
Coronavirus now poses “very high” risk at global level -WHO
Speed limit on Linden Highway cut because of soil erosion
Trinidad born rap­per Nic­ki Mi­naj makes donation to St Jude’s Home for Girls
Jamaica: Slain former Reggae Boy hailed
Jamaican security guard kills wife in Trinidad
Current Visitors: 98 (7 members, 91 guests)
Nandlall is providing further reasons why the PPP should be kept in opposition. He is actually justifying what happened with Pradoville.
3 minutes ago
Bill Gates says this can turn out to be a pathogen once in a century. WHO says this is a full blown pandemic, only Trump and his Tribe...
9 minutes ago
You digging up graves.
26 minutes ago
== the Coalition ... they all crooks == Eh-eh Ray ... the Coalition is focused on that activity.
39 minutes ago

what else is new...they all crooks who intend to just rape the country and steal
55 minutes ago

Nandlall vows charges against him, Irfaan Ali, Winston Brassington and Ashni Singh will be quashed once PPP wins elections
3 minutes ago

How much snow all you get ?
2 hours ago

US needs Obama back in charge as it faces a crisis!
2 hours ago