The Guyana Elections Commission (GECOM) continues to increase its daily count of processed ballot boxes, managing to complete 88 yesterday and its Chair said those raising claims about irregularities will have to be prove them.

She further stated that of that number, 844 Statements of Recount from the General Elections and 829 from the Regional Elections have been tabulated.

With nine days left in the scheduled 25 days recount it is certain that the Commission will not complete the process in the proposed time but the Commission continues to be silent on whether or not the timeline will be extended.

The Commission has however broken its silence on allegations made by the incumbent coalition that numerous cases of multiple voting occurred since electors who were dead or out of the jurisdiction on March 2 are recorded as having cast ballots in the Elections.

In a statement yesterday, Chairperson Justice (ret’d) Claudette Singh stressed that the burden of proof lies with the APNU+AFC.

“I am of the view that, he who asserts must prove,” Singh stressed while indicating that no decision on the matter has been made at the level of the Commission.

She explained that she is personally monitoring the trends based on the allegations in the observation reports noting that when there are considerable deliberations and decisions at the Commission in relation to claims of anomalies; the outcome would be officially communicated to the political parties and other stakeholders particularly, the media.

Singh’s position stands in direct contrast to the position of the incumbent which has argued that it is the duty of the Commission to investigate its claims by accessing official documents through either the General Registrar’s Office or the Immigration Department of the Guyana Police Force.

It however slightly aligns with the expressed position of government-nominated Commissioner Desmond Trotman who told media on Saturday that GECOM has a duty to investigate these claims if evidence is provided.

“It is part of the process and if it is that you are speaking about credibility and you want to ascertain that the elections were credible, if you have information that something occurred that shouldn’t have taken place, you have to look at it… there is going to be a summation of all the anomalies that were put forward and those of merit will be looked at,” he maintained.

One day earlier on Friday, AFC Executive Cathy Hughes argued that it was for GECOM to disprove the veracity of the documents in the possession of the coalition.

Opposition-nominated Commissioner Sase Gunraj has however dismissed the allegations as unimportant. Gunraj maintains that the recount is concerned primarily with the numbers and not unproven claims of irregularities.

Meanwhile, People’s Progressive Party/Civic (PPP/C) presidential candidate Irfaan Ali indicated that his party was willing to support an extension of no more than  seven days.

Speaking with the media after a meeting with Singh on Wednesday, Ali noted that his party had also suggested a quota system, increased working hours and a further increase in workstations as measures which could help the Commission to reach its goal of 100 processed boxes in a day.

Ward in turn explained that GECOM hopes to have some “some amount “of acceleration done as it relates to the process and they have been exploring a number of avenues by which this can be done.

She explained that in an effort to speed up the process, the Chairperson intends to write the National COVID-19 Task Force to ask for two more work stations. No update has been provided on this request.

The exercise initially commenced with ten work stations. A proposal to add an additional six stations was rejected by the National COVID-19 Task Force which instead approved two new stations. The taskforce in making the recommendation expressed concern that the tabulation centre was congested and GECOM staff and party agents were not adhering to containment and mitigation measures established by WHO/ PAHO to prevent the spread of the novel coronavirus (COVID-19).

GECOM's chair is showing some balls. She told them..   Put up or shut up..

GECOM's chair is showing some balls. She told them..   Put up or shut up..

IF sachin accuses Claudette Singh of being a churile, then he must tell us why he thinks that this lady looks like a churile ( unruly hair style, a jhombie, or something else. )

He Who Asserts Must Prove ! 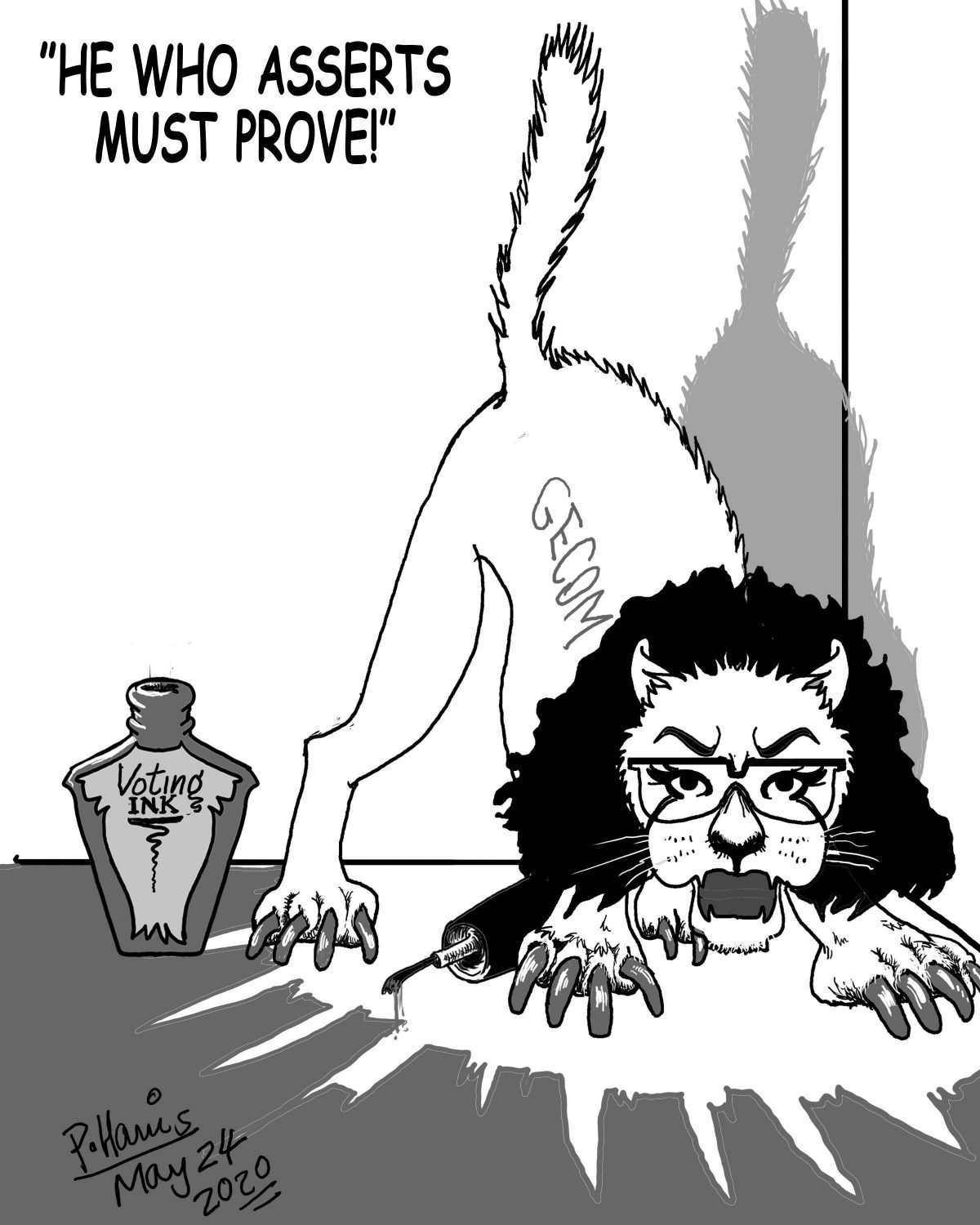 Welcome to the Original Guyanese Discussion Forums, first established in 1996. Here you can discuss, ask questions or generally debate anything related to politics, movies, music, health or just gyaff away your day/night here. A note of warning, the Political forum is not for the faint of heart.  We do have some rules, so please adhere to them.
Privacy Statement - Rules
Join Now
Not only Pryor was Burnhamite but his Scottish wife also was. She also answered the call of Burnham and came to serve.
2 hours ago

This Moses Nagamootoo tasked with making the needed changes to the constitution in 2015 and up to 2020 he has done absolutely nothing.
2 hours ago

Who remember this?
3 hours ago

What the PNCites don't know is that Timothy's father, Pryor, was a staunch Burnhamite who left The UK and returned to Guyana in the 60's...
3 hours ago

Guyana Elections: With the possibility of 43,000 fraudulent votes, GECOM is duty bound to investigate
2 hours ago