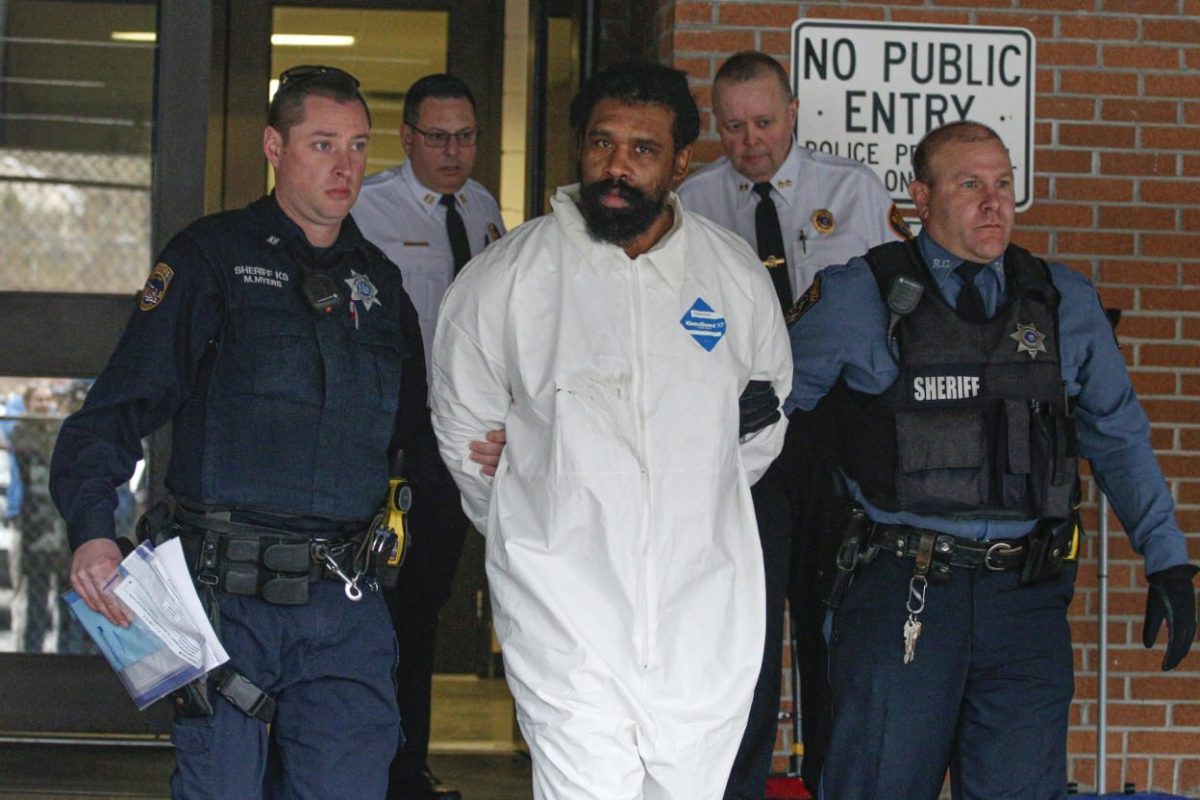 A man of Guyanese parentage was arrested and charged with five counts of attempted murder after he allegedly stabbed five persons who were celebrating Hanukkah on Saturday in New York City.

The suspect identified as Grafton Thomas, 37, was arrested on Sunday by two lawmen at West 144th Street and Adam Clayton Powell Boulevard.

During a press conference yesterday morning, Thomas’ lawyer Michael Sussman stated that the suspect’s mother Kim Thomas, a registered nurse moved to the US in the 1980s.

The UK Daily Mail reported that the mother did not speak during the press conference and the attorney said the mother was obviously deeply concerned about those who were victimized by this as well as about her own son and his status.

Thirty-seven-year-old Thomas, a former US marine,  is accused of bursting into the Monsey, New York home of Rabbi Chaim Rottenberg.  Rottenberg was hosting a Hanukkah party when Thomas carried out the attack with a machete.

In addition to the attempted murder charges the accused was also charged with one count of burglary.  Bail was set at US$5 million and Thomas remains jailed.

A statement from the family issued by Thomas’s lawyer stated that he has a long history of mental illness and hospitalizations. He has no history of similar violent acts and no convictions for any crime. He has no known history of anti-Semitism and was raised in a home that embraced and respected all religions and races. He is not a member of any hate group.

The family’s pastor, the Rev. Wendy Paige, said Thomas has been suffering from mental illness and that his family believes that the condition was the cause of the alleged stabbings – not hatred toward Jewish people

Prosecutors said Thomas was granted a conditional dismissal of menacing and reckless endangerment charges in Greenwood Lake last summer, and his lawyer said his only conviction was for a driving-related violation.

He was busted for allegedly possessing a .38-calibre revolver with a defaced serial number in Brooklyn in March 2011 and for punching a police horse in Manhattan in June 2002, sources said according to a nypost.com report.

If he is Guyanese, then the only people who are Americans are the natives

I noticed that American media uses the term Guyanese parentage only exclusively when Guyanese commit crimes. They don’t say Jamaican or Chinese or Indian parentage when others commit crimes.

Is what rass happening wid media reporting ? Someone in the US has to call this out. The fake news media eye pass we Guyanese.

If a man of Guyanese percentage was elected president of the USA, every Guyanese would praise him and take credit for holding high office. Especially abee coolies.

I wonder if his family were members of the House of Israel.

He was listening to Guyanese for 37 years so we know where he got his hatred , nah????

He was listening to Guyanese for 37 years so we know where he got his hatred , nah????

same way you got yours

You bet I got my humanity, intelligence, compassion and smarts from my Folks. Something money cannot buy!!

Dem dont call Uncle Nehru the real Master for nothing

Next time you hear a man with a machete attacked someone or a group of people, check first if he is a Guyanese or Guyanese gene. Seems like for Guyanese it's the weapon of choice.
There was another case of a Guyanese who was an employee of a rich man in DC who killed the entire family and maid and burnt their expensive house down. Whatever happened to him? Does anyone know?

Ramakant-P replied:
OK!
Athena replied:
Na, you're the starboy. Just do your thing, don't bother with them.
Not a Sermon only a Thought
2 hours ago