A killing that has shocked a community in Queens has become a flash point in the national debate over immigration.

The rape and murder of a 92-year-old woman in Queens became a flash point in the broader debate over immigration on Tuesday when federal authorities contended that the suspect should not have been in the country.

The officials said the suspect, Reeaz Khan, 21, had beaten up his father during an altercation in November that had resulted in his arrest, leading federal authorities at the time to ask New York City to hand him over for possible deportation.

Instead, he was arrested again on Friday and charged with the murder of the woman, Maria Fuertes.

In a statement issued by the United States Immigration and Customs Enforcement on Tuesday, officials said Mr. Khan was “an unlawfully present Guyanese national” who had been released “due to New York City’s sanctuary policies.”

The statement has pitted immigration officials from the Trump administration against local authorities in New York City, one of a number of so-called sanctuary cities around the country, where officials have resisted deputizing law enforcement to help federal immigration authorities detain and deport undocumented immigrants.

ICE officials said they had issued what is known as a detainer in November requesting that law enforcement turn over Mr. Khan for possible deportation after he was arrested and charged with attacking his father with a broken coffee cup. 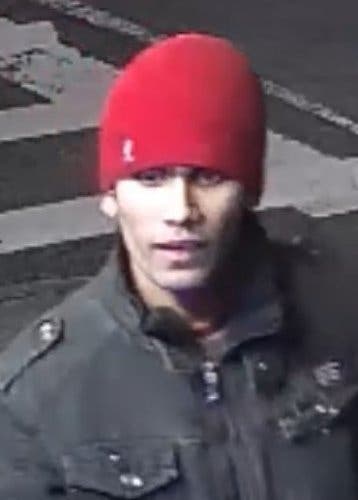 The New York City Police Department disputed the claim on Tuesday, saying that it “did not receive an ICE detainer in regard to this individual” after he had been arrested on Nov. 27, said Sgt. Mary Frances O’Donnell, a department spokeswoman.

On Wednesday, ICE released a copy of the fax transmission form appended to the detainer, which was dated Nov. 27.

Detainers are requests by ICE to hold undocumented immigrants who have been charged or convicted of crimes for 48 hours after their release so that immigration agents can pick them up.

The city’s detainer law and policy mandates that officials turn over to ICE only those who are convicted of violent and serious offenses, and only when ICE has met legal and due process requirements, according to a city official.

Mr. Khan, from Richmond Hill, Queens, was released in November shortly after he was arraigned on charges of assault and criminal possession of a weapon in relation to the altercation with his father.

Mr. Khan’s arrest on Friday came after the police had released surveillance video asking for the public’s assistance in finding a man suspected of attacking Ms. Fuertes, who was found unconscious and partially exposed behind a parked vehicle near her home in South Richmond Hill. Ms. Fuertes, who collected cans around her neighborhood and was described as a beloved figure in her community, later died of her injuries.

Mr. Khan offered conflicting accounts of what transpired on the day of Ms. Fuertes’ murder, Jan. 6, prosecutors said at his arraignment on Friday. According to prosecutors, he initially told detectives that Ms. Fuertes had fallen and he had tried to help her stand up, but then admitted to having sexually assaulted her.

Not enforced in NY. Only in Texas.

He must be deported and jailed in Guyana

If this woman was Italian.  This guy would have been dead as a doornail.

Those Italians work magic. They can make your ass disappear especially when it comes to their women folk.

Sign In To Reply
Post
Current Visitors: 52 (3 members, 49 guests)
Welcome to the Original Guyanese Discussion Forums, first established in 1996. Here you can discuss, ask questions or generally debate anything related to politics, movies, music, health or just gyaff away your day/night here. A note of warning, the Political forum is not for the faint of heart.  We do have some rules, so please adhere to them .
Do not post any messages that are obscene, vulgar, sexually-orientated, racist, hateful, threatening, or that otherwise violate any laws. Do not post any messages that harass, insult (name calling), belittle, threaten or mock other members.

Join Now
cain replied:
Django, Dave must have seen or thought he saw a pic of your schlong, da banna always bringing up your name by the looks of it..he's...

cain replied:
Look at dis friken wimpy DIPSHIT complaining like a lil gyal.."is he start it.. is he start it" ...you DIPSHIT.

shallyv replied:
Under PPP or PNC gov.?
shallyv replied:
The whole world, apparently.and why not? While the US and others fight unnecessary wars, China has been investing, loaning, scheming,...
shallyv replied:
Who says it doesn't have to be, KW? That's taken for granted under Agriculture!
Former Public Health Minister George Norton charged over Sussex St bond
3 minutes ago