Even though Guyana has Production Sharing Agreements (PSA) which allow oil companies to recover the interest garnered on loans, the International Monetary Fund (IMF) is saying there is no economic logic for allowing this. It has therefore advised the Government to prohibit oil companies from recovering the interests and other financing costs. 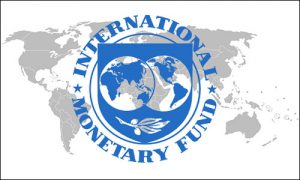 The IMF even went further to state that the nation’s production sharing framework should explicitly state that this is not allowed. The financial institution said that this would be an important step for Guyana as it would be closing a potential loophole for inflated costs via inter-company financing.
According to the Stabroek and Orinduik Production Sharing Agreements (PSA), Guyana has allowed loans taken by the companies to be considered eligible recoverable costs, regardless of the interest rates.
In the eyes of University of Houston Instructor, Tom Mitro, this arrangement leaves Guyana open to the abusive use of debt by the operators, since Guyana is essentially standing all the costs.
During an exclusive interview, Mitro had said, “The treatment of loan interest varies by country and situation. Countries like the USA that have only an income tax on oil and no production-sharing do allow tax deductions for interest on debt of oil companies. However, countries like the U.K., Angola and Nigeria that have royalty and special petroleum tax regimes, do not allow tax deductions for interest costs of oil companies.”
The Petroleum Consultant had added, “This is due partly to the fact that these governments offer certain investment tax incentives already, such as tax credits or special allowances, and they view interest on tax deductions as unnecessary or duplicative. In some PSAs they do allow interest as part of cost recovery, but that is no longer a common practice. If it is allowed, it is vital to establish strict rules that prevent potential abuse.”
Mitro had said that most common is setting a maximum debt to equity ratio that effectively limits the borrowing to no more than 60-70% of the capital costs. Also, Mitro said that these regimes may limit the repayment period of the local computations so that interest isn’t excessive.
Another common practice, the official pointed out, is to cap the rate of interest. In this way, Mitro said that governments avoid companies pushing a lot of their corporate debt at inflated rates into the local project, merely in order to obtain cost recovery benefit at the expense of the government.
Mitro said that there have been notable cases of abuse such as Chevron in Australia where the authorities accused them of charging interest to their local affiliate at a rate that was well above their actual borrowing rate merely to obtain tax recovery benefits in Australia.

the DUMb PNC gave them everything BUt collected under the table. Who suffer?? The Guyanese people!!

Sign In To Reply
Post
Manage Topic
Welcome to the Original Guyanese Discussion Forums, first established in 1996. Here you can discuss, ask questions or generally debate anything related to politics, movies, music, health or just gyaff away your day/night here. A note of warning, the Political forum is not for the faint of heart.  We do have some rules, so please adhere to them.
Join Now
Loading...
Current Visitors: 74 (3 members, 71 guests)
The trouble is that Singh’s comment to Nandlall seems dubious.
27 minutes ago

They need to move supply chains to India. The worse you catch visiting is diarrhea.
6 hours ago

For Buddy Amral
7 hours ago

HE WANTS TO BE A PRIME MINISTER OF GUYANA.
9 hours ago