Overseas based Guyanese, female sprinter Brenessa Thompson, finished second in the 200m event at the UTSA Roadrunner Invitational over the weekend as she continues her impressive form on the College Circuit. 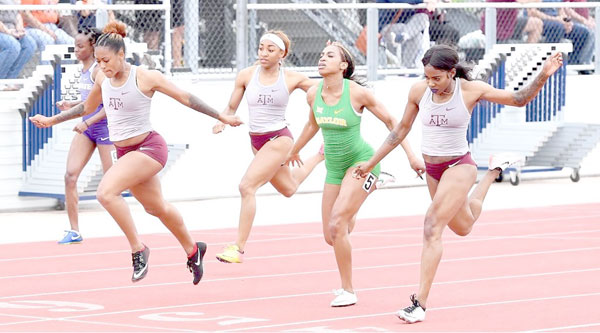 Thompson who is Guyana’s 200m record holder (22.99 seconds) followed up her impressive 100m win in the Arizona State Baldy Castillo Invitational with a 23.04 seconds run in last weekend’s 200m.

Thompson whose best time in the 100m is 11.14 seconds which was set at the National Track and Field Facility (NT&FF) at Leonora in 2016, finished closely behind her teammate Diamond Spaulding who clocked 22.98 seconds and ahead of Amber Ivy (23.30 seconds).

It was a good track meet for Thompson’s Texas A&M University that finished as the overall winners at the event.

The student-athlete who represented the Golden Arrowhead at the Rio Olympic Games in 2016 continues to perform creditably as she aims to don Guyana’s colours at the 2020 games in Tokyo, Japan.

Sign In To Reply
Post
Current Visitors: 138 (2 members, 136 guests)
Welcome to the Original Guyanese Discussion Forums, first established in 1996. Here you can discuss, ask questions or generally debate anything related to politics, movies, music, health or just gyaff away your day/night here. A note of warning, the Political forum is not for the faint of heart.  We do have some rules, so please adhere to them .
Do not post any messages that are obscene, vulgar, sexually-orientated, racist, hateful, threatening, or that otherwise violate any laws. Do not post any messages that harass, insult (name calling), belittle, threaten or mock other members.

Join Now
sachin_05 replied:
Might have? Why beat around the bush with chupidness, come out and say what the real gist/intention of petition 88 is - disregard the...

shallyv replied:
Waste of the court's time! Frivalous, vexatious and abuse of due process (whatever that means?)!
shallyv replied:
At any rate, you guys ought to be concerned with more important issues, like the vaccine! Go here : Banned Bill Gates Documentary ...
shallyv replied:
There's something wrong with the implementation of the software you are using! Once, I observed I was starting to post my commments...
Totaram replied:
"In the second petition, petitioners Monica Thomas and Brennan Nurse contended that the elections were unlawfully conducted and/or that...
Jimmy James says LJP officials telling lies about him
11 minutes ago

Harbour Bridge GM to be sacked
17 minutes ago

CJ throws out one election petition, the other to proceed
2 hours ago