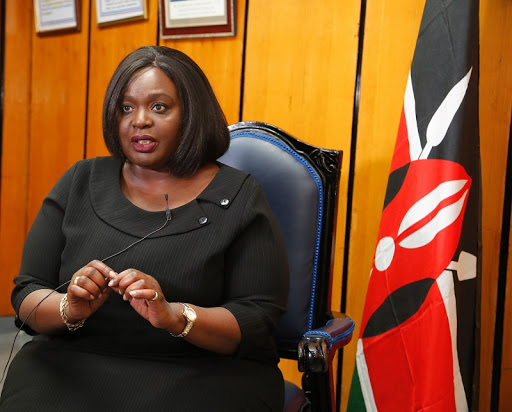 Following the August 2nd declaration of results of the March 2nd elections, Guyana has been removed from the Commonwealth’s watch list after fears had arisen that a rigged result was in the making.

The removal of Guyana from the formal agenda of the Commonwealth Ministerial Action Group (CMAG) was agreed at its October 19th virtual mee ting and disclosed in a press release of October 22nd.

On April 2nd this year, CMAG took up the case of Guyana’s elections stalemate and called on the Guyana Elections Commission (GECOM) to fulfil its constitutional mandate for a credible tabulation of votes. It warned that any government sworn-in without a transparent process would lack legitimacy.

CMAG is the body to which persistent offenders of the Commonwealth’s shared principles are referred. Its taking up of Guyana’s case was seen as a major embarrassment for the then APNU+AFC government and a blow to plans to have then President David Granger sworn in for a new term without a credible count.

Referral to CMAG is also a preliminary step to the ultimate sanction that Guyana could have been faced with – expulsion from the Commonwealth.

At its 57th meeting on October 19th chaired by Ambassador Raychelle Omamo SC, EGH, Cabinet Secretary for Foreign Affairs of Kenya, CMAG received a briefing from Commonwealth Secretary-General, Patricia Scotland on her Good Offices engagements in supporting Guyana to strengthen its adherence to the  Commonwealth’s fundamental values and a briefing from the Foreign Minister of Guyana, Hugh Todd, on the current situation.

The statement on October 22nd said that CMAG welcomed the conclusion of the election process, and the announcement of official election results.  The Ministers commended the Good Offices efforts of the Commonwealth Secretary-General in cooperation with partners, in particular CARICOM. CMAG also commended the two Senior Electoral Advisers who were assigned to support GECOM under the auspices of the Secretary General’s Good Offices: Dr Nasim Zaidi (India) and Dr Kwadwo Afari-Gyan (Ghana).

CMAG noted that that Dr Afari-Gyan had given exceptional service to Guyana and the Commonwealth in the support given to GECOM “throughout a difficult process, complicated by COVID-19”.  The statement noted that the expert stayed in the country until the electoral process concluded in August 2020.

CMAG also extended their condolences to the Government of Barbados and the family of the late Owen Arthur, former Prime Minister of Barbados, who passed away on 27 July 2020, and who had chaired the Commonwealth Observer Group to the Guyana elections. CMAG lauded the impact of his work to “encourage Guyana along a democratic trajectory”.

The CMAG ministers noted the subsequent inauguration of President Irfaan Ali and his Government and “extended their congratulations, calling on all stakeholders in the country to continue working together to strengthen its democratic culture, and to continue exploring opportunities for dialogue on critical matters of national importance”.

The Ministers recalled that the constitution of Guyana clearly states that sovereignty belongs to the people of Guyana. “In this regard, Ministers noted and welcomed the commitment by President Ali to inclusive governance, without discrimination and with due regard to fairness and equity; in consonance with the abiding values of the Commonwealth”, the statement said.

The CMAG ministers also noted that post-election petitions have been filed by the Opposition and, in recalling the Commonwealth principle that an independent, effective and competent legal system is crucial  to upholding the rule of law,  urged that the petitions be allowed to conclude through due legal process.

The Ministers said that  in considering the current situation in the country, they noted that the circumstances in Guyana have evolved and “no longer represent serious breaches of the Commonwealth’s fundamental political values and principles”. In this regard, Ministers agreed to remove Guyana from its formal agenda. CMAG requested the Secretary-General to remain actively engaged with Guyana as needed, and accompany the country through this transition, “to further consolidate their adherence to democratic values”

Scotland had issued a series of  statements underlining the importance of complying with the tenets of free and fair elections. Her latest prior to the declaration of results was one on July 12  where she strongly encouraged GECOM to “follow the directions given by the CCJ and decisively conclude the 2 March 2020 elections based on the results of the national recount.”

In her statement, Scotland said that in accordance with the applicable laws and the constitution of Guyana, the CCJ exercised its final appellate jurisdiction, and, on 8 July 2020 handed down what she said was a “clear and unambiguous ruling”. She noted that the CCJ stated, “It is for GECOM to ensure that the election results are swiftly declared in accordance with the Laws of Guyana.”

Scotland added: “Guyana is a much loved and valued member of the Commonwealth. On behalf of the entire Commonwealth family, I strongly encourage the Guyana Elections Commission (GECOM) to follow the directions given by the CCJ and decisively conclude the 2 March 2020 elections based on the results of the national recount. The will of the people as expressed in the 2 March 2020 General and Regional Elections must be respected for democracy to prevail in Guyana”.

Sign In To Reply
Post
Current Visitors: 122 (1 member, 121 guests)
Welcome to the Original Guyanese Discussion Forums, first established in 1996. Here you can discuss, ask questions or generally debate anything related to politics, movies, music, health or just gyaff away your day/night here. A note of warning, the Political forum is not for the faint of heart.  We do have some rules, so please adhere to them .
Do not post any messages that are obscene, vulgar, sexually-orientated, racist, hateful, threatening, or that otherwise violate any laws. Do not post any messages that harass, insult (name calling), belittle, threaten or mock other members.