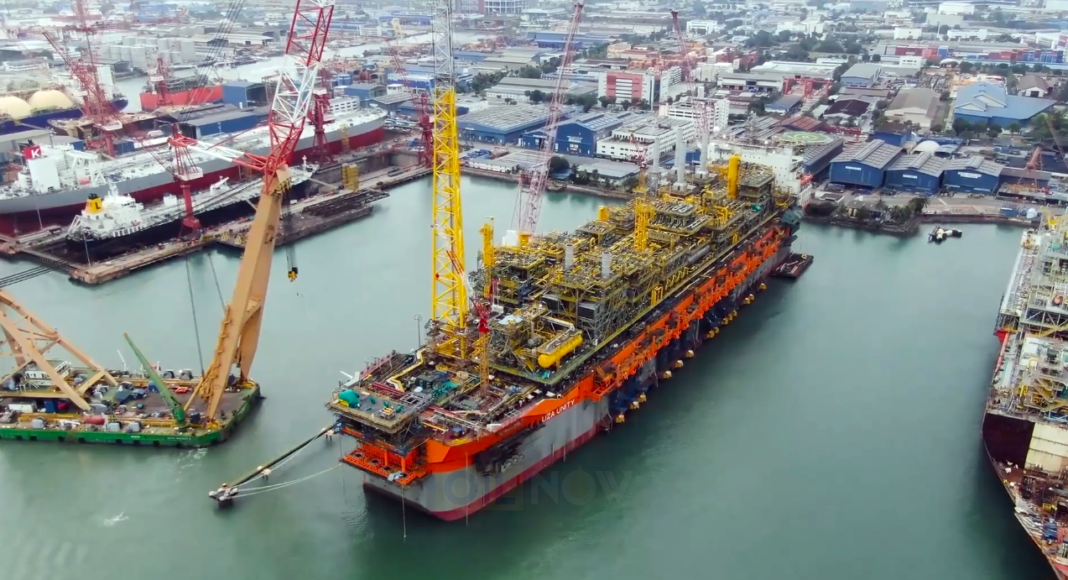 For a country with no known oil resources just over six years ago, Guyana has emerged as a growing giant in the deepwater arena, catapulting to number 17 on the top 20 list of countries by oil reserves and well on its way to becoming the largest oil producer per capita in the world.

From North and South America to the United Kingdom, analyst around the world now have Guyana listed among the top three countries for deepwater expansion. Projections on output could see the newcomer moving into the elite group of top producers in Latin America and becoming the 23rd largest oil producer in the world.

With global oil and gas investments set to expand by $26 billion this year, Guyana is on course to sanction its largest project yet at Yellowtail, adding a massive 250,000 barrels of oil per day to its output, ramping up total production to more than 800,000 bpd by mid-decade.

“So, when you crunch the numbers, 50 lifts at a million barrels and based on the oil price today if it continues along that trend, you can see or get an idea of the direct proceeds coming to Guyana…And we are not even talking royalties yet,” he said.

And this is just the beginning. The South American country will surpass the one million barrels per day mark by 2030, becoming just the 11th nation in oil’s history to hit this milestone.

ExxonMobil Senior Vice President of Upstream, Neil Chapman, told investors in March that the billions of barrels of oil equivalent resources the company has discovered so far offshore Guyana is only the tip of the iceberg.

“It’s still early days in the programme but we continue to be very encouraged, and we estimate the resource potential of the basin to be more than double what we’ve already discovered,” he pointed out.

Will the fortunes be trickled down to folks like these?

Do the math--even at 50 lifts per year and $80 per barrel Guyanese will not be phenomenally rich. Obviously they will be better off but definitely not as rich as some seem to be implying.

If a Guyanese politician comes along like Zappata and want to give every citizen one acre of land and lil well built house.

If a Guyanese politician comes along like Zappata and want to give every citizen one acre of land and lil well built house.

Sign In To Reply
Post
Current Visitors: 45 (0 members, 45 guests)
Welcome to the Original Guyanese Discussion Forums, first established in 1996. Here you can discuss, ask questions or generally debate anything related to politics, movies, music, health or just gyaff away your day/night here. A note of warning, the Political forum is not for the faint of heart.  We do have some rules, so please adhere to them .
Do not post any messages that are obscene, vulgar, sexually-orientated, racist, hateful, threatening, or that otherwise violate any laws. Do not post any messages that harass, insult (name calling), belittle, threaten or mock other members.
Do not use profanity, racial, ethnic, religious, or other slurs and stereotypes, or post sexually-oriented material, masturbatory and excretory references, or any other offensive material.

Amral replied:
Go to YouTube and search rendezvous with Simi Garwell there are some interesting interviews she did with many famous bollywood stars
Amral replied:
It's not in the way it comes out ,taste is the important thing
Wildflower replied:
When hubby was around I used to make lots of aloo/ egg ball i don’t think I’ve made it in over 7 yrs my phoulouri never comes out good😧
Wildflower replied:
Last night I watched and interview with Dave letterman and Shah Rukh Khan…it was good
Wildflower replied:
Re: Songs in memory of Dara ( Khaleel Mohamed)
What the Heck Is Crab Rangoon Anyway
3 hours ago

The Govt. appears to be reneging on its promise to release monthly oil reports
6 hours ago