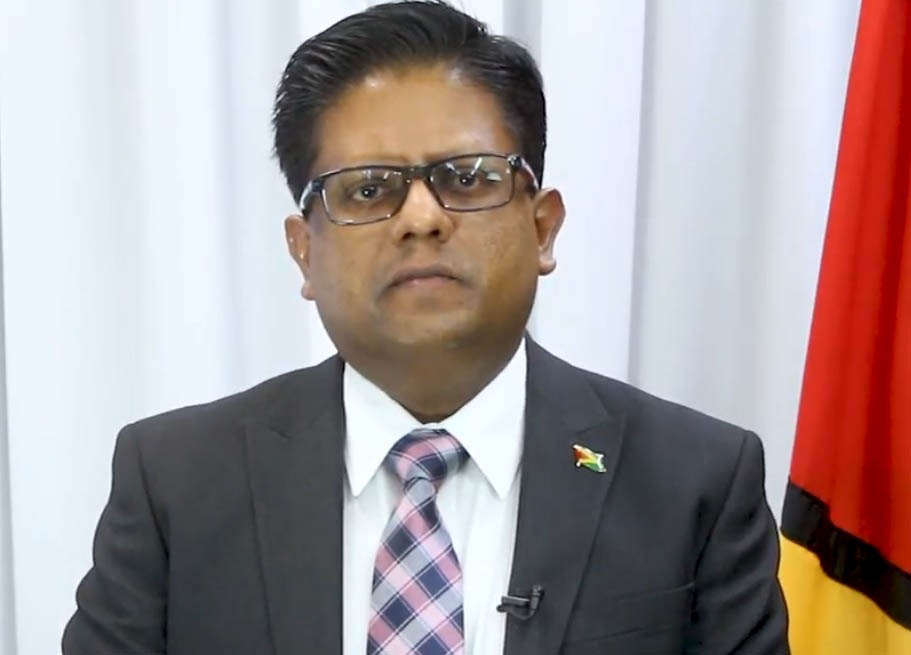 Lamenting the devastation wrought by flooding across the country, Minister with responsibility for Finance, Dr. Ashni Singh says that the $10B in supplementary funding to be sought in Parliament today will bring immediate relief to those affected and prepare them for the aftermath.

“The impact of the floods has seen widespread economic devastation to those affected and they need immediate relief. We will be seeking $10B which will be used in a multi-pronged approach, even as we continue to assess the impact,” Singh, Senior Minister in the Office of the President with Responsibility for Finance told Stabroek News yesterday.

And as assessments of the magnitude of the impact of the flooding continue in areas where some homes are completely covered by the flood, Singh believes that this year’s inundation is worse than that of 2005.

He said that since the central coastlands, where the majority of this nation’s population resides, is not as severely affected, the gravity of the natural disaster doesn’t seem to be understood.

It is unclear how far the $10B will go but Singh said that the immediate focus is to reach and help those affected so that they can, in the first instance, access items for their basic needs and health preservation.

“From what is seen, and we have not gone to some of the areas as yet to get an on-the-ground assessment, the economic impact is likely to be greater than the January 2005 floods. It is not fully understood, maybe because George-town has been spared,” he posited.

“If in particular you look at rural areas, you would see that their lives have been totally brought to a halt. It has been devastating; their livestock, farms, crops, machinery, equipment…their livelihoods are gone and it is heartbreaking,” he added.

He said that the flood will have a “tremendous impact” on the economy and government has to prepare for this.

Part of its multi-pronged approach will be first getting into hard-to-reach areas where persons are affected while simultaneously doing all humanly possible to drain the waters.

“The plan involves removing water from the land while getting to the people and their animals and ensuring that they are safe. At the same time, we must also ensure that they immediately have relief items, potable water, and medical items if necessary … and are protected against waterborne diseases …,” he said.

“There will also be the supporting aspect in terms of cleaning up and sanitizing the areas. With this comes also helping them to get back to some normalcy; providing support for the restoration of their productive activity. We also have to be able to provide support for when the water recedes and they want to resume farming, mining, livestock rearing… and such,” he added.

Public Works Minister, Juan Edghill this week told this newspaper that he was assisting with the preparation of the supplementary and that a countrywide assessment of the damage from the floods is currently underway.

Despite a respite in some areas, floodwater remained at significant levels in most of the country’s regions yesterday as authorities continued to mobilise help for victims.

Residential and farmlands along the riverine villages in regions 1, 2, 5, 7, 8, 9 and 10 are the worst affected and the respective Regional Chairs have concluded that these communities will face economic hardships in the coming months as the floods have decimated the livelihoods of many.

Do something when the water is still at your ankle.not when it gets to your neck - Chinua Achebe!

Do something when the water is still at your ankle.not when it gets to your neck - Chinua Achebe!

Mits, how do I send a private message to you?

Mits, how do I send a private message to you?

I bet nuff screaming and shouts of joy from the PPP minions at this announcement to throw money at the problem as though it solves the problem. Any sensible person knows it will not because these fools cannot execute, nor do they know what steps should be taken to deal with this catastrophe. And it will get worse as rotting carcasses in the water begin to spread disease.

Not only should they have allotted funds, but they should have reached out to international disaster agencies such as the Red Cross, Doctors without borders etc. All the political parties are rife with incompetent buffoons who are ill equipped to handle this.

Besides, there is not an ounce of compassion among them. As T....er.....I mean kapadulla called them....Philistines.

I fully expect much of the $10 billion will be siphoned off by supporters and con men at the expense of those who need it most. Get ready for the reports coming in of the unbelievable fraud that will occur with this $10 billion giveaway.

No quorum for crucial GECOM meeting
12 minutes ago