The Argentine revolutionary Ernesto Che Guevara was killed 46 years ago, but his name and image are found today in all corners of the globe. Not only in political circles but also in fashion, commerce and pop culture. An estimated 40 million people own something with Che's name or face.

Che Guevara fought against the capitalist system, but today's capitalists are raking in millions of dollars by making and selling the Che brand.

This book by Michael Casey gives a pretty good idea of how the world is still drawn to Che as a hot commodity.

could NOT finish Call...

was in tears about that wag...

i have a dog and the thought

Keep on reading. The story will end on a good note.

James Patterson is popular. Glad to know you're reading his novels.

Finished reading "Across the River and into the Trees" by Ernest Hemingway.

The story is set in post-war Venice. A 51-year-old American military officer and a 19-year-old aristocratic Venetian girl truly love each other. At her prompting, he recalls his exploits during World War 2. He goes duck hunting one Sunday, shoots four or five fat ducks, and dies of a heart attack in the evening. A touching novel. The Management Committee of the Guyana Prize for Literature has awarded the Prize in the category of BEST FIRST BOOK OF FICTION to Professor Chaitram Singh for his novel “The Flour Convoy.”

Chait’s "The February 23rd. Coup" was the runner-up in the category of BEST BOOK OF FICTION. The prizes were announced by President Ramotar at a ceremony last night at the Pegasus Hotel, Georgetown, Guyana.

Chait was allowed five minutes to read from his book, and was also required to present the Acceptance Speech on behalf of all the winners.

The prizes were awarded to the winners last night by President Donald Ramotar at the Pegasus Hotel.

The award for First Book of Fiction went to Chaitaram Singh for The Flower Envoy. No work was considered suitable for the shortlist in the category of First Book of Poetry and therefore no award was presented. Tonight’s ceremony was held at the Pegasus Hotel.

Chaitram, a West Point graduate, was denied the opportunity to pursue a military career in Guyana in the mid-1970s. He took a teaching job in Berbice, returned to the US, advanced himself academically and is now a professor emeritus. Evidently, judging from the setting and subject matter of his two novels, Chaitram has not given up on Guyana. His effort has paid off with the Guyana Prize, and I hope he will write more books, fiction and non-fiction, on Guyana.

Welcome on board, Rev. Thanks for the recommendation. IGH, a true and dear friend presented these two books to me recently.

Trouble is, I couldn't read them because I have a high "to read" pile.

I finished Chapter 1, dealing with the bomb hoax at Timehri airport and how customs used the opportunity to detain outgoing passengers who had money and gold jewelry in their luggage. Those were the days when Guyanese were only allowed to leave with $15 travelling allowance.

I read the latter book first(was autograhed by CS); I then bought The Flour Convoy via Kindle...

I thoroughly enjoyed reading both books.  Although both are fictions... I relived some of the incidents. 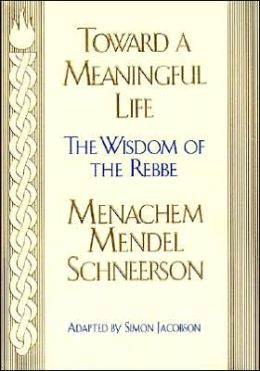 I am currently reading the book above-- I first read it in 1997 and has re-read it a few times since.

Here is the first sentence in the introduction:

"No matter how accomplished we may be, no matter how happy or wealthy or talented, at some point we all find ourselves seeking a deeper meaning in life."

The Rev highly recommends "Toward A Meaningful Life".

The author was a correspondent for Associated Press, the American leading news agency. In this book he recalls his journalistic experiences in Cuba, India, Pakistan, Sri Lanka, the Maldives, Peru, Bolivia and Ecuador.

As the title suggests, he met Cuban leader Fidel Castro and the late Mother Teresa of Calcutta. He also met Prime Minister Indira Gandhi of India.

Alas, the only reading I've been doing for pleasure of recent is blog reading. My pile of "to read" books awaits me.

Never mind. Pick up another book.

if I pick up another book, it would cut into my gni time, we don't want that now, do we?  I am a faithful contributor ...

Bundle up and sip some expensive cognac.

This is a memoir by Kohl, a lifelong American educator and writer.

Nearing his 70th birthday, Kohl enrolled in a private art school to learn chinese painting. His classmates were children. Kohl discovered the child in himself, its eagerness for new things, and also gains a new spiritual awareness and exposure to millennia-old chinese philosophy.

The girls are probably in HS now.

Let me know what you think of James Patterson... never read any of his books.

alena06Senior Member
IGH , Little one in middle school, big one in 10th grade. IGH, you can try his "softer" books first. Suzanne's Diary for Nicholas and Sam's Letters to Jennifer. You might like these.

"Within this extraordinary memoir, Radhanath Swami weaves a colorful tapestry of adventure, mysticism, and love. Readers follow Richard Slavin from the suburbs of Chicago to the caves of the Himalayas as he transforms from young seeker to renowned spiritual guide. The Journey Home is an intimate account of the steps to self-awareness and also a penetrating glimpse into the heart of mystic traditions and the challenges that all souls must face on the road to inner harmony and a union with the Divine.
Through near-death encounters, apprenticeships with advanced yogis, and years of travel along the pilgrim’s path, Radhanath Swami eventually reaches the inner sanctum of India’s mystic culture and finds the love he has been seeking. It is a tale told with rare candor, immersing the reader in a journey that is at once engaging, humorous, and heartwarming."