This is a little book with big ideas.

Although written by a Zen Buddhist, the author says the book is for everyone regardless of creed or faith. I can attest he is truthful.

Both are currently offered by Amazon FREE to Kindle readers. The best things in life are free, eh. This scholarly book discusses Mahatma Gandhi's experiments with reading, writing and printing while he lived in South Africa between 1893 and 1914.

It focuses on a multi-lingual newspaper Gandhi started, INDIAN OPINION, as well as pamphlets and periodicals he wrote and produced in South Africa. One of them, HIND SWARAJ or INDIAN SELF RULE, gets particular attention.

Central to all these undertakings is a small partly manual, partly mechanical printing press operating under a grand name, International Printing Press.

Together, the press and publications allowed Gandhi's political work and ideas to spread widely outside South Africa so that before he returned to India his prestige had preceded him.

This novel is based on the 1940 assassination in Mexico of Russian revolutionary Leon Trotsky by Ramon Mercader, a Spanish-born agent of Josef Stalin.

NOTE TO CAIN: Don't click on the picture. It won't let you into the book.

The Colombian Nobel laureate Gabriel García Márquez, who unleashed the worldwide boom in Spanish literature with his novel One Hundred Years of Solitude, has died at the age of 87. He had been admitted to hospital in Mexico City on 3 April with pneumonia.

Matching commercial success with critical acclaim, García Márquez became a standard-bearer for Latin American letters, establishing a route for negotiations between guerillas and the Colombian government, building a friendship with Fidel Castro, and maintaining a feud with fellow literature laureate Mario Vargas Llosa that lasted more than 30 years.

Colombian president Juan Manuel Santos said via Twitter: "A thousand years of solitude and sadness at the death of the greatest Colombian of all time.

"Solidarity and condolences to his wife and family ... Such giants never die." 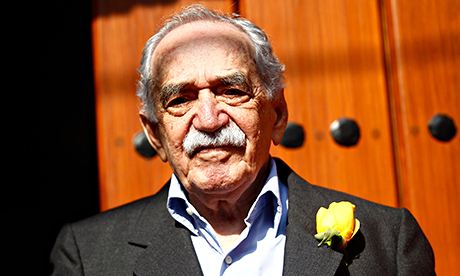 Journalists gathered outside García Márquez's house in Mexico City in the hope that one of the family members who was reportedly at his side would emerge.

Mexican president Enrique Peña Nieto expressed sadness at the death of "one of the greatest writers of our time," in the name of Mexico, the novelist's adopted home.

Chilean writer Luis Sepúlveda was quoted by the Mexican newspaper Reforma as saying that he was "the most important writer in Spanish of the 20th century", central to the Latin American literary boom that "revolutionised everything: the imagination, the way of telling a story, and the literary universe".

The Colombian singer Shakira wrote: "We will remember your life, dear Gabo, like a unique and unrepeatable gift, and the most original of stories."

US president Barack Obama said the world had lost "one of its greatest visionary writers", adding that he cherished an inscribed copy of One Hundred Years of Solitude, presented to him by the author on a visit to Mexico. "I offer my thoughts to his family and friends, whom I hope take solace in the fact that Gabo's work will live on for generations to come," he said.

GILBAKKA'S COMMENT: I've read five of Marquez's books, all of which impressed me much. Also, I read two books about Marquez. He was a titan among Latin American writers. I salute his memory.

I read Love in the Time of Cholera. I need to reread it. I started reading the solitude book, but didn't get far.

Heard about Gabriel García Márquez death on the news yesterday.

I read half-way through One Hundred Years of Solitude about 5 yrs ago ... got a bit confusing so I did not continue it.

Have " Love in the Time of Cholera" but have not gotten around to reading it.

IGH and Miraver, I suggest you give it another try. "One Hundred Years of Solitude" is a beautiful family story. Don't be put off by the unfamiliar Spanish names or Colombian locales.

Heard about Gabriel García Márquez death on the news yesterday.

I read half-way through One Hundred Years of Solitude about 5 yrs ago ... got a bit confusing so I did not continue it.

Have " Love in the Time of Cholera" but have not gotten around to reading it.

- is when the the generations after generation using the same names; that's when I got confused.  I still have my book-mark in the book.

Finished reading "My Experiments with Truth: An Autobiography" by M.K. Gandhi.

The book covers the first 52 years of the Mahatma's 78-year life.

The "Truth" he discusses is not only metaphysical/philosophical but also real facts of his life. Ever the humble narrator aware of his imperfections, he regards his various activities as experiments. And he is candid in describing all his experiments in diet, home remedies, rural hygiene and sanitation, printing and publishing newspapers, spinning and weaving homespun cloth, civil resistance, etc.

One thing that struck me while reading this book was the significant role Mahatma Gandhi played in forcing the colonial government of India to abolish in 1917 the emigration of Indian indentured laborers to various parts of the world including British Guiana and the Caribbean.

I confess I should have read this book many years ago as it could have helped me in my political activities in Guyana. Better late than never.

Finished reading "NOW I KNOW WHO MY COMRADES ARE: Voices from the Internet Underground" by Emily Parker.

This book focuses on Internet activists and bloggers in China, Cuba and Russia who are exposing human rights violations and corruption while combating isolation, fear and apathy in those three countries respectively.

With no reading material in my buddy's toilet, I had to settle for reading the  toothpaste box while on the toilet...does this count as bookclub material?

"November 1918. A socialist revolution is sweeping across Germany, wreaking havoc on war-torn Berlin. Amid the ruin of the city's slums, four women are found dead—all with identical scars on their backs. Detective Inspector Nikolai Hoffner and his assistant, Hans Fichte, are baffled by the killings, and when another body is discovered, the case takes an ominous and unexpected turn. The fifth victim is none other than Rosa Luxemburg—a leader of the suppressed socialist uprising. Now, the Polpo, political police, are interested in the murders, and the mystery of Rosa's death leads Hoffner into the heart of Weimar's political turmoil, where ideas can be fatal. A spellbinding historical thriller...." [Amazon review]

This is a study of Hindu communities in Mauritius, Guyana, Trinidad, South Africa, East Africa and Fiji. These were former British colonies which had together imported about 1.1 million indentured laborers from India, the majority being Hindus.

The Guyana section of the book is interesting. It shows how the South Indian/Madrasi Tamil-and-Telugu-speaking Hindus developed their temples and worshipping methods differently from the mainly Bhojpuri-Hindi-speaking North Indians.

I learned something important about the Guyana Pandits' Council and my attitude to it has changed. I now understand the crucial role the Pandits'Council played in securing the overall interests of Guyanese Hindus before independence and why it afterwards chose cooperation and not confrontation with the PNC regime.

I wish to thank the GNI member who voluntarily sent me a PDF copy of this enlightening but expensive book. He knows who he is.

This is a heart-wrenching and gut-wrenching novel set in a small German town during World War 2. As expected, there is plenty brutality in the story, but there is much beauty, compassion and human solidarity too.

For me, the most unusual feature is the narrator whom I didn't expect but whom I will definitely meet personally sooner or later --- Death.

Death, who I am reminded is just as all-knowing and all-powerful as the Creator, tells the story compellingly from start to finish.

The reader learns that not every German citizen had shared Adolf Hitler's maniacal bigotry against Jews and other non-Aryans. The reader learns about the limitless compassion of Hans and Rosa Hubermann who became foster parents to a stranger, a 9-year-old girl, and who risked their lives to shelter another stranger, a Jew, in their home.

The central figure in the story, of course, is the girl, Liesel, who acquired the dubious character of the book thief. I cannot imagine a reader who would not love her.

The struggle for India's independence was more than Mahatma Gandhi, Jawaharlal Nehru and Mohamed Ali Jinnah. There were other freedom fighters like Subhash Chandra Bose, Lala Lajpat Rai and Bhagat Singh.

The British colonial government of India hanged Bhagat Singh in 1931 for killing a police officer.

Bhagat had killed the police officer in revenge for the violent death of the revered Lala Lajpat Rai who was leading a peaceful march two years before. Bhagat spent two years in prison before he was tried and hanged at age 23.

He had joined the freedom struggle in his early teens and had won widespread admiration for his bravery and dedication. He had formed his own political party, aiming to drive the British out of India even by force and set up a socialist republic.

While in prison he was visited often by Jawaharlal Nehru and got goodwill messages from Motilal Nehru.

Bhagat Singh is regarded today in India as a legend, a folk hero.

I just read in Wikipedia that Bhagat Singh "was voted the "Greatest Indian" in a poll by the Indian magazine India Today in 2008, ahead of Bose and Gandhi." That alone says a lot.

LOL! That's how grandma's office looks with all her books; also her IPAD. 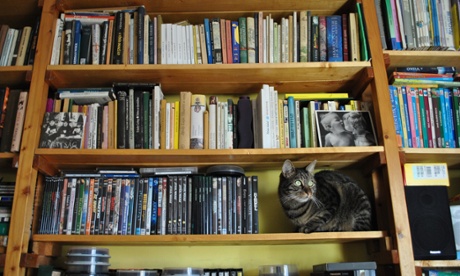 This novel was first published in 1876 and is set mainly in France a few years before that.

An unmarried American millionaire is vacationing in Paris and meets a young widow whose aristocratic family traces its lineage to one of the Crusaders.

He wants to marry the woman but there is a fine big issue, as his wealth was not derived from aristocratic roots but through commerce. Read this book and you'll see how much the 19th century aristocracy despised the mercantile class.

You can download a free PDF copy from www.free-eBooks.net and, you can transfer it to your Kindle e-reader if desired. I just got, "When Fish Fly" by John Yokoyama and Joseph Michelli.

I just got, "When Fish Fly" by John Yokoyama and Joseph Michelli.

Tell us about it when you finish reading. The title suggests a lot.