GFF/Pele Alumini Frank Watson U15 League – EBFA Timehri Panthers flay Friendship; Agricola and Grove trail each other at the top

A brace each off the boot of Neron Barrow, Tywell Lovell and Captain Prince Forde delivered a solid 6-0 win for home team Timehri Panthers against Friendship All Stars when match day six of the East Bank Football Association (EBFA) leg of the GFF/Pele Alumini Frank Watson U15 Intra Association League was contested yesterday at the Timehri Red ground. 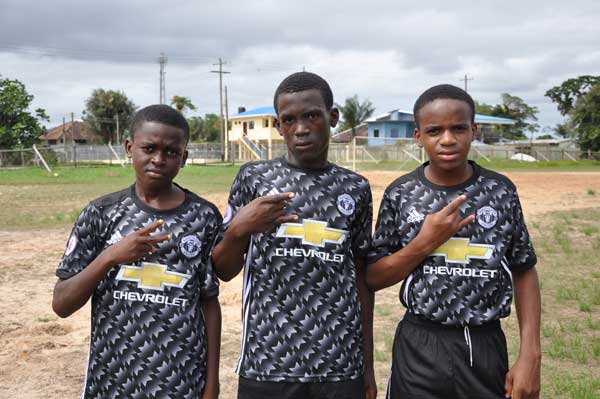 The young Panthers celebrated the return of competitive football to their venue in style by hammering Friendship into submission on a day where the sun was out but not in all its glory. The switch in venue was as a result of consistent rain over the past week which has rendered the Grove Playfield unplayable.
Eager to showcase their skills, the Under-15 players, many of whom will be going on to the Scotiabank Academy and eventually represent Guyana, buckled down to business after more than a week of inaction.
Grove Hi Tech were set to oppose Diamond United by the latter did not show up which gifted the former full points that took them to 11 from five (5) matches, but still one adrift of leaders, Agricola Red Triangle which needled Diamond Upsetters in the first match of the day.
The winner came off the boot of Brian Lambert in the 24th minute to deliver his team’s fourth (4th) win in as many matches, their 12th point and Lambert’s 8th goal of the league. Upsetters displayed flashes of dominance in spurts but never really threatened the Agricola defence which stood solid.
What turned out to be the main event saws the home supporters enjoying the collective efforts of their team which have made a welcome return to competitive action on the East Bank. 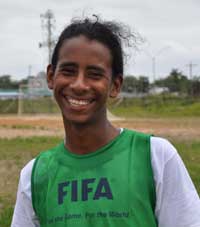 Friendship found themselves behind from the 15th minute when Neron Barrow netted the first of his two. Tywell Lovell increased the advantage two fold with goals of his own in the 22nd and 27th minute which placed the Panthers in good stead by the half time whistle, 3-0.
Barrow continued the second half like he started the first by putting his team further ahead in the 40th minute to achieve his brace before Captain, Prince Forde tucked in two before full time, in the 44th and 55th minute, respectively.
The win for Timehri Panthers, their second in three matches has placed them in the fifth place.
Today, three more matches would be played, Herstelling Raiders will oppose Soesdyke
Falcons from 10:00hrs followed by a clash between Friendship All Stars and Kuru Kururu Warriors with the feature match between Swan FC and Timehri Panthers.