GECOM votes in favor of appointing an attorney to the Chief Election Officer – Keith Lowenfield – to represent the election body during the hearing and trial of the election petitions filed by APNU/AFC. Aubrey Norton says this is wrong and the CEO has a right to his own attorney. PPP commissioner – Manoj Narayan – says the decision is based on the constitution. The details in this report from Wendell Badrie

PPP Commissioners and Chairman of GECOM voted to select Attorney for CEO Lowenfield in the Election Petition .

The attorney is Manoj Narayan a PPP Commissioner . Are these folks nuts ???

Nahhh, they are not nuts just really crooked, that's all.

Nahhh, they are not nuts just really crooked, that's all.

They also seem to have crooked nuts.

They also seem to have crooked nuts.

I haven't heard any constructive arguments about the appointment so far, only dumb expressions.  Did Lowenfield refuse to accept his GECOM appointed attorney? 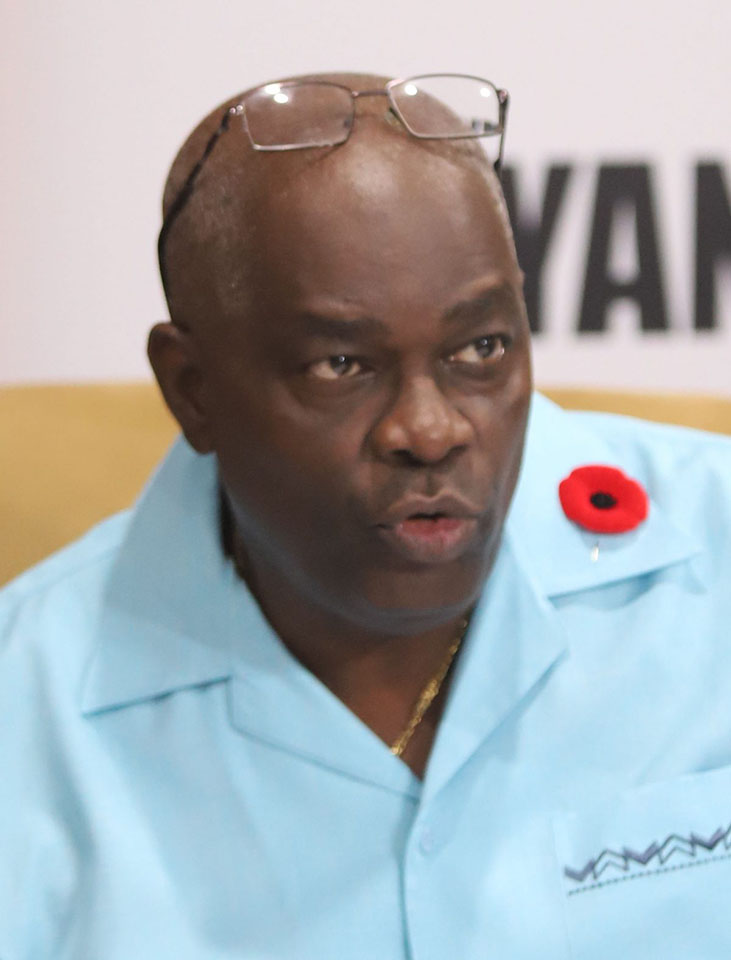 The opposition APNU+AFC has taken issue with a Guyana Elections Commission (GECOM) decision to hire a lawyer to represent the Chief Election Officer (CEO) Keith Lowenfield for the elections petitions cases instead of allowing him to select his own representation.

“If they are allowed to give the CEO one of those PPP attorneys then they will do everything to ensure that the petition fails. The CEO must be allowed to select his own lawyer,” APNU+AFC member Aubrey Norton told a virtual press conference on Friday.

He accused GECOM Chair, Justice (ret’d) Claudette Singh and the “PPP/C Commissioners” of using the majority “to bully their way through” on the vote on the issue.

“The CEO is entitled to choose his own lawyer…as a person Mr Lowenfield has a right to select his counsel,” he stressed.

Government-nominated commissioner Sase Gunraj has, however, argued that in the case of the two elections petitions that have been filed, Lowenfield is not responding as a person but as the chief administrative officer of the Commission.

“The CEO is a creature of the Commis-sion and is representing the commission in these proceedings so the Commission took a decision that it will discuss hiring lawyer or lawyers to represent the CEO,” he told Sunday Stabroek.

He drew attention to the ruling of Chief Justice Roxane George in the case of Misenga Jones vs GECOM where it was noted that GECOM can direct the CEO via Section 18 of the Elections Act.

The CEO cannot be a “lone ranger,” Justice George said at the time.

Gunraj maintained that it is in line with the law that the Commission, by a majority, voted to identify legal representatives for Lowenfield. The decision was also taken in line with section 4 of the Validity of Elections Act.

Under this section, the CEO is named a respondent in an elections petition if it complains of any act or omission on the part of the commission, its membership or its staff.

In the petition filed by Monica Thomas and Brennan Nurse, it is specially contended that GECOM failed to discharge its constitutional functions, exercise general direction and supervision over the registration of electors and the administrative conduct of all the elections of members of the National Assembly.

This would, therefore, require that the actions of the Commission be defended in line with the provision of Section 4 of the Act.

APNU/AFC should feel lucky that Narayan is the attorney than any of the grossly incompetent ones who represented the Coalition over the past 2 years. Lowenfield must be counting his lucky stars about this decision.

Sign In To Reply
Post
Current Visitors: 109 (1 member, 108 guests)
Welcome to the Original Guyanese Discussion Forums, first established in 1996. Here you can discuss, ask questions or generally debate anything related to politics, movies, music, health or just gyaff away your day/night here. A note of warning, the Political forum is not for the faint of heart.  We do have some rules, so please adhere to them .
Do not post any messages that are obscene, vulgar, sexually-orientated, racist, hateful, threatening, or that otherwise violate any laws. Do not post any messages that harass, insult (name calling), belittle, threaten or mock other members.