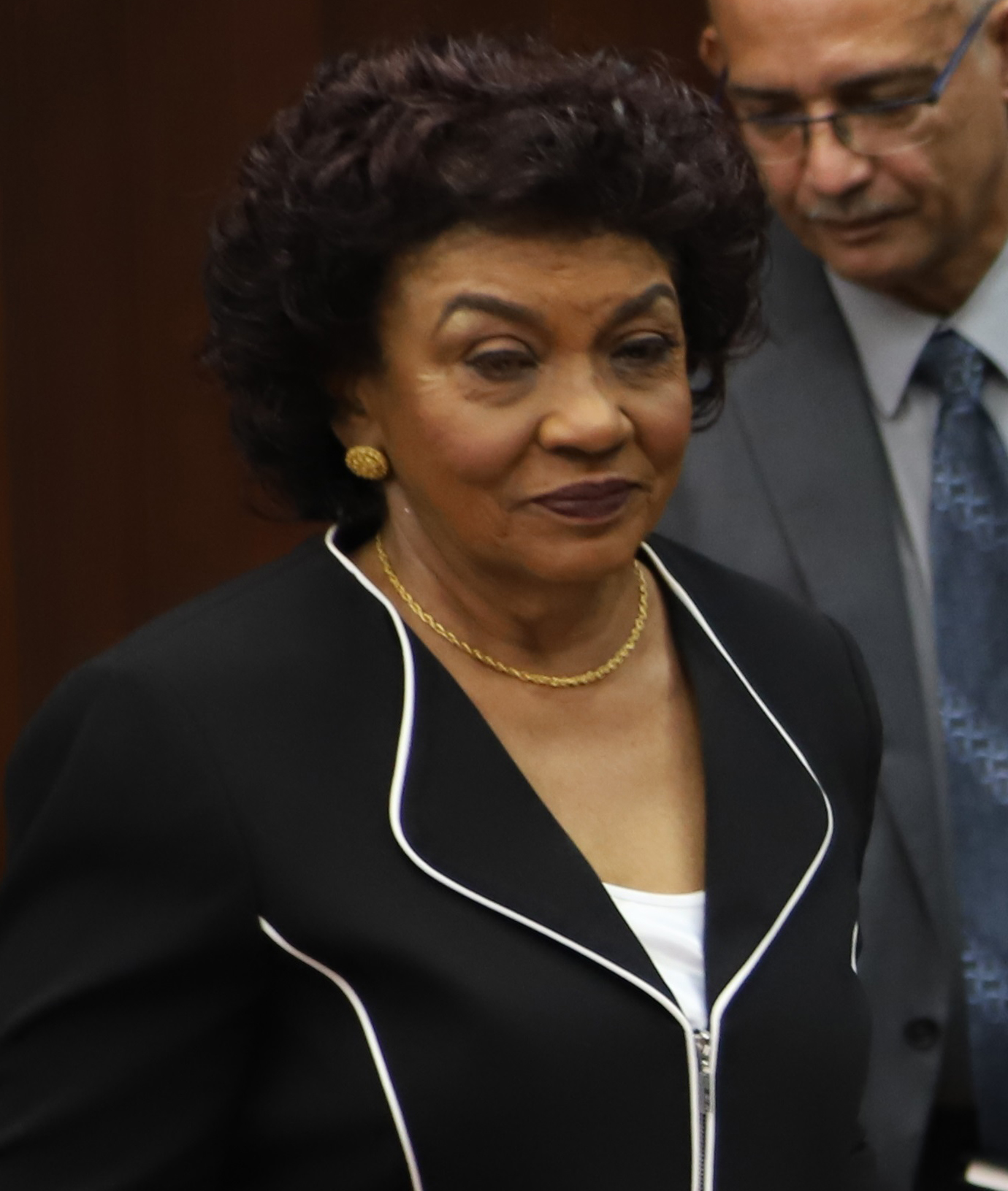 Kaieteur News – Chair of the Guyana Elections Commission (GECOM), Justice (ret’d) Claudette Singh has refuted claims by opposition-nominated Commissioners, Vincent Alexander, Charles Corbin and Desmond Trotman, in which alleged that Singh had refused to meet with a People’s Nationals Congress (PNC) delegation, on the ground that it had been “unprecedented”.

In a statement to the press last evening, the Chairman recalled that PNC General Secretary Amna Ally wrote to her on January 7, requesting to “engage you singularly as the Chairperson of the Commission to proffer our proposals of the matters at hand before participating in the Commission’s meeting.”

Singh notes that in her response, also dated at January 7, she extended an invitation for the team to meet with the Commission on January 12 at 2PM. “In a separate communication on the same day,” the Chairman adds, “I also requested that many issues likely to be raised are matters to be addressed by the Commission, and recommendation that proposals should be forwarded in writing so that they may be dispatched to the Commissioners for their perusal and consideration prior to the meeting.”

Later on January 11, in her response, Ally reiterated her request to meet singularly with the Chair, to discuss matters in relation to voters’ registration. Singh went on to say that the GS further stated that “It is public knowledge that you have facilitated meetings with other stakeholders both foreign and domestic without major formalities…” She expressly opined that a meeting with the full Commission can be held subsequent to a meeting with the PNCR.

However, the Chair says that she further advised Ally on January 12, 2021, prior to the meeting of the Commission, of her insistence that the team to meet with the “full Commission as is customary when meeting with Political Parties”. She further explained that this methodology had been useful in ensuring all Commissioners collectively benefit from the issues to be addressed for later deliberation and decision.

“The claim made by Commissioners Alexander, Corbin and Trotman that I refused to meet because such a meeting is unprecedented is grossly misleading at the very least. As Chairperson of GECOM, I have never engaged with any political party on my own. Proposals made by stakeholders are always welcomed and being heard by the full Commission allows for a more meaningful engagement at that level,” the Chairman expressed.

She continued that in any event, as Chairperson, she reiterates that it is appropriate to engage political parties at the level of the Commission so that their concerns may be discussed and, where necessary, action taken. “It is for these very reasons that I extended an invitation to Ms. Ally to meet with the entire Commission as I would with any other political party expressing a desire to meet with me singularly,” the Chair concluded in her statement.

She is still afraid for her life. 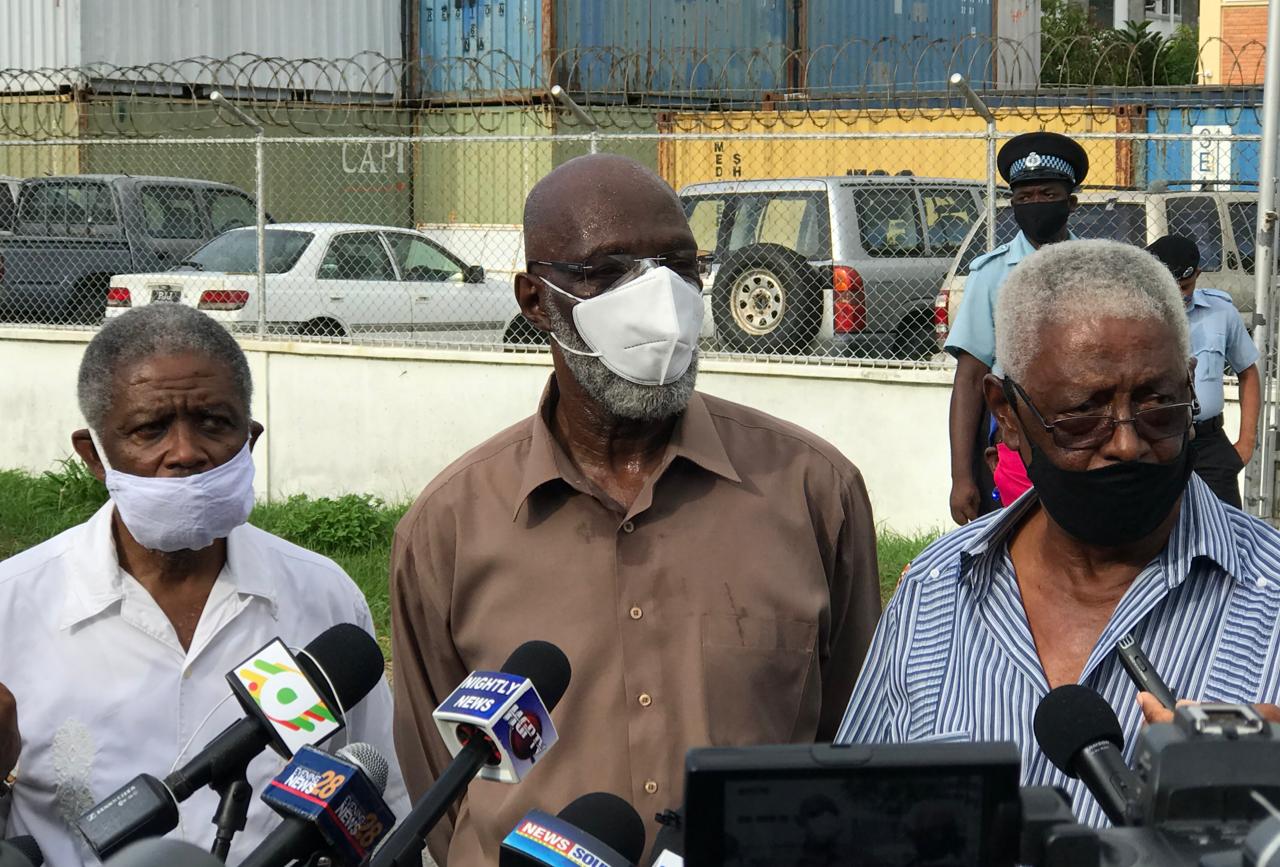 According to the Coalition-nominated commissioners, it was reported yesterday at a meeting, that there was an exchange of correspondence between GECOM Chair and Ally, with a request by Ally for meetings between the Commission and the Chair, respectively.

“The APNU+AFC is a major stakeholder and as such, we consider it discourteous, at least, for her not to have entertained their presence.”
However, when Kaieteur News spoke to government-nominated Commissioner, Sase Gunraj, he rejected the Commissioners’ statements and labelled them as “outright lies.”

“The request to the Chairman, based on what was communicated to us in the meeting today, was that they requested to meet with the Chairman alone. As far as I can recall, that is unprecedented where the Chairman alone in my tenure has entertained any meeting with any delegation from any political party. It has always been the Commission meeting the delegation. And as far as I am concerned, the Chairman’s position was in keeping with that position that has always occurred,” Gunraj explained.

When asked whether the Chairman communicated specifically that she refused the conference because they had wanted to meet with her alone, Gunraj explained that “The Chairman communicated to the Commission that she communicated to them – the representative, Amna Ally – that she was not prepared to meet alone, [but] that she was prepared to meet, with the Commission. She is part of a collective, and as a consequence, she requested that the meeting be with the entire commission. They have obviously refused that and the PNC Commissioners have walked out.”

Notwithstanding this, it was highlighted that GECOM is on the verge of major decision making with regards to voter registration, a matter that was litigated and requires serious and in-depth consideration, before a decision is made.

The PPP/C should have been included in that meeting.

The PPP/C should have been included in that meeting.

Who asked you?  What do you know?

Who asked you?  What do you know?

I know more than you.

The PNC cannot be trusted.  For what they attempted to do in 2020 election, they have no credibility. They are a bunch of thieves. They steal and when they are caught, they roam the street and make threats against the police and the PPP.  No changes will be made so long as the PNC cabals are there.

Ramakant-P replied:
I think you mistake me for your Mama.
$M unaccounted for in Region 10 community projects under SLED programme
6 minutes ago

Toronto's Dominion Voting Systems sues Rudy Giuliani for $1.3B US
11 minutes ago