At least four plots of land formerly belonging to the Wales Sugar Estate have been sold to private individuals by the National Industrial and Commercial Investments Limited (NICIL).

According to the Official Gazette of December 29, businessman Raymond Khalil has purchased Lots 1 and 2 of land at Plantation Wales along with the buildings there. Additionally Roopnaraine Ramkishun and Deonarine Boodramlall both of Patentia purchased Lot 5 and Lot 7 respectively while businessman Sasenarain Shewnarain of Versailles has purchased Lot 20.

According to the Transfer of Property Order the transfer of property was implemented by NICIL on June 29 following a Board resolution on June 1.

The resolution also approved the sale of approximately 12 acres of land to Demerara Distillers Limited (DDL) at what was formerly Plantation Great Diamond. This estate was closed in 2009 by the PPP/C administration.

An advertisement carried in the Stabroek News of March 2 by the Special Purpose Unit (SPU) set up under the National Industrial and Commercial Investments Limited (NICIL) stated that Lots numbered 1 to 12 and 14 to 31, parts of Plantation Wales along the eastern and western sides of the West Bank Public Road were up for sale.

Interested persons were asked to register with the SPU and purchase the tender package at a cost of $5,000. Tenders were to be received no later than March 16th, 2018.

The advertising of these lots came even though the hundreds of workers made redundant when the Wales Estate closed at the end of 2016 had not been offered any lands.

There had been statements by several officials that the allocation of land to the workers made redundant was a possibility.

Will the PPP go after these buyers ?

An appraisal is being done to see whether the buyers paid fair market value. First, they are going after the leased lands that later flipped at much higher value.

An appraisal is being done to see whether the buyers paid fair market value.

First, they are going after the leased lands that later flipped at much higher value.

Any information on the LAW about flipping LEASED LANDS ?

Any information on the LAW about flipping LEASED LANDS ?

You cannot sell what you don't OWN, but there must be specific clause for Sub-leasing in the contract.

DDL may be using the land to store barrels.

You cannot sell what you don't OWN, but there must be specific clause for Sub-leasing in the contract.

Will the PPP go after these buyers ?

They bought the lands legally. Why would the PPP go after them?

Some Wales land leases in jeopardy 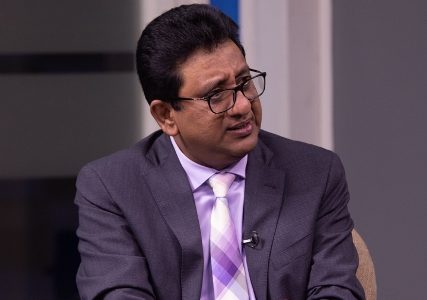 An occupation survey will today begin of lands at the former Wales Estate as Attorney General Anil Nandlall yesterday said the former head of the unit that had taken charge of sugar assets could not prove to the National Industrial and Commercial Investments Limited (NICIL) the process used to dispose of thousands of acres.

But with several farmers and investors bemoaning the financial and other resources already expended on some of the properties leased, government is looking to create a body that will oversee the transformation of the former estate into an agricultural hub, thus creating jobs for at least 3,000 persons.

“The Wales Estates lands, like Ogle and like Peters Hall, were disposed of by leases without any process whatsoever. Colvin Health-London, (Head of the Special Purpose Unit),  was requested to submit in writing, a report detailing the process utilized for the disposal of lands by NICIL. He was unable to point to any process for the thousands of acres of lands that have been leased,” Nandlall told Stabroek News yesterday in an interview.

“So those lands were disposed of and written leases issued but no one can explain the procedure employed. In other words – how did the persons know that lands were available, what were the factors that were taken into account in determining to whom leases were going to be issued, as well as what acreage of land? Those questions need to be answered,” he added.

He said that the new Board of NICIL was advised by him to send notices rescinding those leases.

In a notice in Saturday’s Stabroek News, NICIL announced that in conjunction with the Ministry of Agriculture and the Region Three council, it will be conducting an occupational survey of the lands owned by NICIL at Wales Estate from November 16 to November 20. “

“Once you are the holder of a lease, you are advised to make contact with NICIL’s team at Wales Estate between the hours of 9 am and 3 pm”, the notice said.

The government is focusing on land sales and leases orchestrated by NICIL’s Special Purpose Unit (SPU) which had taken charge of the assets of shuttered sugar estates. The SPU was headed by Heath-London. His services were recently terminated.

Nandlall said that last month he, the Minister of Agriculture Zulfikar Mustapha and the Chief Executive Officer  of NICIL met with a number of persons who would have received notices of rescission.

It was revealed during that meeting by some of the persons who held leases that they had expended large sums and they felt it was unfair that they be punished for errors of the SPU.

To this end, a decision was made to undertake the occupational survey to ascertain which lands were developed, the state of development and overall what should be done.

Further, he added, “Government’s intention is to create a statutory body corporate, appoint a board and vest the lands in that corporation. That board will then be responsible for addressing the issue of those lands. That is to say that the Board will establish a transparent process and invite expressions of interest in the area of agriculture and the lands will be leased to persons and companies based upon that process.”

He said that government’s priority remains to ensure that the lands are leased to persons who will beneficially occupy them, create jobs, and contribute generally to the economy of Region 3 and by extension the country.

Some priority will be given to former workers of Wales and they will be advised to form themselves into coop societies.

“It is expected that thousands of jobs will be created and the agriculture sector will be boosted,” the Attorney General said.

This was echoed by Mustapha who told this newspaper that government’s intention is to see the former estate lands transformed into an agricultural hub which will serve not only this country but the Caribbean region’s food needs.

I don't know why you guys are obsessed with state lands.  The government of the day has a right to sell lands that the owners failed in paying their land tax.

Ramakant-P replied:
Thank you!
Ramakant-P replied:
The Coalition tried to prosecute PPP members and tried to rig the 2020 Election. They also empty the Guyana treasury. Is not what they...
alena06 replied:
Great initiative, I wish Mr Beepat all the best. Those international restaurants will be welcomed by foreigners visiting GY.

Django replied:
Complaints are taken off , and remarks are cleaned up ,every one knows the requirement for posting. Some more clean up will be done later.

Plan with UWI is for immediate online education, no bypassing of UG – Manickchand
9 minutes ago