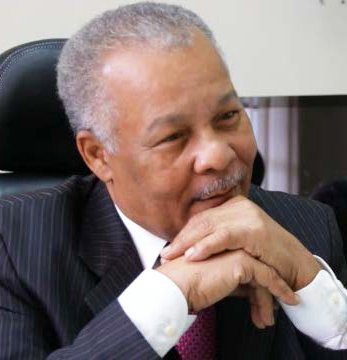 Arthur, who served three terms as Prime Minister, is named in a list published today by the Guyana Elections Commission of those observers accredited.

The Commonwealth is yet to issue a formal statement on its mission.

CARICOM, according to the list, is also fielding a 12-member delegation.

Welcome to the Original Guyanese Discussion Forums, first established in 1996. Here you can discuss, ask questions or generally debate anything related to politics, movies, music, health or just gyaff away your day/night here. A note of warning, the Political forum is not for the faint of heart.  We do have some rules, so please adhere to them.
Privacy Statement - Rules
Join Now
The truth Triumphs... do you have a problem with that.
31 minutes ago

Not afraid. Not worried. Que sera, sera.
49 minutes ago
dumb jackasses! what else is new...
1 hour ago

I thought it was that lawyer Totaram from Liberty Avenue, NY...
1 hour ago

Disseminated by MERCURY - results of March 2,2020 Guyana Elections
31 minutes ago