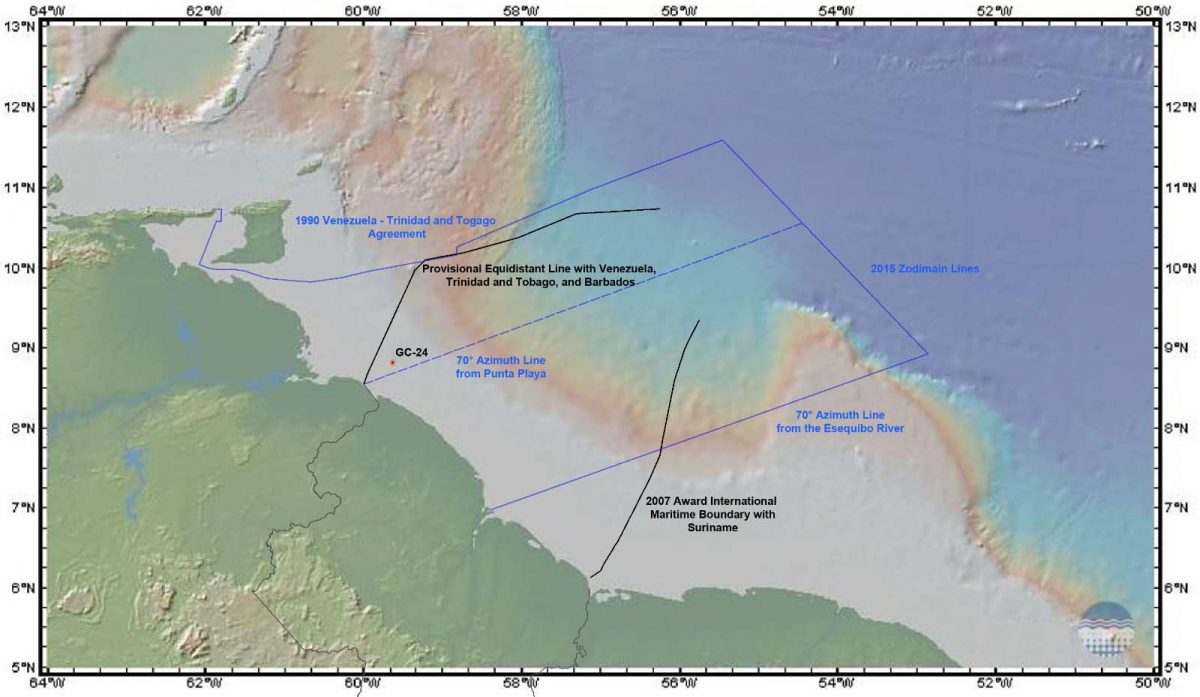 Todd in virtual meeting with Arreaza

The 12 Guyanese seamen currently detained in Venezuela are likely to spend at least another month in that country as authorities have been granted 45 days in which to conclude an investigation and possibly lay charges.

Kumar Lallbachan owner of “Lady Nayera”, one of the vessel which have been detained, told Stabroek News last evening that the men had been taken before a Venezuelan Court where the order was made.

“They weren’t charged with anything yet. Is just the 45 days to investigate the Court give,” Lallbachan said adding that for that period the men are expected to stay on the boats moored at Port Guiria.

He stressed that he is personally worried for both his vessel and his employees but expressed gratitude for the diplomatic efforts of the Guyana government. 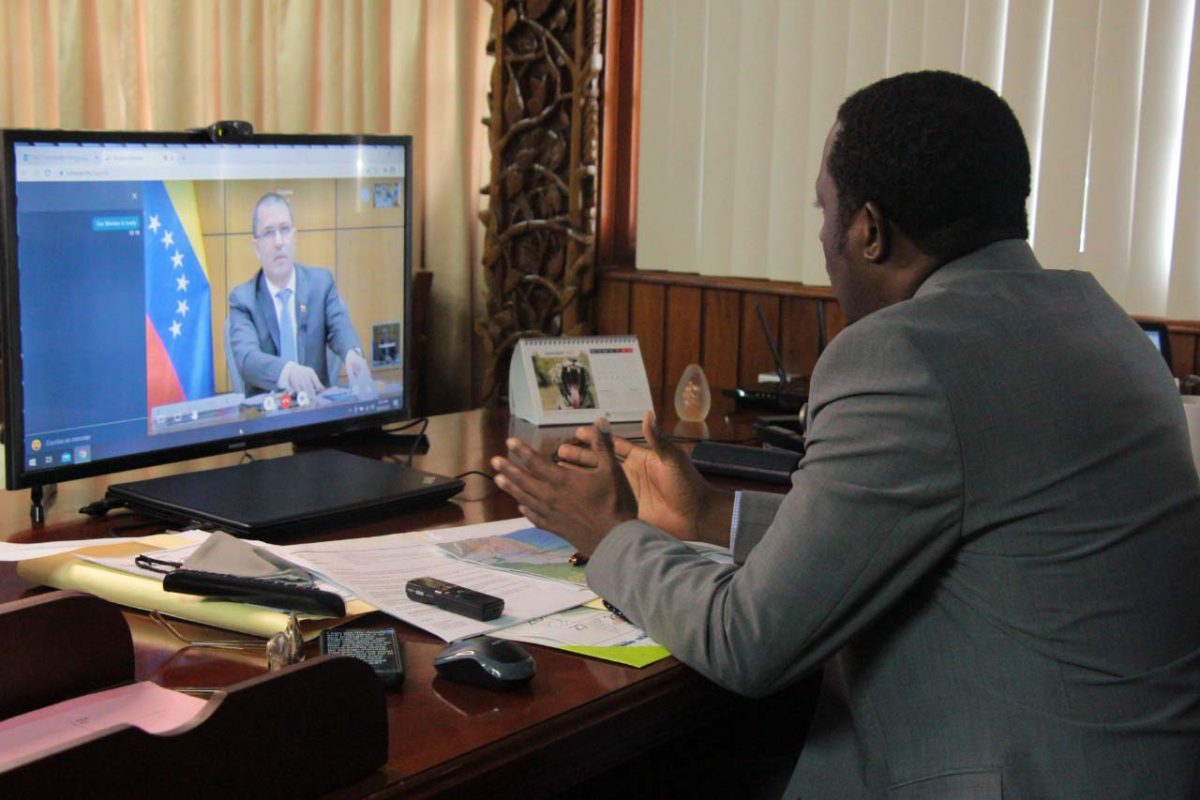 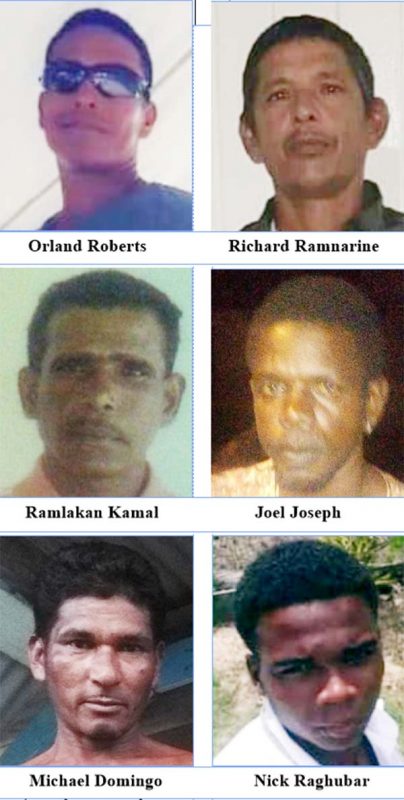 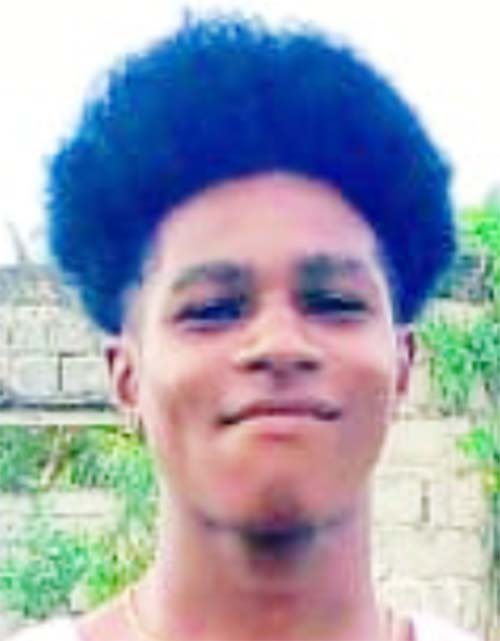 “My son went to meet with the Minister [of Foreign Affairs Hugh Todd] and we can see that they are working around the clock. We are really grateful,” Lallbachan explained.

The owner of the “Sea Wolf”, the other vessel detained, Kenneth Garraway also confirmed that his workers had appeared in Court but had not been charged.

He told Stabroek News that he was fully expecting them to return home at the end of the 45 days.

Lady Nayera and the Sea Wolf were intercepted by the Venezuelan Navy in this country’s waters on Thursday January 21, 2021.

According to the Minis-try of Foreign Affairs and International Cooperation the two vessels were intercepted by Venezuelan naval vessel Commandante Hugo Chavez GC 24, while operating off the coast of Waini Point at a position of N 80 49’ 06”/ w 590 37’ 40” W.

These co-ordinates they remind are “well within Guyana’s territory” and therefore the crew members and vessels are currently illegally detained at Port Guiria, Venezuela.

Venezuela has refuted this claim via a statement from its own Ministry of People’s Power for Foreign Relations. According to this statement the naval vessel was operating “in waters of undisputed Venezuelan sovereignty”.

While they fail to reference the specific location, Caracas claims that the two vessels were “engaged in illegal fishing in flagrante delicto in waters of full sovereignty and jurisdiction of Venezuela, without also having any type of legal documentation.”

“The Bolivarian Republic of Venezuela reiterates that it will not allow illegal incursions of any kind into its territory and that it will exercise, as it has always done, the sacred right to the defense of their sovereignty,” the statement claimed.

Guyana, however confident of that the interception occurred in its territory dispatched a protest note via the Chargé d’ Affaires of the Venezuelan Embassy, Moses Chavez. Chavez had been summoned to Takuba Lodge to a meeting with Minister Hugh Todd.

It was the first of three meetings held yesterday by Todd who also met with the owners of the vessels to convey Government’s commitment towards the release of the crew and vessels.

In a statement the Ministry said that Todd provided the owners with an update on the Government’s efforts including the issuance of a statement condemning the recent actions of Venezuela and the transmission of a note verbale in protest of the Venezuelan navy’s actions.

“We are doing all within our power to reunite the crew members with their families and help you to continue with your business,” the Minister is quoted as saying.

The final meeting held on the matter was between Minister Todd and his Venezuelan counterpart Jorge Arreaza, Minister of the People’s Power for Foreign Affairs.

Following the meeting the Ministry announced that Arreaza had undertaken to pursue the early release of the seamen.

The meeting specifically did not address the differing positions on the sovereign jurisdiction of interception but focused on the modalities for release of the crew members and vessels.

The discussion, according to the Ministry was cordial and both Foreign Ministers agreed to the importance of mutual respect in relations between the two countries.

The interception of the two vessels comes amid rising tensions between the two countries following an International Court of Justice (ICJ) decision on December 18 last year to assert jurisdiction following an application by Guyana for a juridical settlement of the longstanding border controversy with Venezuela.

Venezuela has since asked the ICJ  twice for the case management meeting to be deferred and it was shifted from yesterday to February 26th. The first deferral was from January 10th to January 25th.

Guyana has said that while it holds firm to the view that Caracas has no sound ground for the deferrals given the meetings are only procedural, it will allow the court to do its job.

“If you give Venezuela five years, they still can’t find any justification for their claims. So time is not going to help them. They have had since 1899,” Guyana’s Agent at the ICJ Carl Greenidge told this newspaper on Sunday.

Since the ICJ decision, Caracas has engaged in a series of hostile actions including the issuing of a decree purporting to establish control over waters adjacent to Guyana’s Essequibo coast. This decree has been repudiated by Guyana.

The Minister of Foreign Affairs says that this country believes that Venezuela latest act of aggression is to avoid the current case before the ICJ and get Guyana to return to the UN Good Offices Process; an act this country refuses to do.

“We think it is an attempt to go back to the Good Officer’s Process. But no! That is not our position and we (are) committed to the ICJ process,” he stressed on Sunday.

“We are hoping that they will join us at the ICJ and not try to get us back to bilaterals,” he added.

At the moment, according to the Minister of Foreign Affairs, the main objective of this country is to get the crews back home safely to their families.

Sign In To Reply
Post
Current Visitors: 29 (2 members, 27 guests)
Welcome to the Original Guyanese Discussion Forums, first established in 1996. Here you can discuss, ask questions or generally debate anything related to politics, movies, music, health or just gyaff away your day/night here. A note of warning, the Political forum is not for the faint of heart.  We do have some rules, so please adhere to them .
Do not post any messages that are obscene, vulgar, sexually-orientated, racist, hateful, threatening, or that otherwise violate any laws. Do not post any messages that harass, insult (name calling), belittle, threaten or mock other members.

Join Now
cain replied:
We'll soon find out when some weasel decides to stupidly make a post on Facebook mentioning what was found in her files.

Totaram replied:
And, that is likely what happened. She left her computer in a bag unattended on her seat and when she returned after lunch it wasn't...
Sunil replied:
No need to steal the laptop, you can download al the files to a USB stick and return it in minutes.

Ilum replied:
Just in case any of you give a rat's ass, my son is a National Merit Scholarship Finalist for 2021.

Hess Corporation Is All About Guyana
1 hour ago