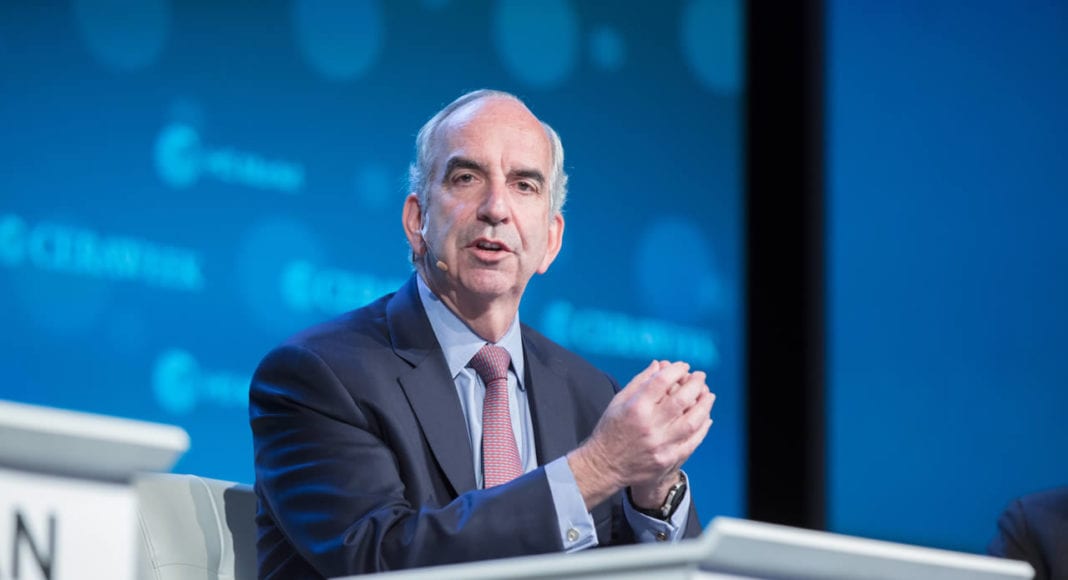 While the recent Fangtooth-1 discovery augments the list of over 20 significant finds in the Stabroek Block by operator ExxonMobil, its value should not be overlooked or underappreciated, says Hess Corporation’s Chief Executive Officer (CEO), John Hess.

During Goldman Sachs’ Global Energy and Clean Technology Conference 2022 held on Thursday, Hess, who spoke extensively about the exploration outlook of Guyana, noted that Fangtooth-1 is actually the first test of the deepwater horizon of the Lower Campanian and Santonian plays. Hess said success in this relatively new territory for the partners proves his well reported conclusion that the Stabroek Block holds multi-billion-barrel exploration potential that is far beyond the 10 billion barrels of oil equivalent resources already discovered.

The Hess CEO said, “…we were happy to announce more discoveries, being Fangtooth-1 and Lau Lau-1. Both of these are significant in pay counts and have significant high-quality reservoirs as well as aerial extent so they will add to the 10 billion barrels of oil equivalent already discovered and they should be fairly significant adds and will go into the queue of development opportunities.”

Furthermore, the Hess executive said Fangtooth-1 shows that the joint venture partners still have a lot of running room for exploration in Guyana. “And when we say there is multi-billion barrels of exploration potential remaining above and beyond what was discovered, Fangtooth validates that,” Hess added.

He said too that Fangtooth-1 is a really significant discovery since it has opened up another deep play for the partners to pursue.

Taking this into account, he said Guyana is truly a unique cash flow story for investors, whether they are in the hydrocarbon industry or not, to take their money.  For 2022, he said the partners are excited about the organic leverage it still has on the block and will continue its efforts to grow the queue of developments as well as their resource base of “low cost, high value, low carbon oil.”

By 2026, 4 FPSOs will deliver 50 million barrels of oil, US$4 billion annually to Guyana – Bharrat

It was on Wednesday the Guyana Government disclosed that the country scored big again with two significant discoveries.

The administration said the Fangtooth-1 well encountered approximately 164 feet (50 meters) of high-quality oil-bearing sandstone reservoirs and was drilled in 6,030 feet (1,838 meters) of water. It is located approximately 11 miles (18 kilometers) northwest of the Liza field.

As for the Lau Lau-1 well, it encountered approximately 315 feet (96 meters) of high-quality hydrocarbon-bearing sandstone reservoirs. The well was drilled in 4,793 feet (1,461 meters) of water and is located approximately 42 miles (68 kilometers) southeast of the Liza field.

OilNOW also reported earlier this week that Fangtooth was drilled by the Stena DrillMAX, and Lau Lau was drilled by the Noble Don Taylor, which are two of six drillships supporting exploration and development drilling across three blocks operated by ExxonMobil offshore Guyana.

Exxon has found an average of 1.7 billion barrels of oil per year in Guyana since 2015 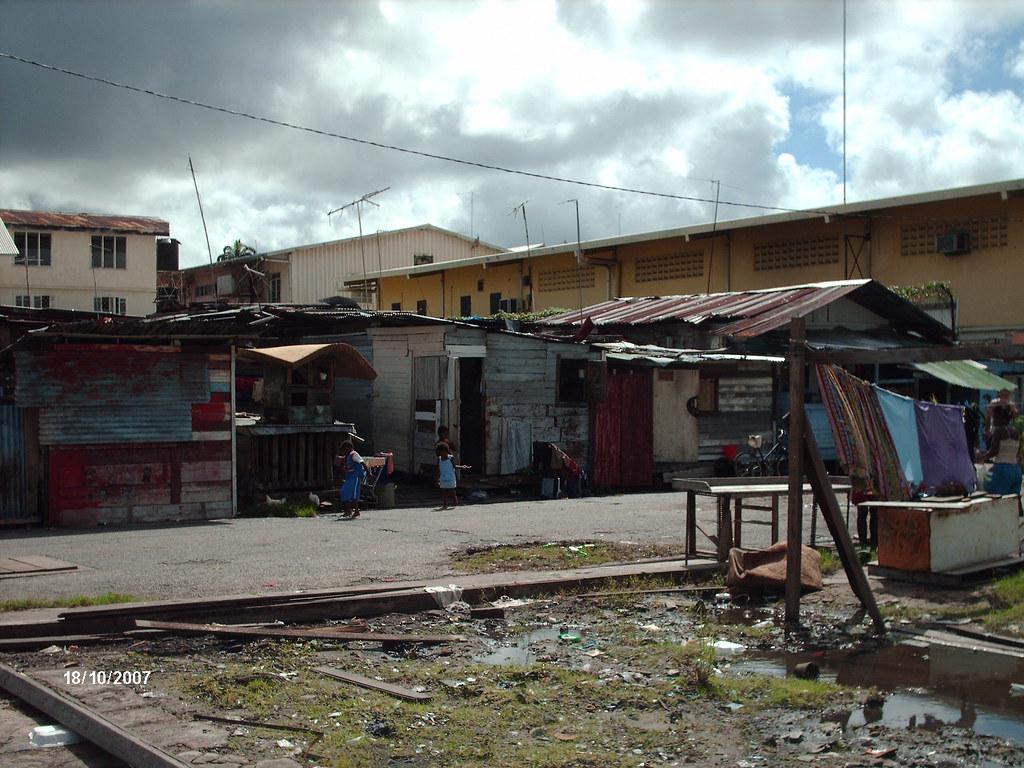 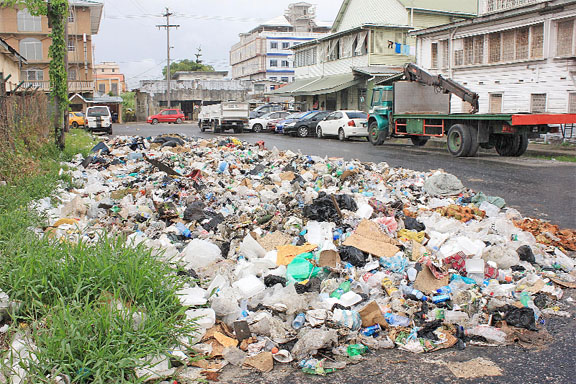 The pictures show one of the many once-poor families now living in five-star 'slum luxury'.  Thanks to a booming Guyana economy.

Call you Dabit, Ubraj about the dire situation in GT. 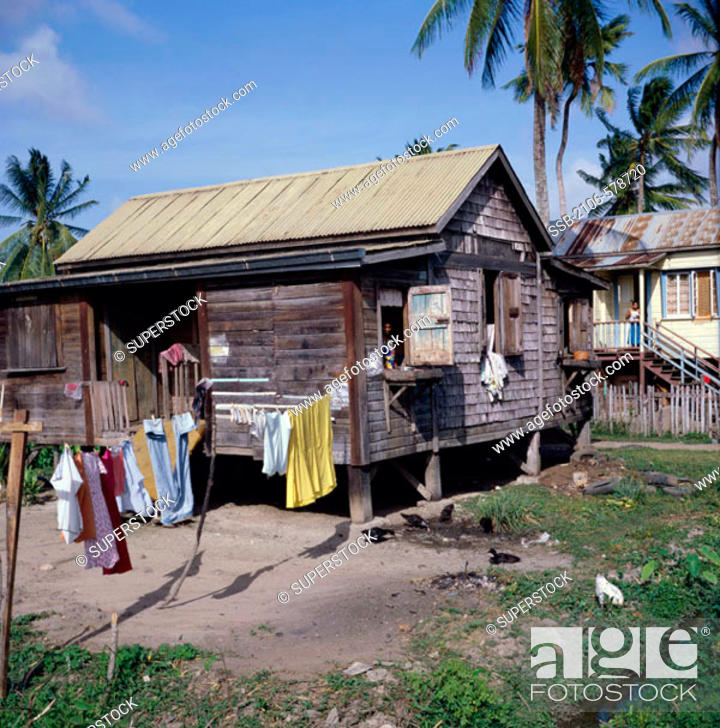 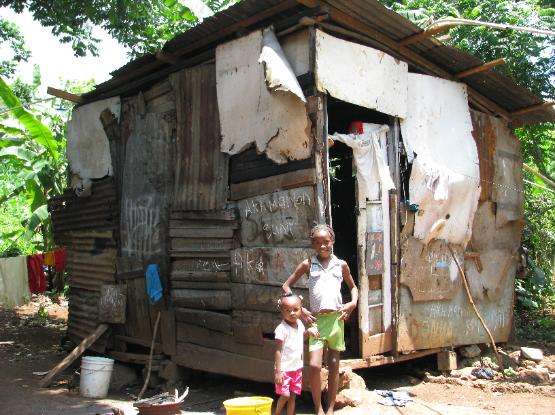 This picture shows one of the many once-poor families now living in five-star 'slum luxury'.  Thanks to a booming Guyana economy.

Ohhh WOW! Dem people rich man..is a good ting nuff nuff ail money comin in or they would never be able fi build something like dat.

An' to top it off, dem curtains ain't dem cheap ass things made in China.

Mit should teach these people how to work hard, save, and invest.

Mit should teach these people how to work hard, save, and invest.

You are much more qualified to teach. I don't work hard and I don't save.

Yeah!  It's all that dachna and donations intended for APNU/AFC maybe providing a stress free life for many of advocates of change.

Yeah!  It's all that dachna and donations intended for APNU/AFC maybe providing a stress free life for many of advocates of change.

Happy that you found a very comfortable status in life.

Happy that you found a very comfortable status in life.

Sign In To Reply
Post
Current Visitors: 29 (2 members, 27 guests)
Welcome to the Original Guyanese Discussion Forums, first established in 1996. Here you can discuss, ask questions or generally debate anything related to politics, movies, music, health or just gyaff away your day/night here. A note of warning, the Political forum is not for the faint of heart.  We do have some rules, so please adhere to them .
Do not post any messages that are obscene, vulgar, sexually-orientated, racist, hateful, threatening, or that otherwise violate any laws. Do not post any messages that harass, insult (name calling), belittle, threaten or mock other members.
Do not use profanity, racial, ethnic, religious, or other slurs and stereotypes, or post sexually-oriented material, masturbatory and excretory references, or any other offensive material.