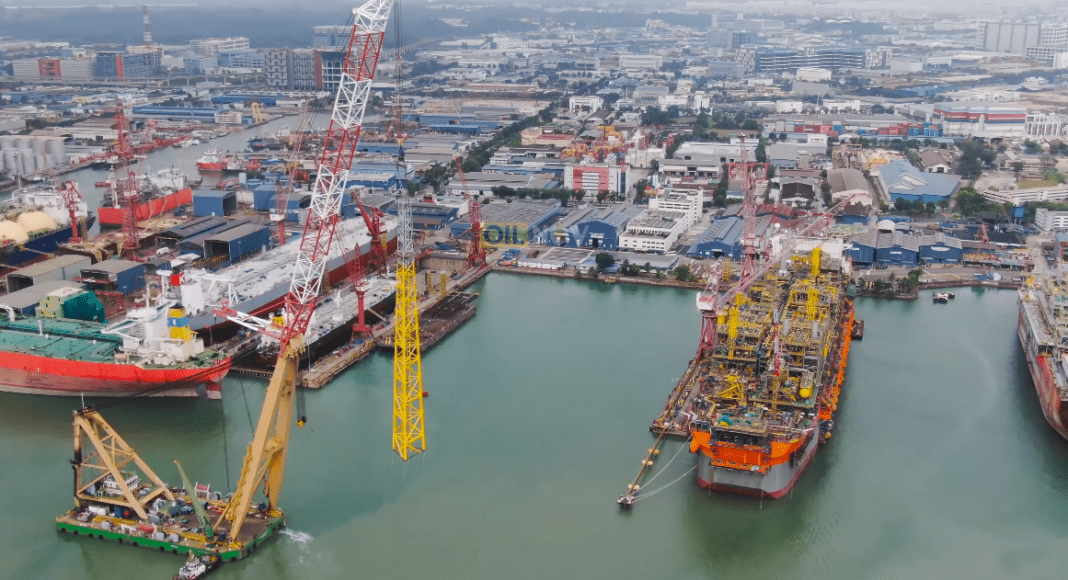 The Liza Unity FPSO, Guyana's second oil production vessel, while under construction in Singapore. The unit has since been delivered to Guyana and will begin producing oil in early 2022.

ExxonMobil Guyana says its budgets for operations in the South American country which include expenditure for approved projects and wells drilled are routinely reviewed by the natural resources ministry and that it employs robust systems to ensure Guyana gets the best market value.

Media and Communication Manager, Janelle Persaud told OilNOW in an invited comment on Thursday that the company considers audits a normal part of its operations, and that it cooperates with the government so it can fulfill its obligations. 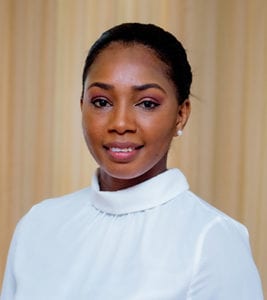 “We are fully transparent with the government on our budgets and cost banks for each block and have implemented extensive cost controls across our business in line with our contracts and the laws of the country,” Persaud said. “Audits are just one part of a comprehensive framework of controls established by the government.”

Setting annual budgets for each of the three blocks ExxonMobil operates is just one part of the system of checks and balances the company employs, Persaud related. Exxon is operator of the Stabroek, Kaieteur and Canje blocks.

“We also steward and report costs for each project that is approved and each well that we drill,” Persaud pointed out, noting that the ministry also receives monthly reports on actual expenditures.

She referred to Exxon’s procurement strategies and processes as having leveraged the latest international methods to capture significant market value for the country.

“We employ modern information technology systems and a professional workforce, many of whom are Guyanese, that ensure we operate with robust processes and controls.  We publish the statutory financial statements and the independent auditor’s report, made by a Guyanese audit company,” she said.

To verify compliance with relevant contractual commitments and laws, Persaud said that the company is audited by internal auditors and multiple entities, including its co-venture partners (Hess and CNOOC), the Ministry of Natural Resources, Guyana Revenue Authority, and Guyana National Bureau of Standards.

The Government of Guyana has come in for criticism because it has not contracted a firm yet to conduct cost-recovery audits for Exxon’s post-2017 costs. Vice President Dr. Bharrat Jagdeo says this is because the government is having a difficult time finding a capable local audit firm.

Mr. Jagdeo has assured that when it comes to Exxon’s cost recovery agreement with the government, Guyana’s interests will be protected.

OP-ED | Don’t be fooled by Ali and Jagdeo

…any audit now will not save Guyana from paying US$9.5B to Exxon

Guyanese must not be fooled by verbalised comments of President Irfaan Ali and Vice President Bharrat Jagdeo that the Government of Guyana will conduct an audit into the last two years of Exxon’s spending. Any audit now will not save Guyana the burden we carry for owing US$9.5 billion to this company, when we failed to honour our side of the contractual agreement. Let’s not be fooled or allow ourselves to be deceived by Ali and Jagdeo’s utterances. They are false.

Exxon now owns Guyana. Financially. This year’s National Budget is GY$383.1 billion (US$1.84 billion). Guyana owes Exxon US$9.5 billion. Do the calculation. Had the regime, when it entered office, focused on these oil contracts instead of witch-hunting and seeking to settle imaginary political scores, Guyana could have avoided this travesty.

The arrogance and incompetence of the political leadership is costing this nation and its people dearly. Few, if any Guyanese, would not come together to review the contracts. The noise the People’s Progressive Party/Civic (PPP/C) made when in Opposition about these contracts, and commitment given during the election campaign to review them, are proving to be just huffing and puffing to get into office.

Together we must hold them accountable for their refusal to initiate actions to review these contracts and for our present state of affairs. It is because of their recklessness future generations, many of whom are not yet born, will be saddled with this enormous debt. This US$9.5 billion could be equated to the Government of Guyana knowingly placing the People of Guyana into economic bondage to a foreign capital. It is tantamount to a form of economic indenture-ship to honour this financial obligation to Exxon.

Never before has this nation owed one company more than it has in its International Reserves at 2020 (US$680 million), larger than its external (GY$ $650 billion) and internal (GY$500 billion) debt ceilings, and bigger than its National Budget. This is the gravity of the situation we must grapple with and hold the government accountable, as was done with the former coalition government (A Partnership for National Unity and Alliance For Change), on these matters.

The PPP/C must be held even moreso accountable because they are the ones that promised to do better and must deliver better.  We could only imagine what $US9.5 billion could have done for the development of this country and the working class. It’s an imagination that will never be realised.

This matter is not about political loyalty or absence thereof, as so many grave issues of national import get ensnared in. This is a matter that puts at risk the sovereignty and future of Guyana, as an independent nation state. We are in what the older generation would call “sh%t creek.” As a citizen and leader in society the call is being reiterated for the Government and Opposition to come together and meet with all stakeholders in this society to ensure proper management of the business of the state, consistent with the supreme law, i.e. the Constitution of Guyana.  We must activate Article 13 as enshrined in the Constitution as a matter of urgency. It must no longer be business as usual.

For crying out loud, we are Guyanese, doan we have confidence in ourselves. We are a unique people.

For crying out loud, we are Guyanese, doan we have confidence in ourselves. We are a unique people.

Dem boys trying to hand it over to the Arabs dees days.

Sign In To Reply
Post
Current Visitors: 42 (1 member, 41 guests)
Welcome to the Original Guyanese Discussion Forums, first established in 1996. Here you can discuss, ask questions or generally debate anything related to politics, movies, music, health or just gyaff away your day/night here. A note of warning, the Political forum is not for the faint of heart.  We do have some rules, so please adhere to them .
Do not post any messages that are obscene, vulgar, sexually-orientated, racist, hateful, threatening, or that otherwise violate any laws. Do not post any messages that harass, insult (name calling), belittle, threaten or mock other members.
Do not use profanity, racial, ethnic, religious, or other slurs and stereotypes, or post sexually-oriented material, masturbatory and excretory references, or any other offensive material.