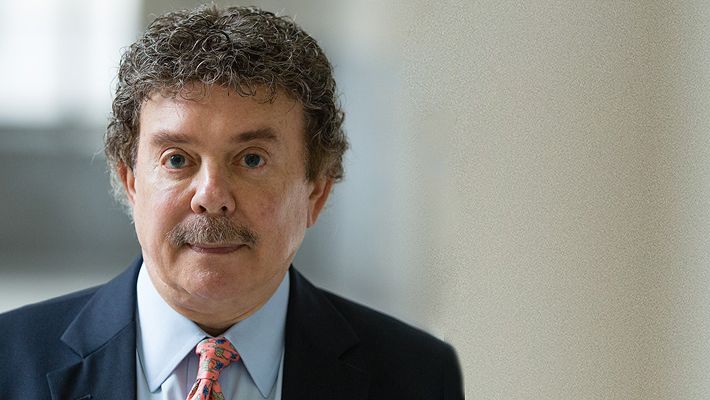 While the Guyana government is being commended for moving forward with a framework to ensure benefits to locals are maximised from the country’s vast oil and gas resources, one expert says it must be conscious of ensuring the Local Content Policy (LCP) that will be implemented is not based on unrealistic expectations. He is also urging oil companies to act responsibly since powerful groups in the United States and Europe will not stand idly by and see them taking unfair advantage of locals.

“I think the debate over whether or not to have a local content policy is a horse that left the barn a long time ago. There will be a policy. There have been several hundred since 2008 and 135 additional ones that have come on stream over the last couple of years. The question is, what does it look like,” said Jerry Haar, in an exclusive interview with OilNOW on Monday. Haar is a professor of international business at Florida International University and a global fellow of the Woodrow Wilson Center in Washington, D.C. and has been closely following the growth of the oil and gas sector in Guyana.

He said whether the policy is overly restrictive or takes into account the realities of where Guyana is as a new oil and gas producer is a function of dialogue between all the players with a genuine effort on all sides, including the oil companies, to succeed.

“I think what we need here is to find some middle ground of reasonableness, and I would say, truthfully speaking, given the power that external groups have especially in the United States and Europe with regard to oil companies, these mobilized shareholders with an ESG conscience are not going to stand idly by and see oil companies coming in and taking unfair advantage of the locals,” Haar said.

He pointed out that Guyana does not have the technical proficiency, the money, the track record or the know-it-all to go alone to do it themselves. “We also no longer live in a colonial era where Guyana is going to say, “Come on in and do whatever you want!” That is not going to happen,” Haar stated.

Authorities in Guyana are on the verge of moving to Parliament with a revised framework for the implementation of local content legislation after several months of consultations with key stakeholder groups on what the policy contains.

Haar said while the document has produced a reasonable policy framework, the LCP is jeopardized by a rigid compendium of local content targets that are “questionable in their derivation” or may be exceedingly difficult to attain.

“I’m taking a look at all of the details of over 150 occupations over a 10-year time frame [in the LCP], this is so granular, saying that 40% of pipe fitters will be available by the year 2027,” he said, pointing out that it’s important that a level of disillusion, remorse and anger either towards the government, private sector or oil companies is not inadvertently created.

“It is urgent, therefore, that the government address and remedy the shortcomings of its LCP. After all, there are many positive features of the LCP including: preferred access and opportunities for Guyanese; the need for good governance in order for the LCP to succeed; the need for appropriate legislative support for successful policy implementation; and engagement of the Guyanese diaspora as a vitally important resource,” Haar stated.

He said to help remedy the situation, in part, the government in going forward should consider conducting a SWOT analysis of the national economy and identify the specific education, training and skill development needs not only of the oil sector but of those sectors that have the potential to operate as competitive ones of the entire economy.

“I think when we’re talking about SWOT analysis, the SWOT analysis has to be done by an independent group,” Haar said.

He said given Guyana’s oil and gas development, it is critical that the government and the population at large have access to a clear-eyed and fact-based expert evaluation of the challenges and opportunities Guyana faces in this sector.

Sign In To Reply
Post
Current Visitors: 29 (2 members, 27 guests)
Welcome to the Original Guyanese Discussion Forums, first established in 1996. Here you can discuss, ask questions or generally debate anything related to politics, movies, music, health or just gyaff away your day/night here. A note of warning, the Political forum is not for the faint of heart.  We do have some rules, so please adhere to them .
Do not post any messages that are obscene, vulgar, sexually-orientated, racist, hateful, threatening, or that otherwise violate any laws. Do not post any messages that harass, insult (name calling), belittle, threaten or mock other members.
Do not use profanity, racial, ethnic, religious, or other slurs and stereotypes, or post sexually-oriented material, masturbatory and excretory references, or any other offensive material.