The PNCR refers to an article published in the October 27, 2020 edition of the Guyana Times newspaper with the headline “PNCR Executive collects US$1M for flipped lands at Peters Hall”, the “PNCR Executive” use in the headline is erroneous. PNCR advises that news outlets, social media platforms and any other medium of publication desist from publishing slanderous information with misrepresentations. The PNCR believes that Journalists and Editors must do investigative work before publishing materials. The Party believes a simple check to enquire can prevent them and their publications from being hauled before the court on accusations of slander.

Isn't she the one who fingered Bond?

Smell her finger...could be a giveaway.

Smell her finger...could be a giveaway.

Who is good at campaigning ?  The admin should be approached to install a Smell-o-vision devise on this forum. Some posters are missing a lot on smell-o-vision investigations.

If Amna disagrees with what's reported then she should refute it instead on babbling.

If Amna disagrees with what's reported then she should refute it instead on babbling.

She stated that the person in question is not on the executive of the PNCR.  So there...

General Secretary of the People’s National Congress Reform (PNCR) has named party member, James Bond, as the recipient of US$1 million in payments for 20.8 acres of flipped State lands at Peters Hall, East Bank Demerara (EBD). 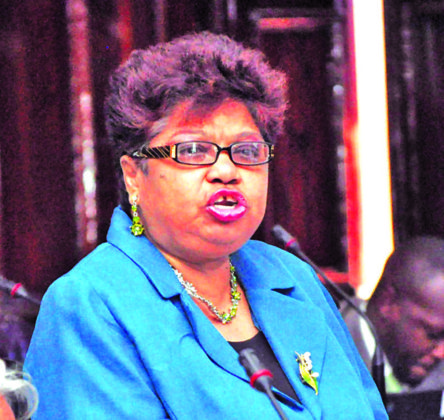 Ally made the revelation in response to Guyana Times’ article headlined “PNCR Executive Collects US$1M for flipped lands at Peters Hall” which was published on Tuesday.

“The PNCR wishes to inform the public that Mr James Bond is not an Executive Member of the PNCR. The PNC refers to an article published in the October 27, 2020 edition of the Guyana Times News Papers with the headline ‘PNCR Executive Collects US$1M for flipped lands at Peters Hall’ the ‘PNCR Executive’ use in the headline is erroneous,” Ali said in a written response.

Guyana Times in its report did not name the PNCR member, but Ally in her statement confirmed that it was him, who received the payments.

The revelation about the land scandal was made by Attorney General and Minister of Legal Affairs, Anil Nandlall on Monday in a video statement providing an update on the Government-promised investigation into the land giveaways by the David Granger Administration.

He said that over 50 acres of land were given away, through three different agreements, at Peters Hall by the then Government through the National Industrial and Commercial Investments Limited (NICIL). The PNCR member, now identified as Bond, at the centre of the questionable transactions, was listed as the lawyer on record for the drafting of the three contracts. 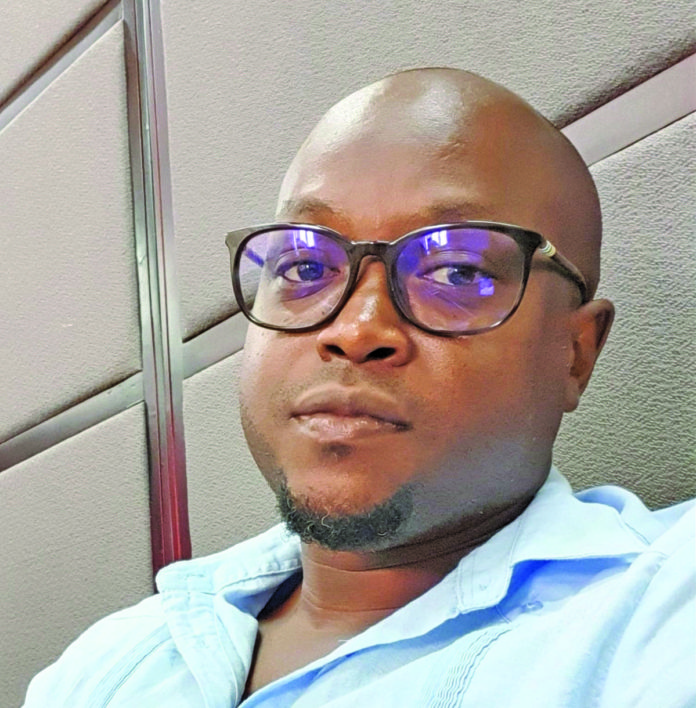 The AG had revealed that in one instance, 20 acres of land was leased for 20 years to a company with its address listed as Third Street, Alberttown, Georgetown. The lands referred to as Plots A1, A2, A3, and A4 amounted to 20.8 acres, which were not valuated prior to the signing of the lease on May 9, 2018, for an annual fee of US$16,224.

The land was later sold to a company connected to the oil and gas industry for US$1 million, which did not go to the owner, rather to the attorney on record. The payments were disbursed in two parts at a commercial bank.

Nandlall said that the address for the company is the same address that the PNCR member has listed on his bank account as his place of residence.

He had indicated that as the Government continues with the review of all the land transactions, they are finding that the APNU/AFC flouted all processes used to lease or divest lands owned by the State. He added that there was a public process whereby members of the public would have been invited to either express an interest or put in a bid or make an offer to buy lands.

In instances where the lands were gifted away, the AG revealed that the David Granger-led Administration did not ask for any evidence of proposed projects to be executed on the lands nor did they assess how the usage of the land would impact the economy and benefit the Guyanese people.

The State Lands Act of Guyana stipulates that when State lands are leased, the lease must state that the lessee must not part with possession without the consent of the landlord (the State) or shall not assign the interest in the lease without the consent of the landlord. If the lessee acts in contravention of that clause, then the State reserves the right to step in and repossess the lands.

However, in the case of the three agreements at Peters Hall, the PNCR member, in drafting the lease agreements, changed that to state: “the lessee may assign, sublet, grant any licenses or otherwise part with the possession and/or purpose and/or dispose of the whole or any part of the demised property or any building or other erection at any time standing thereon or any right or privilege in relations thereto conferred by this agreement.”

A total of 30 acres was leased, in 15-acre blocks, to two companies with both companies having identical leases for identical blocks of land at an identical rental fee of US$11,700 per year for an identical 20 years. Ironically, both leases were signed on the same date – May 17, 2018. One of the companies has its address listed as EE Eccles, EBD, while the other is listed as Grove Public Road, EBD.

Nandlall also stated that the three companies – Alberttown, Eccles and Grove Public Road – appear to be shell companies since they have no assets nor are there any trace of their operations.

The Attorney General had revealed that both companies, by way of Deed of Assignment, sub-leased the land to a Chinese national of Wellington Street, Georgetown, for just $100.

The AG had said that the police, as well as the Special Organised Crime Unit (SOCU), will have to now step in since it appears that there are elements of money laundering and fraud associated with the transactions. (G2)

There are 2 separate things here. Amna disputes the 'flipping' deal but she does not deny the 'fingerng of James Bond.'

Join Now
Ramakant-P replied:
Anybody who keeps $5 million in his house is looking for trouble. That is not something you advertised. Therefore, you have to look at...
Sheik101 replied:
It's not imaginary at all, uncle Rama. Guyana has been lucky and dodging the bullet aka the mighty Atlantic for quiet some time now. God...

Keith replied:
God Is in Control Psalm 103:19-22 In today’s psalm, David discusses a fundamental attribute of God: His sovereignty. This means God has...

GTAngler replied:
I remember going to the Leguan Court with my father which if I remember well is to the left of the stelling as you get off, in the early...

Politics and development
2 hours ago