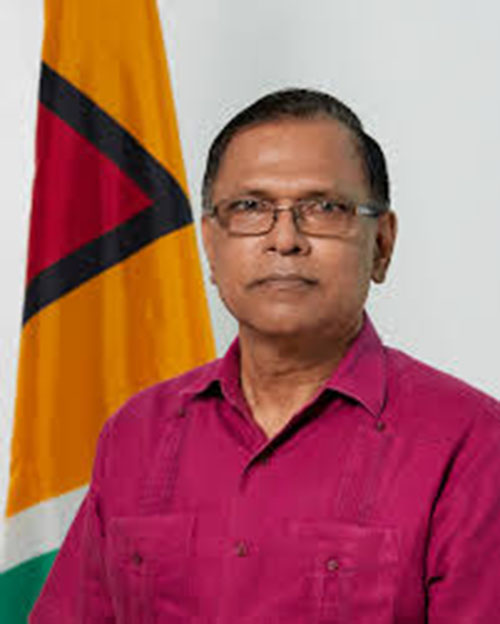 Director-General of the Ministry of Health, Dr Vishwa Mahadeo has assured that the authorities are making every effort to ensure the medical needs of the public are served.

In a Department of Public Information (DPI) release yesterday, Dr Mahadeo stated that the government has ordered and shipped vital medications to alleviate shortages in the health system. This, he said, was in addition to purchasing all medicines available locally to address the “massive” drug shortage the administration encountered upon taking office last year.

In an interview with DPI on Friday, Dr Mahadeo noted that even as the situation improves, there are several options available within the sector to ensure the public is served.

“What are we doing right now to deal with these issues? One, the regional tender boards, they have monies in their budget to purchase drugs and medical supplies as a backup emergency supplies for the shortages that they may have. It will go through the tender board process, and they are going to receive their supplies.

So, although we had initially an emergency purchase for medicines, all the stocks that we had here in Guyana, we bought it out and the companies now have to bring it back again. We are also still awaiting delivery on some of those items,” Dr Mahadeo explained.

However, he stressed that the pharmaceutical companies are not to be blamed for the delays as despite the lead time of six months, companies have been very accommodating and have fast-tracked deliveries.

“There are shortages of medicines across the world. However, like I said, we are working on this. We expect another shipment of medicines from the supplier to be here on Monday. The following Monday, we expect another shipment and they should be large shipments. As soon as we get supplies, however small or large, that comes to the Materials Management Unit, we immediately ship it out, send it to the regions.”

The Director-General also addressed the issue of equipment and noted that government has made provisions in Budget 2021 to replace broken equipment at hospitals with more advanced digital machines.

“The sad thing in the healthcare system is that when you don’t take care of the medical equipment, hundreds of thousands of people suffer, and that has been happening. Let’s take the case of Region Five, there is a very old, antiquated X-ray machine, and machines can have a lifespan, so you have to budget for it, you have to replace it.”

According to the release, some $322 million from the health sector’s $53.5 billion budget allocation will be used to purchase equipment for the Georgetown Public Hospital Corporation (GPHC). Another $2.8 billion has been allocated for the modernisation and expansion of the physical health infrastructure and $35 million to strengthen emergency medical services.

The health sector received some $51.7 billion in the 2020 Emergency Budget, of which $14.3 million was used to procure drugs and medical supplies that were in short supply, the release added.

Sign In To Reply
Post
Current Visitors: 36 (4 members, 32 guests)
Welcome to the Original Guyanese Discussion Forums, first established in 1996. Here you can discuss, ask questions or generally debate anything related to politics, movies, music, health or just gyaff away your day/night here. A note of warning, the Political forum is not for the faint of heart.  We do have some rules, so please adhere to them .
Do not post any messages that are obscene, vulgar, sexually-orientated, racist, hateful, threatening, or that otherwise violate any laws. Do not post any messages that harass, insult (name calling), belittle, threaten or mock other members.

Django replied:
What's deficient of their caliber ? they are all old posters with the exception of "shallyv" .There are claims this place is "dead...

Django replied:
I haven't deleted any of your post on this thread.

shallyv replied:
So, who or what's keeping you here? Kaka loving? Go ask.bird shit for.one.of his specials! It will cheer you up!
shallyv replied:
Laugh, but take his advice, kant!
Book Review: Baytoram Ramharack’s Jung Bahadur Singh of Guyana
1 minute ago

The government’s overdraft at BoG, the fiscal deficit and corruption
5 minutes ago

New News paper on the market
26 minutes ago