The Minister of Local Government and Regional Development, Nigel Dharamlall has instructed the Mayor and City Council (M&CC) to prepare for a forensic audit of the municipality from tomorrow.

At a statutory meeting of the city council yesterday, Acting Town Clerk Julian Orgista made the announcement stating that all areas of the council are expected to be audited. He said that following the instruction for the audit, it is expected that the council will make the necessary arrangements for the accommodation of the staff who will be undertaking the exercise.

Mayor Ubraj Narine, when addressing the issue, stated that while the council is not opposed to  having an audit done, the Terms of Reference must be given to the council.

He further explained that as advised by officials, there is a difference between a forensic audit and an extraordinary audit, and added that the Minister only has the power to order the latter.

He charged that Dharamlall does not know his role and must be schooled on Chapter 28:01 of the Municipal and District Councils Act.

Narine further questioned the manner in which Dharamlall handled the matter.

Quoting the Act, he said that “The auditor shall give the treasurer one month’s notice in writing of the date on which he intends to commence the audit of the accounts of the council.” No such notice was given.

Additionally, he highlighted the sections of the act which spoke to auditing and shared that while the minister has the authority to conduct an extraordinary audit he cannot order a forensic audit.

“(2) An extraordinary audit held under this section shall be deemed to be an audit for the purposes of this Part and the provisions of this Part other than those requiring the preparation and submission of a financial statement of the accounts and the deposit of the accounts together with any book or document relating thereto for inspection and the giving of notice thereof, shall apply accordingly.”

Narine said that he wrote to the Auditor General Deodat Sharma in August of 2020 requesting a financial audit of the council for the year 2019 but did not receive an answer.

He stated that the request came as a result of the council’s decision for the audit to also focus on departmental areas but was informed that it could not be done by the auditor general.

Narine further shared that the council is yet to receive a complete forensic audit report from the auditor general of a previous audit done.

Does Dharamlall have the power to order a Forensic Audit?

Does Dharamlall have the power to order a Forensic Audit?

Apparently he doesn't.  Dharamlall is a chupidee minister.  And, like many chupidee people he is also a big mouth.

When the coalition, A Partnership for National Unity (APNU) + Alliance for Change (AFC) got into office back in May 2015, several forensic audits were commissioned to determine, mainly, the financial state of the inherited government agencies and projects. 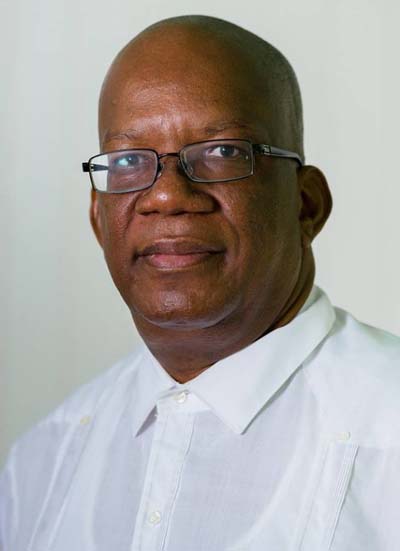 Minister of Finance, Winston Jordan, is now saying that the commissioning of these audits was done by the government without considering the accounting landscape in Guyana.

The Minister said that the government subsequently learnt that there were not many forensic auditors locally at that time.

Jordan said that even though the state contracted a range of local individual accountants and accounting firms, with specific terms of reference, the work product, in several cases, “fell far short” of what one expects from a forensic audit.

The Minister’s remarks have now raised the question of whether the “forensic auditors” that were contracted, could have dug a little deeper.

“Nevertheless, the findings were many, varied and revealing, with several of the reports being given to a special investigative unit to pursue criminal charges, where appropriate,” the Minister added.

The economist also stated that the findings reflected shortcomings in the Auditor General’s systemic and human capacity.

Jordan was at the time, delivering remarks at the 35th Annual Conference of the Institute of Chartered Accountants of the Caribbean (ICAC), which is currently being held at the Marriott Hotel, Kingston Georgetown.

“I do not know whether this problem is peculiar to Guyana or whether it is observed across the Caribbean accounting family. What I would ask is that, over the next few days, you devote some attention to addressing this issue.” Jordan asked of the ICAC.

Over the past few months, government has handed a number of forensic audit reports to the Guyana Police Force (GPF) for further investigations.

These financial audit reports include the National Insurance Scheme (NIS); the National Drainage and Irrigation Authority (NDIA); the Guyana Lotteries Commission; the Scrap Metal Unit; Central Housing and Planning Authority (CH&PA); and the purchase of a Water Cannon for the Commissioner of Police, by the Ministry of Home Affairs during the former regime – the People’s Progressive Party/Civic (PPP/C)’s tenure.

Other final reports of the forensic audits were also handed over to the GPF. These include the Mahaica, Mahaicony, Abary- Agriculture Development Association (MMA-ADA); the Hydrometeorological Office, National Communications Network, Marriott Hotel, Guyana Power & Light (GPL), Go-Invest, and the Guyana Energy Agency (GEA), along with a Report of the Board of Inquiry into Allegations of Wrongdoing, Malpractices and Mismanagement in the purchase of fuel by the Guyana Oil Company (GUYOIL) and GEA.

The decision to have these documents handed over to the Police Commissioner for investigation was made by Cabinet.

Sign In To Reply
Post
Current Visitors: 18 (2 members, 16 guests)
Welcome to the Original Guyanese Discussion Forums, first established in 1996. Here you can discuss, ask questions or generally debate anything related to politics, movies, music, health or just gyaff away your day/night here. A note of warning, the Political forum is not for the faint of heart.  We do have some rules, so please adhere to them .
Do not post any messages that are obscene, vulgar, sexually-orientated, racist, hateful, threatening, or that otherwise violate any laws. Do not post any messages that harass, insult (name calling), belittle, threaten or mock other members.